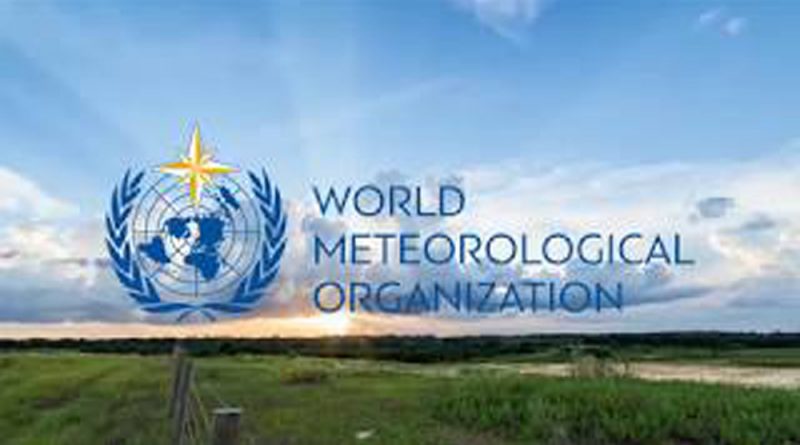 The US is back in the Paris Agreement on climate change. However, President Joseph R Biden needs to demonstrate leadership by taking strict action at home and helping other nations reduce their carbon emissions in a just and equitable manner.

Justice and equality are key here, as developing nations continue to suffer from the ill-effects of global warming, largely a byproduct of reckless development pursued by developed countries at the cost of the environment for decades.

The ‘polluter pays’ argument is apt here and places the onus on rich nations to lead global climate action and help poor countries cope with the high cost of adapting to green technologies and reducing carbon emissions.

The Paris Agreement is an article of faith for the new US President, as the global pact was signed by former US President Barack Obama in 2015 when Biden was his deputy. It suffered a setback in 2017 when then US President Donald J. Trump announced America was quitting the deal, saying it was incompatible with his ‘America first’ message, would be harmful to the economy and take away jobs, especially in the coal-mining sector.

Trump dismantled regulations to curb greenhouse gases from coal-fired power plants, automobile plants and oil wells. In the process, US credibility suffered a dent among the 194 nations that were signatories to the historic pact.

Biden has vowed to restore that credibility. To begin with, he has issued a slew of executive orders to reverse Trump’s decisions and is marshalling the might of the entire federal government towards reducing the country’s carbon emissions and ensuring environmental justice.

Interestingly, Biden returning to the pact and Trump exiting from it happened as a result of the poll promises each leader made to the voters.

A result of 25 years of difficult negotiations and a landmark diplomatic achievement for former US President Obama, the pact requires all the signatory nations, rich and poor, to set goals to curb their carbon emissions so that a rise in the global temperature can be limited to below 2 degrees Celsius, preferably below 1.5 degrees Celsius, by the end of the century.

Before the pact, it was estimated that planet Earth was headed towards a disastrous 3.6 degrees Celsius rise in global temperatures by 2100.

The good news is that around 110 countries have pledged to reduce their carbon emissions, which represents over 60 percent of global emissions and 70 percent of the world economy. That’s the way forward for a green and secure future for all.

However, the trend of some countries going in the opposite direction, needs to be reversed.

If world carbon emissions continue to rise unchecked, Earth’s atmosphere would get hotter, sea levels would rise, super storms would occur and droughts leading to food shortages and mass migrations might be seen ever more frequently.

While there is a consensus on the need to fight the climate crisis, doubts persist over the effectiveness of the Paris pact and these need to be clarified.

The UN World Meteorological Organisation says world temperatures are set to rise between 3-5 degrees Celsius by 2100, beyond the targeted 2 degrees Celsius, while the Climate Action Tracker holds the view that current policies will leave the planet well above the long-term goals of the pact.

At present, China is the largest contributor of greenhouse gases globally, but the US has been burning coal, oil and natural gas for decades.

Moral responsibility for leading the global fight against climate change rests with the US, which has over 4 percent of the world’s population but contributes around a third of excess carbon dioxide considered dangerous for the environment.

While Obama had promised to reduce US carbon emissions by between 26 and 28 percent from 2005 levels by 2025, Biden has pledged a $2 trillion clean energy and infrastructure proposal to reach a carbon emission free electric grid by 2035 and achieve net zero emission levels by 2050, to surpass China’s target of net zero levels by 2060. Net zero means no new emissions are added while the existing ones are absorbed by the atmosphere.

Biden has also ordered all federal agencies to curb production of fossil fuels, revoked permits to the Keystone pipeline from Canada despite resistance at home, and asked the intelligence agencies to evaluate US climate security.

The global fight against climate change is highly desirable but it is going to be costly.

The US needs to restore trust among the nations by providing generous contributions to the starving Green Planet Fund (GPF), set up in 2010 to seek donations from developed countries and help poor nations adapt to climate change, reduce carbon emissions and invest in renewable energy.

Against the $100 billion per year pledged to the fund by 2020, only $7 billion was received, although nations have promised to donate another $10 billion by 2023.

According to a study, US carbon emissions fell by 10 percent in 2020, the largest since World War II as Covid-19 crippled the country’s economy. The same is true for other nations. But once the pandemic is under control and economies are back on track, reducing carbon emissions will be a huge challenge as nations strive to balance growth with environmental concerns.

In 2017, President Trump had halted $2 billion for the GPF as he was opposed to the huge transfer of American wealth to nations that are responsible for polluting the world.

While Russia has targeted reducing emission by 70-75 percent of 1990 levels by 2030, provided full forest absorption capacity is reached, Brazil has backtracked from its pledges to reduce emissions and has sought $10 billion per year to reach zero levels by 2060.

China, the world’s highest carbon dioxide emitter, has already made it clear that its emissions will peak before 2030, while Australia rejected new contributions to the GPF in 2019.

If the US, the United Kingdom, the European Union and Japan set high targets to reduce carbon emissions and work diligently towards achieving them, other nations will be inspired to follow suit.

The Biden administration is prepared to lead global efforts to take the Paris agreement forward but would need partnerships with influential groups like the G20 and the G7 to push the envelope.

The UN Climate Conference, to be hosted by Britain in November this year, will be another opportunity to urge signatory nations to revise their carbon emission targets, known as nationally determined contributions.

Former US Secretary of State John Kerry is leading the largest team of experts in the White House as Biden’s special climate envoy to push the US President’s green agenda and reassert the country’s influence globally.

‘We have the tools, let us unlock them with political will,’ UN Secretary-General Antonio Guterres remarked as he welcomed the US back into the fold of the Paris pact.