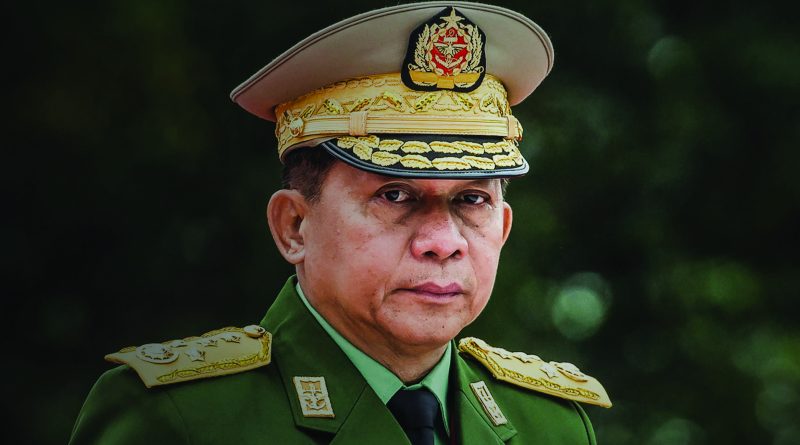 Nicholas Nugent considers the factors behind the military takeover in Myanmar, and future prospects for the army, the government and the people

Early on the morning of February 1, the day Myanmar’s new parliament was due to convene, the country’s army, the Tatmadaw, detained elected leaders of the ruling National League for Democracy, including Nobel Peace laureate Aung San Suu Kyi, assuming power themselves.

In an address on Army Television, Military Commander General Min Aung Hlaing declared a state of emergency, promising fresh elections after a year. He claimed there had been fraud in last November’s polls, which gave Ms Suu Kyi’s National League for Democracy (NLD) 83 per cent of elected seats and the military-backed Union Solidarity and Development Party (USDP) just 7 per cent.

The army’s dismissal of parliament and assumption of power provoked widespread protest from abroad, including by the United Nations, whose only reservation about the elections – declared in advance – was that the franchise was denied to Rohingyas and other ethnic groups in a number of regions where insurgency was said to be rife.

Inside the country, the military takeover provoked a massive outbreak of street protests and civil disobedience, much of it expressing support for Aung San Suu Kyi’s leadership. Doctors, nurses, dock workers and employees of the central bank were among those who downed tools and joined the protest. Other demonstrators lay down on railway tracks to prevent trains running.

Two key countries, China and Russia, have neither protested nor threatened sanctions

While NLD leaders including Ms Suu Kyi and President Win Myint were held under house arrest in the capital Naypyidaw, at least 70 members of the Pyidaungsu Hluttaw, the upper house of parliament, were reported to have taken their oaths of office in defiance of the military and to be holding sessions in secret.

General Min Aung Hlaing was known to harbour ambitions to become president in the new parliament, or when he reaches the compulsory retirement age of 65 in July. He was believed to have been negotiating with Ms Suu Kyi, who holds the position of State Counsellor (equivalent to prime minister) because the constitution prevents her from assuming the presidency. She opposed his ambition, believing the military already hold a dominant position in power through its nominees to both the cabinet and parliament. The military drafted the current constitution in 2008 which, far from ushering in true democracy, has entrenched its own role in government.

According to think tank the International Crisis Group (ICG), the ‘toxic personal relations’ between the general and the NLD leader were factors behind the coup, and November’s election triggered a crisis within the armed forces. ‘Myanmar’s military had two major problems on its hands: Aung San Suu Kyi’s persistent domestic popularity and its own enduring unpopularity, as evidenced by the USDP’s abysmal performance.’

Disbelieving the evidence of the election as a touchstone of public opinion, General Min Aung Hlaing may have underestimated the popular reaction to the military takeover, the fifth since 1962. This time the popular protest movement seems louder and more widespread than ever.

On Myanmar’s streets the general is accused of ‘lawba, dawtha and mawha’ – greed, anger and ignorance – for putting personal interests ahead of those of the nation. Apart from presidential ambitions, he is believed to have benefited from the army’s extensive involvement in commercial activities, which range from brewing to the management of ports, through the military-controlled Myanmar Economic Corporation (MEC) and Myanmar Economic Holdings Limited (MEHL).

The magazine Asia Times reports the general and his wife are directors of Nyein Chan Pyae Sone Manufacturing and Trading Company. Their son, Aung Pyae Sone, owns a medical supplies company and a leisure resort, while daughter Khin Thiri Thet Mon runs a media production business. None of this is unusual for the family of a senior general in Myanmar, though it does illustrate the close links between the army and commerce.

Since the coup, two Japanese companies, Suzuki and brewer Kirin, have cut their links with MEHL and Singapore-based venture capitalist Lim Kaling, who has done business in Myanmar since 1993, says he is ending his involvement in cigarette production there.

So what are the prospects for the coup succeeding, given the campaign of civil disobedience and hacking of government websites that risk bringing the administration to a standstill? Much will depend on how foreign governments proceed. The new United States administration, the European Union and the former colonial power, Britain, warned the military over its locking up of elected politicians while the UN’s Myanmar envoy Christine Schraner Burgener, after speaking on the telephone to deputy military chief Soe Win, called for the immediate release of those detained.

General Min Aung Hlaing was already under sanction as the military leader when the Tatmadaw led a pogrom against Rohingyas in Rakine state, in which an estimated 10,000 people were killed and three quarters of a million sought refuge in Bangladesh in 2017. Britain, the US and Canada were quick to announce fresh sanctions against named senior officers and army ministers.

Two key countries, China and Russia, have neither protested nor threatened sanctions, and blocked a negative vote against Myanmar at the UN Security Council. China–whose Global Times referred to the takeover as ‘a major cabinet reshuffle’–may have received assurances that its substantial investments in Myanmar will be protected. Chief among these is the China-Myanmar Economic Corridor, valued at over $20bn. China is also involved in jade and other mining operations, and the Tatmadaw regards China as a key economic partner.

Russia, like China a major supplier of arms to Myanmar, may consider its interests have been advanced by the military takeover. The London Sunday Times reported that Russian Defence Minister Sergei Shoigu visited the country a few days earlier, apparently to sign an agreement for new arms purchases. General Min Aung Hlaing, who has met Mr Shoigu several times, was reported by the paper to have toasted Russia as ‘a loyal friend’.

The paper notes that Mr Shoigu, who comes from the Siberian province of Tuva, is the son of a Buddhist father, which could explain his close interest in predominantly Buddhist Myanmar. It was no surprise that Russia-made armoured vehicles were prominent on the streets of Myanmar’s cities following the coup.

Fellow members of the regional ASEAN grouping also held back in criticising their neighbour. Military rule is generally on retreat in Asia–notably from Indonesia and Bangladesh–while in Thailand the former army chief has reinvented himself as a civilian prime minister. In Pakistan, which may have been a model for Myanmar, the army has preferred to exert its control from outside government.

General Min Aung Hlaing seems determined to prevent Aung San Suu Kyi from standing in a future election, hence the bringing of relatively minor charges against her. A criminal conviction prevents someone from sitting in parliament.

One certain prediction in an otherwise uncertain scenario is that the Tatmadaw will have difficulty enforcing its rule unless it takes firm action, such as opening fire on Myanmar’s disobedient protestors and strikers. At the time of writing it has mainly used water cannons and non-lethal rubber bullets, though a handful of protestors have died after being shot by the military.

Also, the longer it detains Ms Suu Kyi and other political figures the more it will turn them into martyrs for democracy.

Nicholas Nugent has been reporting Burma and Myanmar over several decades