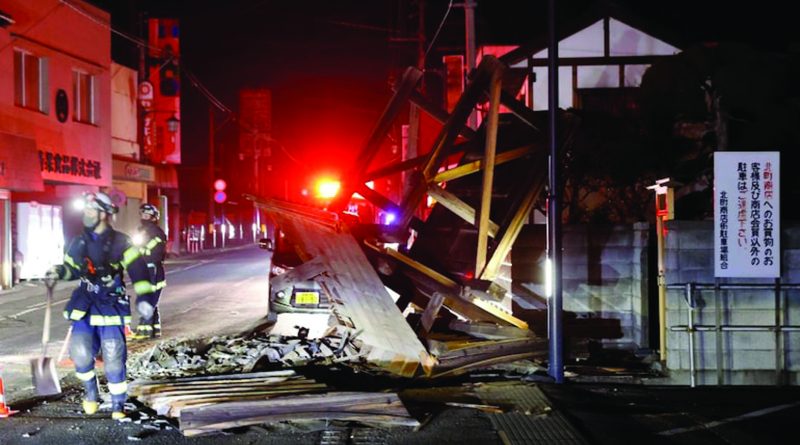 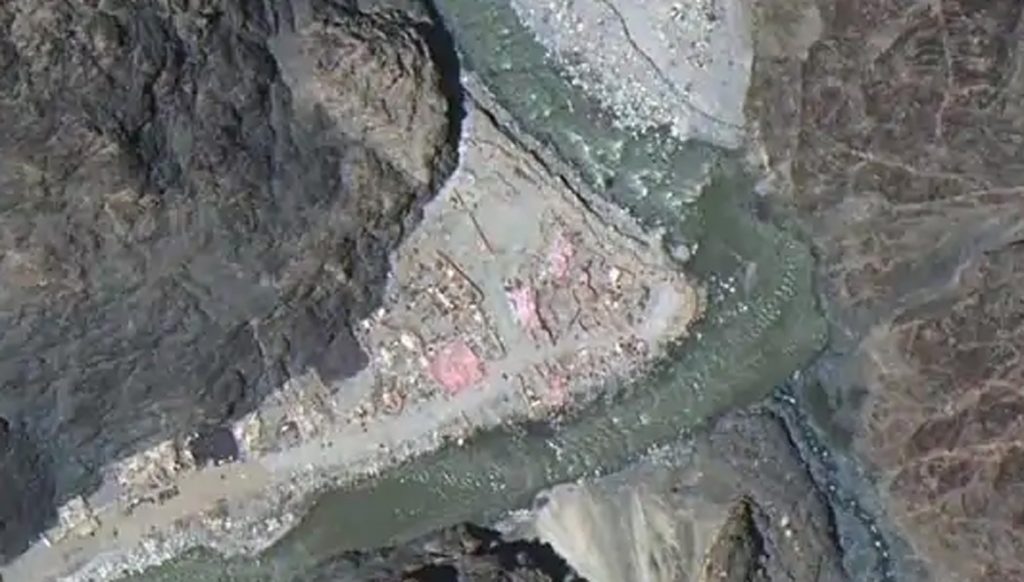 Satellite images reveal that China has dismantled dozens of structures and moved vehicles to empty out military camps along a disputed Himalayan border, where Indian and Chinese troops have been locked in a face-off since last summer. The nuclear-armed neighbours recently announced plans to withdraw troops, tanks and other equipment from the banks of Pangong Tso, a glacial lake in the Ladakh region that became a flashpoint in the prolonged border dispute. An Indian official indicated that similar action is happening from India’s side.

Jailed Hong Kong media tycoon Jimmy Lai has been arrested again, on suspicion of assisting one of 12 fugitives China captured at sea last year, according to his Apple Daily tabloid and Oriental Daily.Lai, detained while awaiting a Feb. 18 bail hearing, has been charged with colluding with foreign forces under a sweeping national security law that Beijing imposed on Hong Kong last year.The fugitives could face charges in Hong Kong over mass anti-government protests in 2019. 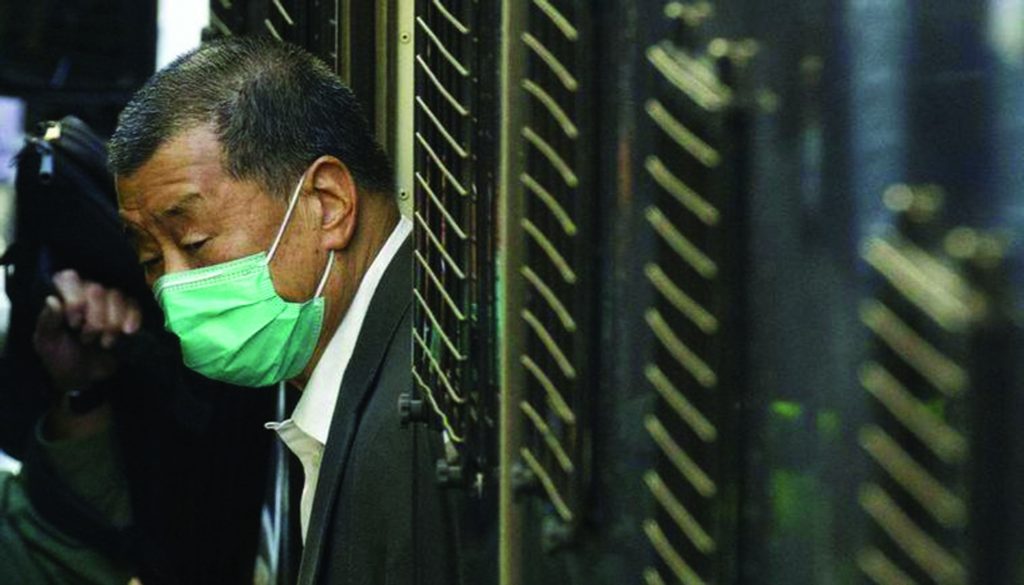 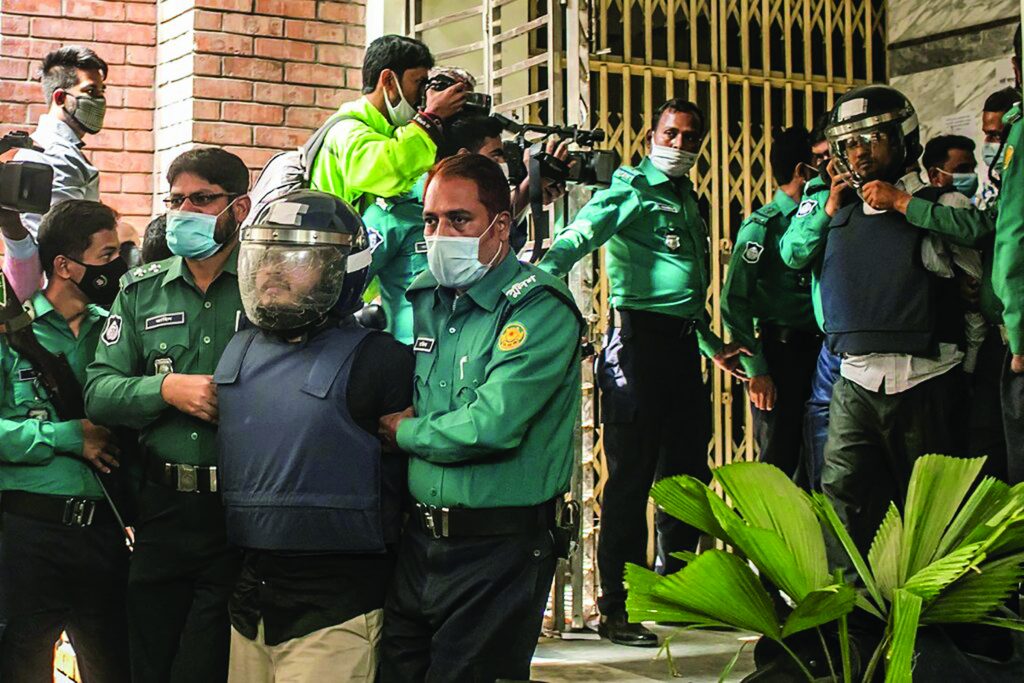 A Bangladesh court has meted out death sentences to five members of an Islamist militant group for the Feb. 2015 murder of a blogger critical of religious extremism. Avijit Roy, a US citizen of Bangladeshi origin, was hacked to death by machete-wielding assailantsbelonging to the al-Qaeda-inspired militant group Ansar Ullah Bangla Team, which police say is behind the murders of more than a dozen secular activists and bloggers. The verdict was delivered amidst tight security at the Special Anti-Terrorism Tribunal in Dhaka.

The fallout from a catastrophic flash-flood in north India’s remote Rishiganga Valley has hit the capital New Delhi more than 500 km downstream, leaving tens of thousands of residents without water. Authorities blamed the shortages on huge amounts of mud and debris from the Feb. 7 deluge, which left more than 50 dead and 150 missing, and destroyed a power complex, roads and bridges. The valley, in Uttarakhand state, is 530km upstream to the north-east of Delhi but its water is a crucial supplier for the city.

Japan swiftly restored its power supplies after a magnitude-7.3 earthquake struck off Fukushima on Feb. 13, injuring some 150 people and temporarily cutting power to almost a million households. The powerful tremor, which was felt in Tokyo, occurred just one month before the 10-year anniversary of the 2011 earthquake and tsunami that led to a meltdown at three nuclear units of Fukushima Dai-ichi nuclear plant and left around 19,000 people dead or missing. Japan’s national meteorologist said that latest tremor was an aftershock of the 2011 quake. 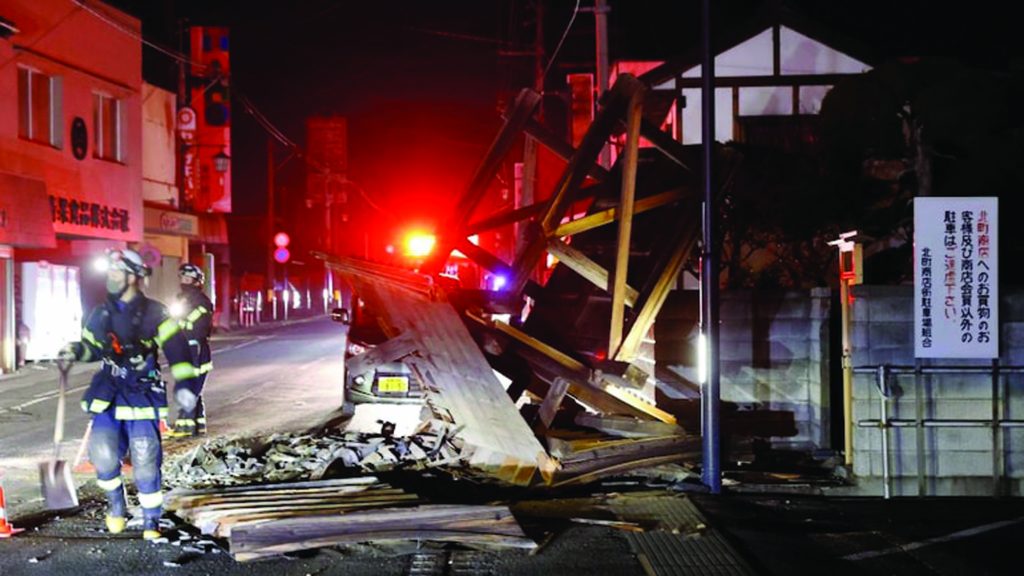 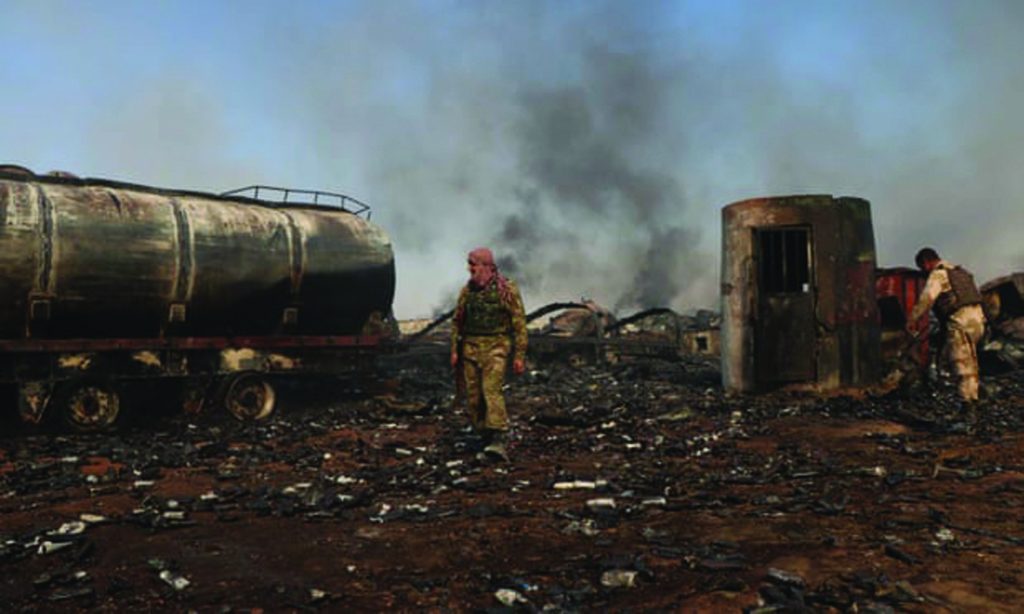 New Zealand is to pull out the last of its military personnel from Afghanistan in May, bringing to an end a 20-year deployment. Making the announcement, Prime Minister Jacinda Ardern said Afghanistan’s internal peace process represented the best prospect for an enduring political solution in the troubled country, meaning the New Zealand Defence Force was no longer required. Some 3,500 New Zealanders have served in Afghanistan since 2001, including special forces, reconstruction teams and officer training specialists – although the deployment has been steadily reduced in recent years.

Australian Prime Minister Scott Morrison has marked the 13th anniversary of an official government apology to the country’s indigenous population for their historic mistreatment. Recalling the landmark 2008 parliamentary apology to members of the so-called ‘Stolen Generations’, led by then Premier Kevin Rudd, Morrison said past actions, including the removal of more than 100,000 Aboriginal children from their families and communities, had to be acknowledged. ‘In acknowledging that fact, I repeat the words of my predecessor… I am sorry,’ Morrison told Australia’s Parliament.

South Korea’s military claims to have captured a North Korean person who crossed the heavily fortified border between the two countries in a rare potential defection amid the coronavirus pandemic. The individual was found on 16 Feb. near a checkpoint on the eastern side of the Demilitarised Zone (DMZ) separating the two Koreas, setting off an urgent search operation. In a statement, the Joint Chiefs of Staff (JCS) said that the unidentified person had been taken into custody and an investigation was being carried out.