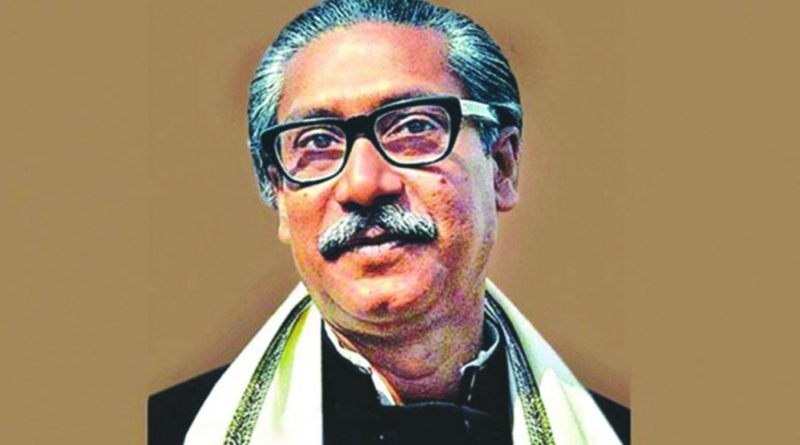 In the minutes approaching midnight on 25 March 1971, the Pakistan army launched Operation Searchlight all over Dhaka to quell the Bengali struggle for democracy in what was at the time a united Pakistan. Soldiers fanned out all over the city, killing students, academics and general citizens in what would turn out to be a nine-month period of genocide in Pakistan’s eastern province.

Minutes after 25 March gave way to the 26th, Sheikh Mujibur Rahman – revered by his people as ‘Bangabandhu’, friend of Bengal – declared the independence of Bangladesh, effectively making it known that East Pakistan was no more, that in its place had arrived a sovereign republic of Bengalis. Sometime later, Mujib was arrested by the Pakistan army.

The rest is, of course, history.

Fifty years after the emergence of Bangladesh as a sovereign entity in 1971, it would be well to sit back and reflect on the difficult road the country has travelled, the gains it has made and the grievous pains it has endured. The story of Bangladesh, in terms of broad history, can by no stretch of the imagination be considered to be over yet. New chapters have consistently been written, revealing the struggle of its people for a decent living, for decent politics, for rule of law.

At this point in time, Bangladesh is poised to graduate from a low-income nation to a middle-income country, which says a good deal about the economic advances the country has made, despite all the impediments it has faced. GDP growth, until the outbreak of the Covid-19 pandemic, was a healthy seven per cent-plus. In these past three decades, the country’s economy has rested on two crucial factors. In the first place, the readymade garments (RMG) sector has underpinned, in a very large way, the economy through exports, thereby ensuring a steady income for tens of thousands of citizens. In the second, the remittances sent by Bangladeshi workers in the Middle East and elsewhere have thrown up positive results at home, both for the families of the workers and the national economy.

Since 1991, the process of democracy, in however flawed a form, has gone on

Of course, in this 50th year of independent existence, Bangladesh’s economy is under considerable strains owing to the coronavirus pandemic. The assumption, though, is that with a let-up in the pandemic, conditions will gradually and painstakingly go back to normalcy. There is little question that the pandemic is one of the biggest crises the country has faced. Add to it the many convulsions Bangladesh has gone through in these fifty years.

Since early 1991, it has been the national endeavour to have democracy dig deep roots in the country. One cannot quite say that democracy is yet on firm ground, that institutions are strong, that elections do not have any questions attached to them. Even so, the process of civilian governments taking over through elections has remained undisturbed since the departure of the last military regime in December 1990.

That brings one to the issue of the manner in which Bangladesh’s politics has been disturbed through the employment of extra-constitutional means. In August 1975, Sheikh Mujibur Rahman and nearly his entire family were wiped out in a bloody coup carried out by renegade soldiers of the Bangladesh army. Three months later, the four leaders of the 1971 government-in-exile – Tajuddin Ahmad, Syed Nazrul Islam, M. Mansoor Ali, A.H.M Kamruzzaman, all instrumental in waging guerrilla war, through Indian moral and material assistance, against Pakistan and leading Bangladesh to battlefield triumph – were assassinated in the putative security of Dhaka central jail, where they had been lodged after Mujib’s murder. Over the subsequent few years, a large number of Bengali freedom fighters, all senior officers in the army, died in internecine conflict. The country’s first military ruler, General Ziaur Rahman, responsible in post-1975 circumstances for the rehabilitation of the local collaborators of the Pakistan occupation army in Bangladesh’s politics, thereby taking Bangladesh down a revisionist path, was himself assassinated by soldiers in May 1981

The trial of Sheikh Mujibur Rahman’s assassins remained beyond the purview of the law owing to an indemnity ordinance promulgated and then made part of an amendment to the constitution by his successors. It was not until his daughter Sheikh Hasina led his party, the Awami League, back to power 21 years after the cataclysm of 1975 that the ordinance was repealed and the process of a trial undertaken. And since 1991, as already noted, the process of democracy, in however flawed a form, has gone on. It can reasonably be argued, therefore, that in the political sense of the term, Bangladesh at present is a stable entity, with pluralism defining the system all the way from village level to the stage of the national parliament, the Jatiyo Sangsad.

In these 50 years, Bangladesh has battled insurgencies and militancy in varied forms. Islamist groups determined to upend the secular ethos of the country have murdered liberals and free-thinkers; and outfits such as the Hefazat-e-Islam have remained vocal against women’s rights. Such elements remain a threat to democracy, but with the government adopting a zero tolerance stance towards all threats to the liberal ethos, as outlined in the constitution adopted in 1972, these anti-democratic forces remain in check. Yet more remains to be done, given that Wahhabism has been making inroads in the country.

In its dealings with other nations, Bangladesh has since its inception based its foreign policy on the principle of friendship with all and malice towards none. Its relations with India, despite such issues as a sharing of the waters of the River Teesta, have always been close. A broad range of economic links underpins Dhaka-Delhi ties. The tenor of the relationship, set in motion by Prime Minister Indira Gandhi and Prime Minister Sheikh Mujibur Rahman in 1972, has remained in place. Prime Minister Narendra Modi is expected to be in Dhaka for the golden jubilee celebrations of Bangladesh at the end of March.

Bangladesh’s ties with China have been growing, though with a degree of wariness, in these past few years. With Russia, with the European Union, the United States and other nations, relations have been satisfactory. At the United Nations and other global bodies, Dhaka has been playing a constructive role since the liberation of the country.

At home, the government of Prime Minister Sheikh Hasina can justifiably take pride in its achievements in such areas as social security, education and healthcare. Agriculture has made admirable progress and no one goes hungry in the country anymore. Entrepreneurship has been expanding, a remarkable aspect of it being the entry of women into business. Bangladesh’s contribution to United Nations peace-keeping around the globe is a matter of pride for the country. Its women today are part of the civil service, the armed forces, academia and other significant services. The completion of the Padma Bridge, with the government’s own resources, is a remarkable instance of progress in the history of a country many tended to dismiss as a basket case in the early 1970s.

In 1971, Bangladesh’s people waged a strenuous guerrilla struggle for survival in the aftermath of a genocide launched by an alien army. Fifty years on, the present generation of Bangladeshis acknowledges the stability which defines their lives and looks forward to a consolidation of democracy and everything it entails – rule of law, freedom of the media, better access to social services, strong and purposeful politics, good governance – as they go beyond 2021.