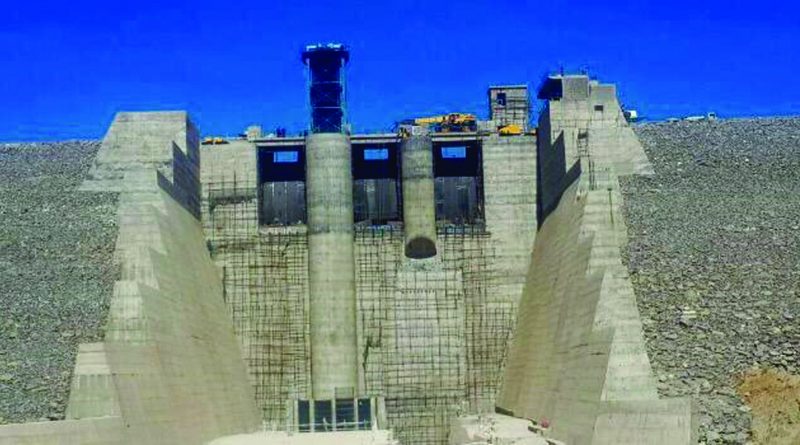 The weight of water

An India-built dam on the Kabul River will help Afghans and boost Indo-Afghan ties – though the project could trigger Af-Pak conflict and militant attacks, warns  Sudha Ramachandran

On February 9, India and Afghanistan signed a Memorandum of Understanding (MoU) on construction of the Shahtoot Dam across the Kabul River.

The dam, which will cost $236 million to construct, will take India three years to complete. It will provide drinking water to around 2 million of Kabul’s residents, irrigate over 400,000 acres of land, generate electricity and improve Afghanistan’s flood management efforts.

This is the second dam that India is building in Afghanistan. As with the Afghan-India Friendship Dam, which was inaugurated in 2016, the Shahtoot dam will bring positive change in the lives of the Afghan people, generate public goodwill and boost India-Afghanistan relations.

However, not everyone is likely to be happy with its construction. There is apprehension in Pakistan that the damming of the Kabul River will impact its water security.

The 700-km-long Kabul River originates in the Hindukush mountains in central Afghanistan. It runs eastward past the Afghan cities of Kabul, Surobhi and Jalalabad and just ahead of the Afghanistan-Pakistan border, it is joined by the Kunar River, which originates in Pakistan. Augmented by the waters of the Kunar, the Kabul River then crosses into Pakistan’s Khyber-Pakhtunkhwa province and, after flowing past the towns of Peshawar and Nowshera, empties its waters into the Indus River near Attock.

Although it is the River Indus that is Pakistan’s main lifeline, the Kabul River is important to the country’s water security. The river meets the needs of around 2 million of Peshawar’s population, irrigates farmland and powers the Warsak Dam in the Peshawar Valley, as well as swelling the waters of the River Indus.

Given that Pakistan is a largely agricultural country that is already water-stressed, Islamabad is apprehensive that the Shahtoot dam will divert water from the Kabul River and reduce water flow into Pakistan. Such apprehensions are being further fuelled by reports in the Pakistani media that Afghanistan plans to build 12 dams on the Kabul River.

It must be noted, too, that even as Afghanistan’s water infrastructure was falling apart, Iran and Pakistan were benefitting from the unchecked flow of rivers originating in Afghanistan. Their criticism of Afghanistan’s dam-building activity now stems from a reduction in their excessive drawing of transboundary river water for decades.

It does seem that, at least as far as the Shahtoot dam goes, it is India-Afghanistan collaboration rather than the dam itself that is drawing Pakistan’s ire.

While Afghanistan is keen on the Shahtoot Dam project and has been pursuing its implementation with India, New Delhi seems to have been dragging its feet. It was to finalise the deal in 2018 but it was only in February this year that an MoU was signed. How soon India will begin work on the project remains to be seen.

India’s experience with construction of the Afghan-India Friendship Dam indicates that it will have to contend with several challenges when work on the Shahtoot Dam begins.

Implementation of the project was not easy; the project came under repeated fire from its opponents. Militants and local mafias abducted, attacked and even killed Indians working on the project. The project’s completion in 2016 was possible only because the Indian government stood its ground in Afghanistan and did not allow the dam’s opponents to determine the future of the project.

Work on the Shahtoot Dam, too, will come under pressure from its opponents. Attacks by the Taliban, the Haqqani Network and the Islamic State of Khorasan Province can be expected on project infrastructure and personnel. There are terror groups like the Jaish-e-Mohammed and the Lashkar-e-Toiba too who will be willing to carry out orders from their patrons in the Inter-Services Intelligence to attack the project.

So far, India has repeatedly shown that it will not be intimidated by hostile forces operating in Afghanistan. It should implement the project swiftly.

Afghanistan has avoided negotiating water-sharing treaties relating to transboundary rivers with its neighbours for several reasons. For one, till recently it was not building hydropower infrastructure on these rivers and hence saw little need to enter into water-sharing treaties. Besides, it lacks hydrological and other data as well as technical expertise to put up a strong case at negotiations and has therefore been reluctant to enter into dialogue on water-sharing with its more powerful neighbours.

But avoiding water-sharing treaties or dialogue on the matter is not in Afghanistan’s interest. Neither Iran nor Pakistan is averse to creating trouble for Afghanistan. During the construction of the Afghan-India Friendship Dam, Iranian officials reportedly used Taliban fighters to sabotage the project. The possibility of Pakistan using terrorists to derail the Shahtoot Dam cannot be ruled out.

Building dams on its rivers, including the transboundary ones, is in Afghanistan’s long-term interest. Just as important is entering into dialogue with its neighbours on water-sharing.

However, given the extreme political instability in the country, dialogue on water-sharing with neighbours is unlikely to get the attention it deserves in Kabul.