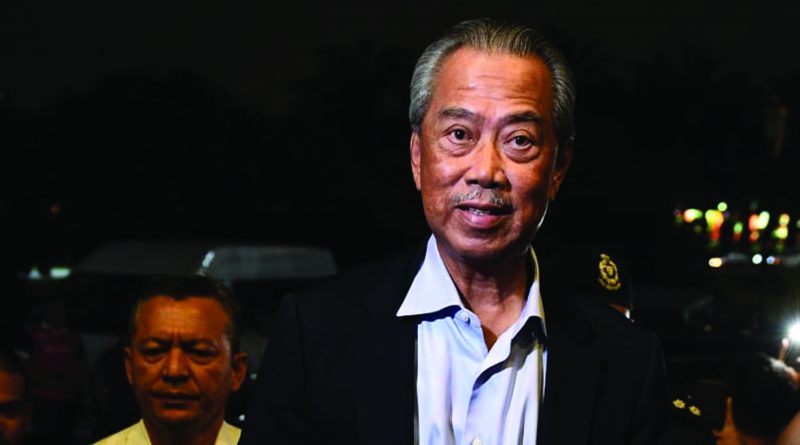 Malaysia has imposed severe restrictions on people’s daily activities as it rolls out a Covid-19 vaccine programme, while the King has suspended parliament and halted elections. Duncan Bartlett considers the social and political implications

Two views prevail on the current state of emergency in Malaysia.

The official theory is that it is a necessary step to combat coronavirus, as well as a response to a recent spate of heavy flooding. The other is that it has been largely politically motivated, bearing similarities to a coup.

With Malaysia less affected by Covid-19 than some other countries – by mid-February the official death toll from the disease was around a thousand people out of a population of some 32 million – the latter idea has a worrying degree of credibility, especially given Malaysia’s past history. Since the corrupt former prime minister Najib Razak was removed from power in 2018, the country has only managed to take a few faltering steps towards establishing a stable democratic government.

The declaration of the state of emergency was made on January 12, 2021 by His Majesty the King Yang di-Pertuan Agong – Malaysia’s Head of State – on the advice of the Prime Minister, Muhyiddin Yassin. The reasoning behind it was made clear: to urgently curb the pace of the COVID-19 contagion.

The government says the King’s decision followed ‘independent, careful considerations’ into protecting the wellbeing of the people. Citizens were told that the crisis caused by the pandemic has prompted many countries to declare emergency measures, both in Asia and beyond.

Although the state of emergency in Malaysia is due to be lifted by August 1, it could be relaxed earlier if the situation improves.

Local media are cautious regarding what they say about politicians

Earlier this year, Malaysia took delivery of 12.8 million doses of a vaccine jointly developed by the US biopharmaceutical company Pfizer and its German partner BioNTech. The government had allocated 300,000 doses for frontline medical workers and 200,000 doses for non-medical frontliners, including security personnel, welfare officers and politicians.

Prime Minister Muhyiddin was due to receive his vaccine on February 26 and he promised that, when the programme has been successfully implemented, the country will begin to feel a positive impact.

‘Various sectors of the economy will be reopened, like tourism. We can visit one another and play sports, while adapting to the new normal,’ he said.

So, what about the theory that the state of emergency is actually a covert step towards authoritarianism by Mr Muhyiddin, who has only been in office since March 2020?

After all, he did not become Prime Minister following a general election but was selected by the King after the unexpected resignation of his predecessor Mahathir Mohamad, who was 94 years old.

Mr Muhyiddin led a coalition which was becoming increasingly fractious and seemed on the verge of implosion. If he had been forced to resign following a no-confidence vote because of these problems, Malaysians could reasonably have been expected to go to the polls this spring.

Yet the king has suspended parliament and halted elections, thus buying the Prime Minister time to consolidate his power.

Some reactions have been angry. ‘Do not hide behind Covid-19 and burden the people with a declaration of emergency for the sake of saving yourself,’ Pakatan Harapan, the main opposition bloc in parliament, said in a statement.

The state of emergency means the political stalemate remains in place until at least the summer, thus keeping Mr Muhyiddin in power. The opposition say he has been continuing systems of patronage which give preference to the country’s ethnic Malay majority and make life difficult for its Chinese and Indian minorities.

However, local media are cautious regarding what they say about politicians. The government has recently curbed online criticism by using regulations aimed at combating fake news and hate speech.

Jerald Joseph from the Human Rights Commission of Malaysia says that ‘even a good journalist doing their job properly can get into trouble’, and the threat of closure, lawsuit or even arrest means there is a degree of self-censorship within the media. Mr Joseph believes this also creates fear among people who plan to draw attention to corruption.

Former opposition leader Anwar Ibrahim, meanwhile, has accused the mainstream media of ‘nothing but incessant propaganda’.

In such an environment, it has been difficult for people to get a clear understanding of the true motivation behind important decisions, such as the suspension of parliament and elections.

But those who listen to dissenting views are likely to consider that health may not be the only factor behind the strict social controls imposed on Malaysia.

Duncan Bartlett is the Editor of Asian Affairs and a Research Associate at SOAS China Institute, University of London