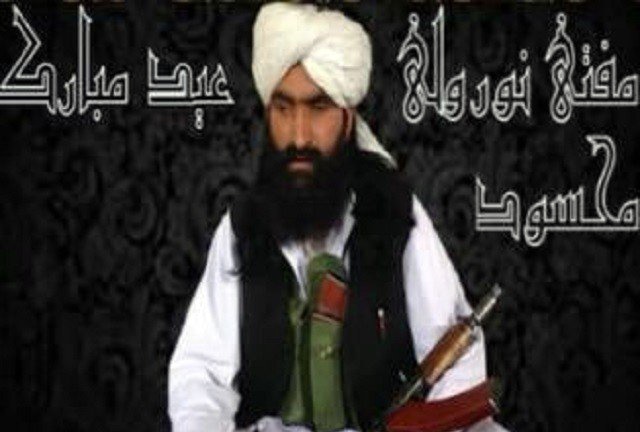 Rise of the Islamists

Amidst the country’s continuing volatility, Rahimullah Yusufzai charts the upsurge in militant violence and radical political groups, which pose a threat to more secular and centrist parties

Pakistan is suffering both political instability and security challenges, even though the economy is showing signs of recovery and the Covid-19 pandemic is slowing after having peaked.

Political instability was evident in the recent by-elections for several seats of the National Assembly and the provincial assemblies in the four provinces of Pakistan. The outcome triggered controversy amid allegations of rigging made by all the losing parties, and violence involving activists of two major political parties, Pakistan Tehreek-e-Insaf (PTI) and Pakistan Muslim League-Nawaz (PML-N), in Punjab’s Daska constituency caused the deaths of two people.

The by-elections are being viewed as a trailer for the more important Senate elections scheduled to take place on March 3. The result of these polls will determine if the ruling PTI becomes the dominant party in the Upper House of Parliament, as expected, and attains the capability to pass legislation it considers important to implement its reforms agenda.

Pakistan’s political polarisation is increasing as the 11-party opposition alliance, Pakistan Democratic Movement (PDM), is challenging the by-elections’ results where its component parties lost to the PTI. The PDM is also gearing up to stage its long-awaited ‘long march’ to the federal capital Islamabad on March 26 by mobilising thousands of its supporters in a bid to paralyse the government and force Prime Minister Imran Khan to resign.

Following the rigging allegations, the Election Commission of Pakistan has ordered a fresh poll in NA-75 Sialkot in the Daska constituency. The ruling PTI, which claimed to have won the seat, is unhappy about the ECP’s decision and has decided to challenge it in the Supreme Court. In present-day Pakistan, most political issues end up in the high courts and Supreme Court due to the inability of politicians to resolve them through negotiations. The superior judiciary has thus become the arbiter of disputes that should have been resolved by political parties.

As political polarisation increases uncertainty in the country, violence continues to surge in Balochistan and in North Waziristan in Khyber Pakhtunkhwa province in the two corners of Pakistan. Militants have targeted the security forces, police personnel, pro-government elders and workers of non-governmental organisations. This rising violence has become a cause for acute concern as the public was hoping the situation would improve further, given the dramatic fall in acts of terrorism in recent years.

One of the gravest recent incidents happened on February 22, when four female trainers teaching sewing and embroidery skills to women in the under-developed, militancy-hit North Waziristan tribal district were assassinated in broad daylight by unidentified gunmen. The women, who belonged to the adjoining Bannu district, were working for a non-governmental organisation and used to be driven to Mir Ali in North Waziristan to teach at the vocational centres. No militant group has claimed responsibility for the attack but suspicion immediately fell on the local Pakistani Taliban who have stepped up attacks in recent months. The group has a history of targeting women in brazen violation of local cultural and religious norms; one such incident that gained global attention was the October 2012 attempt on the life of young education activist Malala Yousafzai, who survived and later won the Nobel Peace Prize.

According to figures assembled by the local media, attacks by militants killed more than 58 people last year, including tribal leaders and security forces personnel. The people are now questioning the government’s ability to stop the attacks in view of claims by the military that all the former tribal areas, including North Waziristan, have been cleared of militants, who mostly escaped to Afghanistan and found safe havens there.

In Balochistan, too, terrorist attacks have increased. In the most recent, five soldiers of the paramilitary Frontier Corps were killed and two injured in two separate attacks, in which remote-controlled bombs were used. The rise in attacks – not only in Balochistan but also in places like Karachi, Pakistan’s biggest city and the capital of Sindh province – is being attributed to disparate Baloch separatist groups having formed an alliance, and the greater availability of resources, allegedly provided to them by countries hostile to Pakistan. The Baloch separatists have publicly declared time and again that they were targeting both the state of Pakistan and Chinese firms and engineers working on the Beijing-sponsored China Pakistan Economic Corridor (CPEC) projects, as these exploit Balochistan’s resources.

The increase in militant attacks in North Waziristan, elsewhere in Khyber Pakhtunkhwa and the rest of the country is also the result of the unification of splinter groups that have broken away from the Tehreek-e-Taliban Pakistan (TTP) in the past decade, due to personality and leadership disputes. The Jamaatul Ahrar and its breakaway faction Hezbul Ahrar have merged with the TTP and pledged allegiance to its head, Mufti Noor Wali Mehsud. Other small militant factions, too, have returned to the TTP fold and are now pooling their resources to launch terrorist attacks in Pakistan by using their bases in Afghanistan.

For the first time, the military recently commented on the January 2020 escape of TTP spokesman Ehsanullah Ehsan, who had surrendered to the army in 2017 and given confessional statements accusing the Afghan and Indian intelligence agencies of using Pakistani militants to destabilise Pakistan. He escaped from a safe house run by a Pakistani intelligence agency and later sent a recorded message saying he had reached Turkey. However, it is widely believed he fled to Afghanistan where other Pakistani militants are based.

During an interaction with foreign journalists. a military spokesman termed Ehsan’s escape as a serious issue and said efforts were being made to re-arrest him. He added that military officials responsible for keeping him in custody had already been punished. Ehsan’s escape has caused embarrassment to the government, particularly the army, and questions have been raised as to how such an important prisoner managed to flee.

Another constant headache for the government is the Tehreek-i-Labbaik Pakistan (TLP), which draws support from the Sunni Barelvi sect and is one of the most radical, politically active Islamic groups. The TLP – which has twice in recent years held huge sit-indemonstrations, blockading Faizabad Square linking Islamabad with the twin city of Rawalpindi –called off its latest protest in Islamabad after reaching a new agreement with Prime Minister Imran Khan’s government over its demands that the French ambassador to Pakistan be expelled over France’s anti-Islam policies, French products be boycotted at the state level, and Islamabad should not appoint an ambassador to France. It also wanted the release of its arrested workers. The TLP agreed to call off its protest after extending its deadline for acceptance of its demands until April 20. The government had failed to fulfil its commitments made to the TLP after signing an earlier agreement in November last year, but the prime minister has now said the group’s demands will be placed before Parliament prior to the TLP’s April 20 deadline.

The TLP is now led by Saad Hussain Rizvi, the young son of the late Khadim Hussain Rizvi, who died last year after leading the group he founded to campaign for action against those accused of blasphemy against the Prophet Mohammad (peace be upon him). His fiery speeches made him popular and enabled the TLP to emerge as a major Islamic political group. It is now running a vigorous membership campaign and is preparing to take part in the next general election. The TLP is aiming for the considerable religious vote of the Barelvi sect. In the 2018 general election in Punjab province, in many constituencies it outscored other, older religio-political parties, which largely draw votes from the Deobandi sect. The rise of these religion and sect-based outfits is posing a threat to the secular, nationalist and centrist political parties.