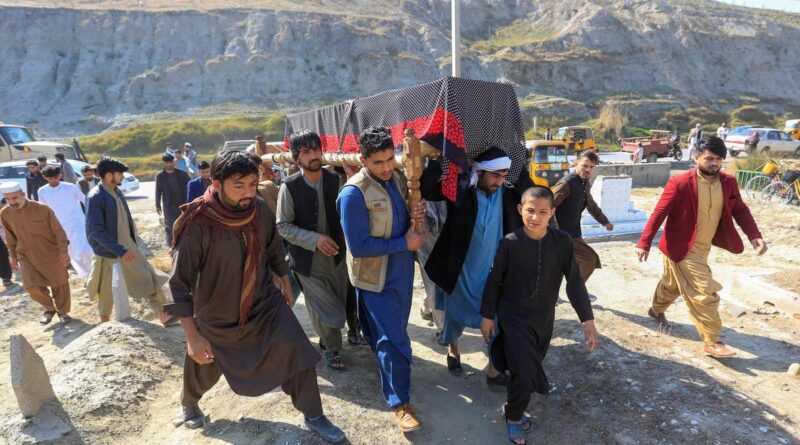 US President Joe Biden wants to end America’s 20-year-old war – its longest ever – in Afghanistan but cannot afford to let the war-torn country become a safe haven for terrorists again.

Fearing such a situation, the Biden administration is reviewing a deal brokered in Doha, Qatar last year by former President Donald Trump, under which the US was to pull out all foreign forces from Afghanistan by May 1, 2021.

In turn, Taliban insurgents were to hold peace talks with the Afghan government and sever their links with terrorist group al-Qaeda.The Taliban also demanded the release of imprisoned members, something Afghanistan President Ashraf Ghani was never comfortable with.

By the time Trump’s tenure ended, US troop strength in Afghanistan had reduced drastically from 12,000 in 2019 to 2,500. But violence against civilians increased manifold, peace talks between the Taliban and the Afghan government broke down, and the Taliban’s ties with al-Qaeda remained intact.

According to Afghanistan’s human rights body, around 8,500 civilians were killed or injured in 2020 and targeted killings increased three-fold over the past year.The recent killing of three women media workers has only added to the atmosphere of fear in the country. Over the past six months alone, around 15 media people have been killed in Afghanistan.

Amid broad hints that the US is likely to miss the May 1 deadline, hectic diplomatic parleys among the various stake holders are nowtaking place.

The Biden administration fears a return to the pre-2001 period, when the Taliban controlled most of Afghanistan and al-Qaeda flourished under its patronage.

That dangerous combination led to the ghastly September 11, 2001 attacks on the US, in which around 3,000 people were killed. The US pinned the responsibility on al-Qaeda chief Osama bin Laden and when the Taliban refused to hand him over, the US bombed out the insurgents a month later.

The Taliban, however, survived, shifted base to neighbouring Pakistan, made big money through the drug trade, regrouped and came back to haunt the international forces in Afghanistan.

Twenty years on, the group has warned the US that it will wage a jihad, a religious war, and restore Islamic rule if any foreign forces remain on Afghan soil after May 1.That means the country could be pushed into a civil war, which may lead to a proliferation of terrorists inimical to US interests over the coming years.

The White House has made it clear that Biden is not in favour of a Taliban-ruled Afghanistan. Rather,Washington aims to ensure a permanent and comprehensive ceasefire and put in place measures to reach a just and durable political settlement in the strife-torn country.

To achieve that goal, the US has proposed a new diplomatic initiative under the aegis of the United Nations that would involve countries like Russia, China, India, Iran and Pakistan, to ensure a joint plan for lasting peace in Afghanistan is worked out.

America is also suggesting an interim peace government, which will include the Taliban, before a proper administration is installed. As expected, the proposal has not gone down well with President Ghani,although Russia is on board with the idea.

For all practical purposes, the new initiative is no guarantor of peace, merely an affirmation of good intent and a quiet acknowledgement that normalcy in Afghanistan is still some distance away.

If the Doha deal is delayed by a few months, the anniversary of the US invasion of Afghanistan, falling in October this year, may not be a sobering occasion for the Biden administration, seeking a permanent solution in the war-torn country.

Further, getting Russia, China, India, Iran and Pakistan on the same page is not going to be easy for the UN. Russia held a separate peace meeting minus India, and Turkey has planned one to work out a ceasefire in Afghanistan.

India, a vital component of the US strategy in Afghanistan, and key members of the Ghani administration, doubt the role of Pakistan, which continues to back the Taliban but is still part of the peace process.

Interestingly, after making a decade-long global search for Osama bin Laden, the US ultimately found the terrorist hiding in a Pakistani safe house in Abbottabad, and killed him in 2011. Yet Pakistan hascontinued to denysuch knowledge about bin Laden.

President Biden faces huge domestic pressure to end America’s longest war, given that the country has lost billions of dollars over the past two decades supporting US military missions and funding social infrastructure projects in Afghanistan, which have not helped the country achieve its strategic goals.

A recent US report pointed out how billions of dollars were wasted in building schools and hospitals that did not serve the interests of Afghan locals but became easy targets for the insurgents.

The Afghan government desperately needs financial help, and funding of social projects must be transparent. US assistance worth $4.86 billion per year accounts for over 75 percent of Afghanistan’s security spending.

As vice president, Joe Biden voted to reduce US troops in Afghanistan but was overruled by former President Barack Obama, whosanctioned 30,000 additional troops for Afghanistan in 2009, with the total strength reachingthe 100,000 mark in 2010.

Besides the US troops, around 8,000 NATO forces are stationed in Afghanistan as part of global efforts to stabilise the war-torn country. After the NATO combat troops left in 2014, leaving security in the hands of Afghan forces, the US mission there has changed its role from fighting insurgents to advising and training the Afghan military.

Afghanistan has been ravaged by war over the past four decades but the problem dates back to the 19th century when Great Britain sought to control the country through its base in India. The conflicts, known as the Anglo-Afghan wars or Afghan wars of 1839-42, 1878-80 and 1919, aimed to counter the Russian influence.

Later, after a 1979 coup in Afghanistan, the Soviet Union rushed its military to support the communist regime but faced resistance from the Mujahideen, funded by the US, the UK and China.

Over the next decade the Soviets realised their military occupation of Afghanistan had turned into a bleeding wound. Theyconsequently worked out the 1988 Geneva Accord, which paved the way for an exit. The last Soviet forces left Afghanistan in 1989.

After the Soviet Union left, Afghanistan was pushed into a civil war as the Mujahideen clashed internally. The chaos led to the rise of the hardline Taliban, who gradually took control over most of Afghanistan.

Since the crushing of theTaliban in 2001, the US military, along with NATO’s International Security Assistance Force, have been trying to stabilise the country.

The US strategy primarily focused on buying peace by pumping in billions of dollars via international aid and countering the insurgents through heavily-funded military missions.But it failed to achieve its objective, as the warring tribal chiefs never liked the idea of foreign occupation, and generous international aid without any monitoring bred corruption in the Afghan system, creating a host of vested interests that thrived on the crisis while common people suffered.

Whereas Trump pushed the Doha deal as he wanted to wriggle out of the situation, Biden is intent on clearing up the mess before leaving.To ensure this, US Afghanistan envoy Zalmay Khalilzad has resumed talks with both President Ghani and Abdullah Abdullah, head of the High Council for National Reconciliation, as well as involving the Taliban andregional countries, to speed up the peace process.

Nevertheless, the reality remains that no one knows when this forever war will end.