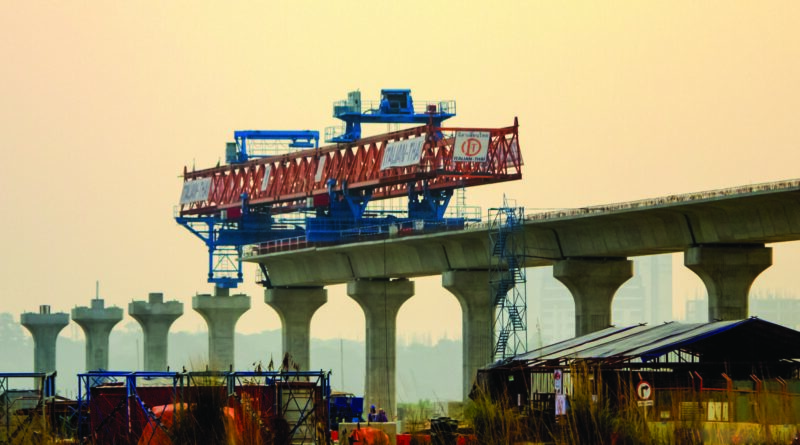 Syed Badrul Ahsan  follows the country’s inspiring socio-economic development over the past half-century which, despite national and global setbacks, looks primed to continue

Bangladesh is poised to graduate from a low-income country to a middle-income one. For a nation once derided as a basket case in Western capitals such as Washington, the transformation has been remarkable.

The progress Bangladesh has made takes on particular significance given that, for a major part of its independent history, it has had to cope with natural calamities in the form of floods and cyclones, as well as with the turbulence that has so often characterised its politics. In 1974, barely three years into freedom, the country faced a famine which tested the government of Sheikh Mujibur Rahman, Bangladesh’s founding father, to the limit.

Add to the course of Bangladesh’s 50-year economic history the bloated bureaucracy which has often impeded progress towards a stable economy. Corruption, always endemic, even now continues to threaten efforts to ensure advancement for all in a nation of close to 170 million people. Bank-related scams, money laundered abroad and other manifestations of corruption have been major obstacles on the road to economic prosperity.

Yet, despite all such impediments, Bangladesh has moved ahead in the half century since its emergence through a hard guerrilla struggle against Pakistan in 1971. Nearly every social indicator speaks of the achievements Bangladeshis can rightly point to as part of the heritage they have constructed over the past five decades, and especially under the present Awami League government headed by Prime Minister Sheikh Hasina.

During the pandemic, the government has given generous stimulus packages to the garments sector

Women’s empowerment has been a critical factor in development, with the public as well as private sector seeing increasing numbers of women making their way to entrepreneurship in myriad forms. Where government services are concerned, women are today a significant component of the civil service and the defence and police forces, in addition to their presence in education and the medical services.

Until the coronavirus pandemic hit the country, Bangladesh was enjoying a comfortable annual GDP growth of over 7 per cent. Currently, the Asian Development Bank projects that the country will register GDP growth of 6.8 per cent in 2021. Given the straitened circumstances in which much of the world has operated since the outbreak of the pandemic, the ADB projection paints a fairly rosy picture. Translated into real terms, Bangladesh’s GDP in 2021 will amount to $310 billion and will then shoot up the very next year, 2022, to $340 billion. With per capita income of $5,739 (figures apply to 2020), the nation’s economy is currently the 35th largest on the global scale.

Such progress has been made possible through a concerted focus on industries, including the textile sector, which remains the biggest foreign exchange earner for Bangladesh. The sector has been an opportunity for both men and women to be part of the production process in garment factories around the country.

That is not to say that the industry has not been plagued by problems. Disasters in factories, such as fires and the collapse of buildings, have caused safety concerns to be voiced by observers and brand companies purchasing Bangladeshi apparel, resulting in positive change. But what often remains a problem is the sudden closure of factories by owners, on the grounds of the pandemic or other issues, leaving thousands of workers with no source of income. However, duringthe pandemic, the government has given generous stimulus packages to the garments sector, the overriding objective being to keep it afloat in the interest of the national economy.

After textiles, remittances from Bangladeshi workers in the Middle East and other global regions keep the national economy on a stable footing, even though the coronavirus pandemic has also caused a big dent in earnings from this sector. With companies abroad suspending work and foreign workers either retrenched or unable to return to their jobs, conditions currently look dire for the remittance sector. Its importance to Bangladesh’s economy can be gauged from the fact that as many as 10 million Bangladeshis are employed abroad and annually send back home a tidysum of $15 billion. Indeed, it is the garment and remittance sectors which have truly underpinned the country’s economy over the past decades, contributing to making it one of the fastest growing in global terms, and especially in South Asia.

At home, projects undertaken by the government through the adoption of liberal terms are being implemented across Bangladesh. Altogether, 102 new economic zones have been approved, of which nine are currently pending. In the capital Dhaka, the Dhaka Mass Rapid Transit Development project, first embarked upon in 2012 with Japanese assistance, is now well underway. The Rooppur Nuclear Power Plant will see the completion of its first unit in 2023. Economic cooperation with India has been expanding steadily.

Small and medium enterprises (SMEs) have seen an expansion throughout the country in the last few years, with these entrepreneurs contributing 25 per cent to Bangladesh’s GDP. Agriculture, home to 42 per cent of the workforce, has made impressive strides in the past several years, with an increase in the production of rice, vegetables and fruits.

On the whole, despite the hurdles it has faced, Bangladesh’s economy and its social sector are on the right track. Child mortality has declined by appreciable degrees, women’s health has seen remarkable improvement, people live longer, more children in the rural regions go to school (with the government introducing midday meal programmes for youngsters in a number of regions and planning to expand them).

With democracy and its concomitant factors permitted to dig deeper roots in the country, Bangladesh’s economy looks ready to take on wider dimensions as it continues to expand in the years ahead.