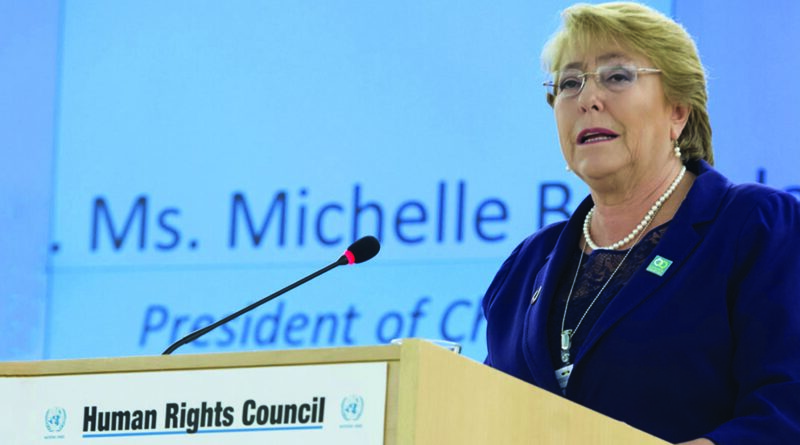 Ego deflated but pride on show

Sri Lanka pulled out of Geneva, metaphorically speaking, with its face bloodied but still on its feet. Like a groggy boxer it was still swinging wildly, hoping to connect with someone or something. It did. Having been clearly beaten in a vote on a resolution covering a wide range of issues, any other country, save a more powerful state, might have remained less belligerent, more understanding and contrite.

But not Sri Lanka. Like Oliver Twist it keeps asking for more. In March, the country suffered the worst defeat at the hands of the UN Human Rights Council (UNHRC), the 47-member UN agency that monitors UN member states’ human rights performances and adherence to international humanitarian law and other relevant international conventions and laws, and reports on them.

Since 2012 there have been a series of resolutions against Sri Lanka for alleged human rights abuses and supposed war-time offences committed by both the state and the Tamil secessionist Liberation Tigers of Tamil Eelam (LTTE), which was militarily defeated in May 2009 after 27 years of conflict.

Most of these resolutions turned increasingly critical of Sri Lanka because promises made regarding ethnic reconciliation, rehabilitation and devolution of power were delayed or largely ignored. Promises on accountability were virtually non-existent as investigations were not pursued, despite recommendations by official commissions.

In 2015 Sri Lanka co-sponsored the US-driven resolution and so there was no voting until now, after the newly-elected President Gotabaya Rajapaksa rightly withdrew co-sponsorship last year.

This year, under President Rajapaksa and his brother, Prime Minister Mahinda, Sri Lanka suffered its worst defeat with only 11 votes (the lowest ever) and the highest number of abstentions, 14. This vote and how it went raises a number of questions for Sri Lanka.

However, the government is trying to cover up the humiliation with a homespun narrative of a Western conspiracy to smother Sri Lanka, largely because of its close relationship with China. But the government should accept a major share of the blame for landing the country in this current contretemps.

To set the political gaffes, bureaucratic malfunctioning and diplomatic idiocy at the door of the present administration, which stepped into office after winning the presidency in November 2019 and the parliamentary elections in August 2020, is too long a narrative to tell in detail.

Perhaps a salient passage from Human Rights High Commissioner Michelle Bachelet’s report should point the finger at what brought Sri Lanka to the dock in Geneva.

The UNHRC ‘expresses serious concerns over emerging trends over the past year, which represent clearly early warning signs of a deteriorating human rights situation in Sri Lanka, including the accelerating militarisation of civilian government functions, erosion of the independence of the judiciary and key institutions responsible for the promotion and protection of human rights, ongoing impunity and political obstruction of accountability for crimes and human rights violations in “emblematic cases”, policies that adversely affect the right to freedom of religions or belief, surveillance and intimidation of civil society and shrinking democratic space, arbitrary detention, allegations of torture and other cruel, inhuman, degrading treatment or punishment and sexual and gender-based violence, and that these trends threaten to reverse the limited but important gains made in recent years and with the recurrence of policies and practices that gave rise to the grave violation of the past.’

What the Bachelet report has failed to include, possibly because it is of a more recent occurrence, is the government threats directed at the media, especially a mainstream news outlet and social media critical of government – though admittedly, some are not without fault for false or misreporting.

Foreign Affairs Minister Dinesh Gunawardena was upbeat in the face of defeat, claiming that despite Sri Lanka’s worst show over the years, the global south had coalesced against the north, a rather moot point when one looks back at previous voting patterns and which countries are serving on the Council at any given time.

Minister Gunawardena’s Foreign Secretary, retired admiral Jayanath Colombage, has often told the media that Sri Lanka follows a ‘neutral’ foreign policy, having initially dropped any reference to ‘non-alignment’, which had been the cornerstone of Sri Lankan policy since the mid-1950s, the days of Prime Minister Solomon Bandaranaike and his widow Sirima Bandaranaike, a founder-member of the Non-Aligned Movement in the early 1960s.

Later, the government did begin to speak of neutrality and non-alignment in tandem. But if we are back in the non-aligned fold, why was Sri Lanka unable to win the support of longstanding members of the non-aligned world such as Indonesia, India, Libya, Namibia, Senegal, Malawi, Cameroon et al, who are principally from the global south, as Sri Lanka is?

Surely only unthinking and ill-considered policy could have caused the government to prohibit Muslims from burying their dead who had succumbed to coronavirus, particularly so close to the Geneva meeting? It was only prior to Pakistan Prime Minister Imran Khan’s visit to Colombo, when he was expected to raise the issue, that Prime Minister Mahinda Rajapaksa told parliament that the ban was lifted.

Yet even a prime ministerial order did not serve to restore the right of burial, due to a bureaucratic meddle and muddle that seems to suggest how the administration works these days. This is particularly so with Sri Lankan diplomacy, with the Foreign Ministry taking a back seat and policy direction in the hands of novices with little idea of diplomatic protocol and practice.

The biggest blow to Sri Lanka is India’s abstention from voting. Despite Foreign Secretary Colombage’s early declarations that Sri Lanka would follow an ‘India First’ policy, the current strained relationship is a result of Sri Lanka reneging on an agreed multilateral Colombo port project along with Japan, and a ‘yes-no’ approach that has understandably annoyed New Delhi.

That is not all. New Delhi had consistently stated at discussions at the highest level its position with regard to the Tamil minority and India’s expectations on the treatment of the Tamils. It has also set out in a joint treaty the devolution of power through the provincial councils system, so the Tamils in the north-east would have some self-government.

There are signs that some ministers, such as the ultra-nationalist public security minister Sarath Weerasekera, another retired admiral, who is opposed to provincial councils and has publicly said so, would like to see the system dropped when the new constitution is drafted this year.

To make our diplomacy an even bigger mess, sons and daughters – mainly daughters – of government politicians or supporters have been recruited into the service and are to be posted overseas by passing, it appears. the usual recruitment procedure. This is in addition to other cronies and, relatives of politicians who have already been dispatched to various missions.

Despite the bold face it presents, Sri Lanka is confronting several issues. Firstly, it must immediately begin mending fences with India, our giant neighbour. Next, it will have to decide on a working relationship with the UN, as a cock-a-hoop approach could spell trouble in the future. That could force Sri Lanka still closer to China, making Colombo even more dependent on an increasingly aggressive power, liberal with financial support.