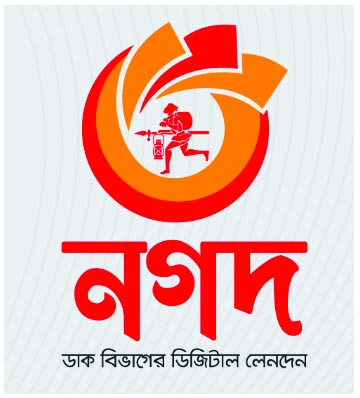 ‘Everything is possible with Nagad’

The roll out of new technology which enables people to use their mobile phones for banking has been one of the big contributors towards Bangladesh’s development. A company called Nagad has been at the heart of it, and it is providing a vital service in Bangladesh

Syed Badrul Ahsan  follows the country’s inspiring socio-economic development over the past half-century which, despite national and global setbacks, looks primed to continue

In recent years, mobile banking has transformed the lives of millions of people in Bangladesh, including those who live in remote rural areas.

The financial service company Nagad has been central to this process.

It has not only allowed more people to accept remittances from abroad but it has also empowered many people to start using the banking system via their mobile phones for the first time in their lives. Nagad’s entrepreneurial initiative is supported by the government of Bangladesh, as it employs mobile banking to tackle poverty and help to develop the economy.

Mobile banking has proved particularly valuable during the coronavirus pandemic. By using the services of companies such as Nagad, people have been able to avoid queues at banks, thus reducing the risk of spreading infection. People also have more security when they avoid carrying cash

Nagad is a public/ private partnership launched in March 2019 by the Prime Minister of Bangladesh, Sheikh Hasina. It now has more than 30 million active users.

Nagad won the 2020 WITSA Global ICT Excellence Award for its role in promoting financial inclusion. It was included in the Inclusive Fintech 50 list compiled by the MetLife Foundation, and Visa selected Nagad as the best fintech startup for 2020, a major honour for a South Asian company.

‘Our initial target was to upgrade the lives of citizens by digitising the payment system and I think we have done quite well in that regard,’ says Tanvir A Mishuk, Nagad’s young managing director. ‘People are currently sending more than $35 million a day using Nagad mobile wallets, which marks a major shift in behaviour in Bangladesh, where many people were previously excluded from formal financial channels.’

During the pandemic, the government has given generous stimulus packages to the garments sector

Anyone who has a mobile phone can open a mobile financial service account using their phone in just seconds by dialling *167# from more than 135 million mobile connections in Bangladesh. Nagad also has services for people who don’t have a mobile connection but nevertheless require banking.

Nagad has now appointed 240,000 agents across the country and it has partnered with more than 12 thousand merchants, including retail chains. It also has links with e-commerce ventures and delivery companies.

Nagad has reported a huge growth rate in online shopping since April 2020, when Bangladesh entered lockdown mode due to COVID-19. Nagad is also offering cashless payment options for COVID-19 tests.

Mr Mishuk says that the overall level of transactions is increasing at a double-digit growth rate each month, as people buy and sell online, pay their insurance, or use Nagad to pay their education or utility bills. Some charities are also using the service to collect donations from supporters.

Another important service, particularly during the pandemic, has been to help the government with the distribution of financial support to people in need. Nagad expects to distribute more than a billion dollars of allowances as a ‘safety net’ to people who require government support, including those based in remote areas.

Managing Director Mr Mishuk says, ‘We have focused on ensuring a convenient digital life for all the people of Bangladesh. We think we can uplift the nation through this new culture. That’s why we recently adopted a new tag line for our company: everything is possible with Nagad.’