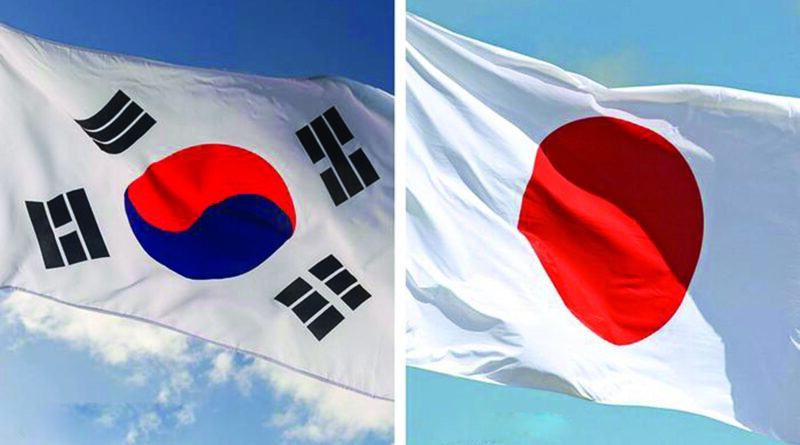 Fresh perspectives on an old problem

There is a diplomatic deadlock between South Korea and Japan. Despite many similar characteristics, the countries are led by governments with different political outlooks and their relationship is affected by lingering historical disputes.

The National Committee on American Foreign Policy recently invited scholars and experts from the United States, South Korea and Japan to consider how to address the challenges affecting trilateral relations. Here are the views of Saeme Kim from South Korea and Ayumi Teraoka from Japan.

‘No relationship is more important than the link between Japan and the Republic of Korea.’

That phrase was included in the statement issued by the Biden administration, ahead of the trip by Secretary of State Antony Blinken and Defence Secretary Lloyd Austin to Seoul and Tokyo in March 2021. It was their first overseas visit.

The message from the US was clear – it would like its allies to work together. Personally, I believe that unless South Korea can become a stronger team player, it risks being sidelined.

My view is that President Moon Jae-in needs to find a way to work with Japan, even though the current political situation is complex. To begin with, the Moon administration should initiate high-level efforts to engage its Japanese counterparts. In early March, during a speech which commemorated the anniversary of Korea’s independence movement, President Moon spoke of a ‘future-oriented partnership’. This was a positive step. It now needs to be followed by concrete action.

I recognise that there are some difficult issues to address. The rift between Japan and South Korea has deepened since November 2018, when South Korea’s Supreme Court ordered Japanese firms to compensate wartime labourers.

In response, Japan imposed export controls, targeting Korea’s electronics industry. Japan struck South Korea off a list of most trusted trading partners, a move quickly reciprocated by Seoul. Tensions flared up again earlier this year, with a ruling against Japan by a Korean court over the ‘comfort women’ issue.

I believe it is time for the Moon administration to address some of Japan’s urgent concerns – such as the threatened liquidation of Japanese firms’ assets seized in Korea – as a gesture of good faith.

In return, Japan should take proactive steps to repair relations, rather than simply expecting the South Korean side to resolve matters.

The two governments should set achievable objectives. A first step could be to resume the business-track entry program to encourage international trade. South Korea should also discuss Japan’s participation in the Northeast Asia Cooperation Initiative for Infectious Disease Control and Public Health.

It is also vital that our two nations work together to address the threat posed by North Korea and the challenges posed by a more assertive China. This means that South Korea needs to consider its relationship with the Quad, the pact which currently includes Japan, the United States, Australia and India.

South Korea and Japan are neighbours and share a commitment to democratic values. They have similar economic systems based on a market economy. Improved relations will boost trade and encourage tourism, once vaccinations are rolled out. Our aim must be to establish better habits of cooperation and to rebuild trust between our countries.

I believe that the leaders of South Korea should resist the urge to play the anti-Japan card in an effort to gain domestic popularity. It will be a test of the Moon administration’s courage and strategic vision to work towards an improved relationship with Japan.

Mr Moon can point to a number of achievements since he came to office in 2017. South Korea has been lauded internationally as one of the countries which has coped best with the Covid-19 pandemic. Mr Moon played a key role in orchestrating the US-DPRK summit between Donald Trump and Kim Jong-un, and he has been invited as a guest to the G7 summit in Cornwall, UK, this summer alongside Japan.

So, from Korea’s perspective, improved relations with our neighbour could be another achievement to add to his legacy.

I believe that the best way to overcome the diplomatic deadlock between South Korea and Japan is to commit both our countries to support multinational initiatives. This will help our nations to focus on common interests, rather than issues which divide us.

Since Joe Biden was sworn in at the White House in January, his team has made considerable effort to recommit the United States to multilateralism, which was disrupted by Donald Trump. Mr Biden wants the United States to work closely with its allies and partners, particularly to counterbalance China in the Indo-Pacific region.

There are two important multinational fora. One is the Quad, which is an informal defence pact and a strategic platform which brings together four major liberal democracies of the Indo-Pacific region: the United States, Japan, Australia, and India.

The other is the Comprehensive Progressive Trans-Pacific Partnership (CPTPP), an agreement to maintain and promote a rule-based trade and investment framework. Japan currently holds the presidency of the CPTPP.

Although the United States currently does not participate in the CPTPP, the door is open for it to join. Britain’s recent application for membership may galvanise US involvement.

South Korea is conspicuously absent from these frameworks, even though, like Japan, it is a liberal, wealthy, and democratic ally of the United States.

South Korea’s reluctance to join or endorse these initiatives stems partly from its complex relationship with China, which is its leading trade partner. President Moon Jae-in has sought China’s help in the peace process with North Korea.

Yet the China factor alone does not give the full picture. The central role of Japan in the Quad and the CPTPP may also deter South Korea from supporting these initiatives. South Korea’s longstanding public sentiment against Japan over historical issues, as well as its extremely negative view towards the previous Japanese Prime Minister Shinzo Abe – an ardent supporter of the Quad and the CPTPP – appear to have deterred it from seeking membership of these groups in the past.

However, a new geopolitical environment has emerged since the resignation of Mr Abe last year and the inauguration of President Biden in January 2021.This may influence Seoul to support the frameworks. US involvement also reduces the impression that South Korea is merely following Japanese initiatives.

President Moon recently sent aides to Japan as part of his efforts to mend ties with Tokyo. In December 2020, he also publicly expressed South Korea’s interest in joining the CPTPP. Recently, one of his advisors even suggested that South Korea should join the Quad-plus – although this is not government policy yet.

The CPTPP and the Quad have the potential to address a range of issues which are important to South Korea, including maritime security, diversification of supply chains, COVID-19 vaccine distribution, climate change and the denuclearisation of North Korea.

I believe that this is a good time for South Korea to set aside bilateral tensions with Japan and to seek to connect with other countries, including Japan, through broad international forums. The groups will enhance countries’ resilience against China’s economic coercion, from which South Korea has suffered in the recent past.

Through involvement in these multinational groups, our nations should work to foster trust and confidence. We have many areas of common interest to address.