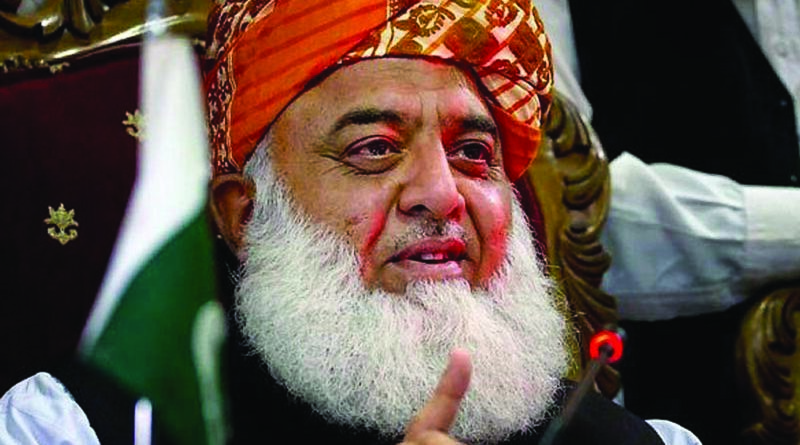 Prime Minister Imran Khan’s government heaved a sigh of relief when the ten-party opposition alliance, Pakistan Democratic Movement (PDM), called off its ‘long march’to the federal capital, Islamabad, due to acute differences in its ranks.

The protest, planned for March 26, meant to bring thousands of supporters from the PDM’s component parties from all over the country to Islamabad in a bid to paralyse and oust the Pakistan Tehreek-e-Insaf (PTI)-led coalition government.

The timing of this setback for the PDM was an immunity boost for Imran Khan, as he and his wife, Bushra Bibi, tested positive for Covid-19 and had to self-isolate. Although the prime minister continued to run the government virtually, he needed this energy-boosting news to aid his recovery.

Despite the government’s claim that it didn’t consider the PDM’s agitation a threat to its rule, it was still preparing for any eventuality, even allegedly making efforts to divide the alliance.

The Pakistan People’s Party (PPP), founded and led by the Bhutto family, raised objections to the stance of the other parties that all the opposition assembly members should resign from their seats before launching the ‘long march’. Instead of employing street power to send the government packing, it pleaded for the use of democratic means and bringing a no-confidence motion against the prime minister.

The PPP – which, along with deposed Prime Minister Nawaz Sharif’s Pakistan Muslim League-Nawaz (PML-N), is one of the two major parties in the PDM – had earlier persuaded the other parties to take part in the assembly by-elections on seats that fell vacant due to the death or disqualification of lawmakers, and also contest the Senate elections held on March 3. The other parties agreed, but this sowed the seeds of discord in the alliance as it became obvious that the PPP and PML-N leadership didn’t trust each other due to their past differences.

Maulana Fazlur Rahman, head of the PDM and leader of Pakistan’s biggest religio-political party, Jamiat Ulema-i-Islam-Fazl (JUI-F), left the press conference in Islamabad in protest after making the dramatic announcement to postpone the ‘long march’. He claimed that nine of the ten parties supported the proposal to quit the assemblies in order to paralyse the existing political set-up and force a fresh general election.

The PPP, currently led by late Benazir Bhutto’s spouse Asif Ali Zardari (who remained President of Pakistan for five years) and their only son Bilawal Bhutto Zardari, was the obvious target of these nine parties as they argued that an in-house change in the parliament isn’t possible, keeping in view Pakistan’s political history, with ruling parties and prime ministers able to foil any no-confidence vote against them.

But there was also a counter-argument: that street protests have never caused the fall of any government in the past.

Maulana Fazlur Rahman, who lost to lesser known PTI candidates in two National Assembly constituencies in the July 2018 general election, is the most hawkish in the opposition alliance, along with Nawaz Sharif. But without the PPP’s participation, the PDM agitation would lack vigour, especially in Sindh, where the PPP holds power.

While the PDM, minus the PPP, is still planning to undertake its ‘long march’ after the fasting month of Ramazan and the Eidul Fitr festival in May, the postponement and lack of clarity regarding the duration and venue of the protest has caused not only uncertainty but also demoralisation in its ranks.

The PPP had reason to oppose the ‘long march’ as it is the party with the biggest stake in the prevailing political system. Among the PDM components, it is the only party in power, ruling Sindh, the Bhuttos’ home province. Moreover, its legislators don’t want to resign their seats to face another election before the end of their five-year term.

For the other parties, there would be little to lose if the political system collapses. The PML-N, despite being one of the two biggest parties in the PDM,with its base in Pakistan’s most populous province Punjab, isn’t in power in any of the four federal units.

Nawaz Sharif, who has been living in the UK since November 2019,after gettinggovernment permissionto travel there for medical treatment, is in no mood to return, even though he made a commitment to come back to Pakistan within six weeks. The government is now regretting its decision to allow him to go abroad, despite his conviction, jail sentence and facing trial in other cases. The government is also accusing Sharif of participating in politics, including maligning Pakistan’s security institutions, from the safety of London.

Other members of Sharif’s family are also facing court cases on charges of misuse of power and corruption. His younger brother Shahbaz Sharif, the former long-time chief minister of Punjab, is in jail, and his son Hamza Shahbaz was recently released on bail. Nawaz Sharif’s daughter Maryam Nawaz, his political heir and de facto head of the PML-N in the absence of her father and uncle, is emerging as the most effective opposition leader from the PDM platform.

The other PDM component parties are small in terms of their representation in the assemblies and have no real stake in the survival of the present political set-up. The JUI-F has street power, based on the strength of the student numbers at madrassas (Islamic schools) it runs all over the country, which is the main reason its leader Maulana Fazlur Rahman was made the first head of the PDM in September last year. Other parties, mostly nationalist and religious, have a narrow base confined to one region or the other. All of them want the PTI government to go so that a fresh election is held, offering them a chance to win more assembly seats. However, many analysts have cautioned those eager to disrupt the existing political system, warning that its collapse could pave the way for a government of technocrats or even military rule.

The political polarisation in Pakistan intensified after the Senate elections in March. The ruling PTI managed to win the maximum number of seats, though its increased strength in the Upper House of Parliament of 47 seats is still five seats fewer than those of the combined opposition. The PTI lost one of the key Senate seats for the federal capital, Islamabad, when its candidate, Finance Minister Abdul Hafeez Shaikh, narrowly lost to former Prime Minister Yousaf Raza Gillani, fielded by the PPP and backed by the PDM.

However, the PTI and its allies bounced back when election for the chairman and deputy chairman of the Senate were held a few days later. Their candidate Mohammad Sadiq Sanjarani defeated Yousaf Raza Gillani to be elected the Senate chairman, even though the opposition parties had more Senators than those of the PTI and its allied parties. The government candidate, Mirza Mohammad Afridi of the PTI, was elected deputy chairman of the Senate, defeating Maulana Ghafoor Haider of the JUI-F and PDM. Once again the opposition parties alleged that the election was rigged and have now challenged the result in court.

Rejecting election results has become the norm in Pakistan, even though the general elections are now organised by caretaker governments instead of the incumbent government to ensure free, fair and transparent polls. The present PDM agitation is also based on its assumption that the 2018 general election was rigged in favour of Imran Khan by the so-called ‘establishment’, which generally means the country’s powerful military.

Another norm in present-day Pakistan is taking every issue to the superior judiciary, even if these are political matters that should normally be resolved by politicians instead of the courts. These new ‘norms’ are a cause for worry as this is further weakening democracy when there is a need to strengthen it.