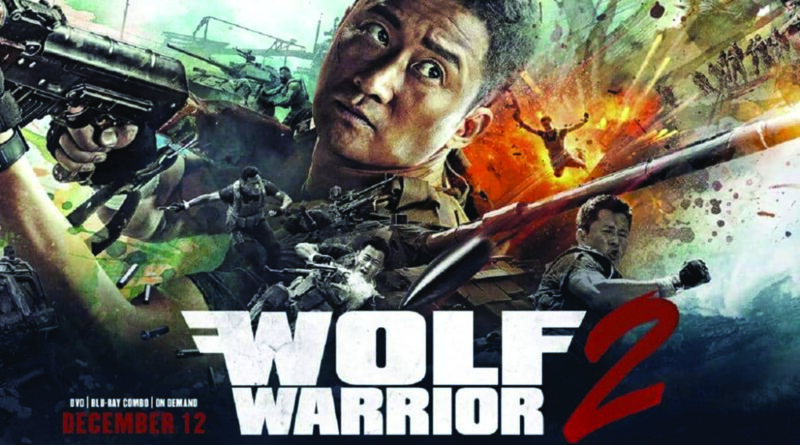 The Dragon bites back

In the wake of China’s economic rise and the COVID pandemic, Sudha Ramachandran charts Beijing’s gradual shift from calm diplomacy to a much more antagonistic stance

Long known for their sober and understated style of diplomacy, Chinese diplomats have become increasingly confrontationist, even rude in their interactions with the world. They are using official Twitter handles and websites, not only to defend Beijing’s policies and actions but also to troll and mock other governments and leaders.

In November-December, for instance, Zhao Lijian, Deputy Director of the Chinese Foreign Ministry Information Department, tweeted a doctored image of a grinning Australian soldier holding a knife to an Afghan child’s neck. Zhao’s tweet, which came in response to damning reports of alleged war crimes committed by Australian soldiers in Afghanistan, ruffled feathers in Canberra.

When Australian Prime Minister Scott Morrison demanded the deletion of the ‘repugnant’ image, Beijing shot back swiftly. ‘The Australian side has been reacting so strongly to my colleague’s tweet,’ Foreign Ministry spokesperson Hua Chunying told a news briefing in Beijing. ‘Does the strong reaction… implicate that the callous killing of innocent Afghan civilians is justified while condemning such crimes is unreasonable?’ she asked.

Over the past year, Chinese diplomats have called out Western governments for their mishandling of the Covid-19 pandemic. An unsigned article about care workers abandoning their jobs in Western nursing homes and leaving residents to die was posted on the website of the Chinese embassy in Paris.

When Venezuelan officials described the coronavirus as a ‘Chinese virus’, the Chinese Embassy in Caracas told them to ‘put on a face mask and shut up’. Former US President Donald Trump was ridiculed often on Chinese official websites for not taking the coronavirus seriously.

China has been pushing back against criticism of its policies

Known as ‘wolf warrior’ diplomacy, this aggressive style has defined China’s diplomacy over the past year. Itdraws its name from two Chinese action blockbusters, Wolf Warrior and Wolf Warrior II. The two films were about Chinese agents who go on operations abroad in defence of national interests. Like the ‘wolf warriors’ in the films, Chinese diplomats seem to be on an offensive against those who criticise China or sully its image.

Since the outbreak of Covid-19, Beijing has been blamed for the pandemic, criticised for failing to take robust action to prevent the spread of the virus and for concealing data about it from the rest of the world. Several leaders, including former President Trump, even called the virus the ‘Wuhan virus’.

Chinese diplomats have hit back.

In March last year, Zhao Lijian accused the US Army of bringing the coronavirus to China. ‘Patient zero’ in the Covid-19 pandemic may have come from the US and not Wuhan, he tweeted.

It was in Wuhan, in China’s Hubei province, that the first Covid-19 cases emerged in December 2019. The Chinese diplomat was suggesting that American soldiers who participated in the Military World Games in Wuhan between October 18 and 27, 2019 carried the infection to China. Calling on the US to ‘be transparent’, Zhao demanded that it make the data public.

In the months since, such diplomatic offensives have grown.

China’s diplomats were never this aggressive. In the first five decades of the founding of the People’s Republic of China in 1949, diplomats prioritised patience, persuasion and dialogue. The diplomatic style was quiet and focused on compromise.

It became more assertive in the 2000s.With China emerging as an economic powerhouse, its diplomats displayed a new, self-assured style. Unlike those of previous generations, they did not bear the scars of the Cultural Revolution, were fluent in English and other languages, and well-travelled. This diplomatic style gathered momentum with President Xi Jinping taking office in 2012. While China’s foreign policy displayed unprecedented ambition, exemplified by the Belt and Road Initiative, the diplomatic style signalled confidence and was assertive.

This assertive style began turning aggressive a few years ago.  When China’s detention of Chinese-born Swedish publisher and writer Gui Minhaidrew widespread condemnation in Sweden, the Chinese ambassador in Stockholm, Gui Congyou, lashed out, belittling Sweden by describing it as a lightweight boxer picking a fight with a heavyweight China. Such public affronts to host countries by Chinese diplomats would have been unthinkable in the past.

Then, in June 2019, amid mounting global censure of its suppression of Uighur Muslims in the Xinjiang Autonomous Region, Zhao, who was then Deputy Chief of Mission at China’s embassy in Islamabad and known for his online spats with critics of the PRC’s policies, tweeted about the US’s denial of rights to its own people, calling attention to income equality, racial segregation and gun violence in the United States. When former US National Security Advisor Susan Rice called him a ‘racist disgrace’ and ‘shockingly ignorant’, Zhao retaliated, describing Rice as ‘disgraceful & disgusting’.

On his return to China a few months later, Zhao was promoted in the diplomatic hierarchy. Clearly, ‘wolf warrior’ diplomacy has the blessing of the Chinese Communist Party. This would have encouraged other diplomats to turn into ‘wolf warriors’ like Zhao, especially when the Covid-19 pandemic struck.

With global criticism of China’s ill-treatment of Uighurs and its failure to share data with the world on the coronavirus growing over the past year, China has stepped up its aggressive diplomacy. It has been pushing back against criticism of its policies, not just by means of statements via social media and official websites but through policy decisions too. Australia, which led global calls for an independent probe into the origins of the coronavirus pandemic, for instance, was at the receiving end of punitive action by the Chinese government, with Beijing imposing heavy tariffs on Australian imports.

The past year has also seen the PRC engaging in heightened military muscle-flexing. It sent military flotillas and aircraft through the Taiwan Straits and Taiwan’s airspace, respectively. It massed soldiers and weaponry along its disputed border with India in eastern Ladakh and occupied territory on the Indian side of the Line of Actual Control.

The PRC’s ‘wolf-warrior’ diplomacy over the past year and its military blustervis-à-vis its neighbours seem to have been aimed not only at deflecting public attention from domestic problems but also at signalling to the world that the pandemic has not undermined the PRC’s capacity, military might or global stature.

So what has China achieved with such ‘wolf warrior’ diplomacy?

Gains from the PRC’s combative diplomacy and military assertiveness have been mixed. This approach seems to have impressed Chinese nationalists at home and abroad, and to have veered people’s attention away from Xi’s inept handling of the pandemic. ‘Wolf warrior’ diplomacy has raised Xi’s stature in the eyes of the Chinese people, as a leader who is standing up to Western bullying. What is more, with Beijing having long claimed that its rise as a global powerhouse is a peaceful one, its swift supply of medical and other aid to the world during the pandemic gave it a potent image as a humanitarian power.

However, China’s ‘wolf warriors’ are also damaging this image. Increasingly, their actions are painting a portrait of China as a prickly bully.

Of course, there is an additional element. Western media hypocrisy is hard to miss in all this discussion of China’s aggressive diplomacy. While Western analysts were swift to condemn ZhaoLijian for accusing Susan Rice of racism, they were silent on Rice’s own name-calling when she described Zhao as a ‘racist disgrace’.

For decades, Western powers have talked down to developing countries, hectored them on corruption and governance, and provided them with gratuitous advice on what their priorities should be. Now, a rising China is ridiculing the failure of the health infrastructure in Western countries to cope with the pandemic.

Perhaps the ‘wolf warriors’ are simply giving them a taste of their own medicine.