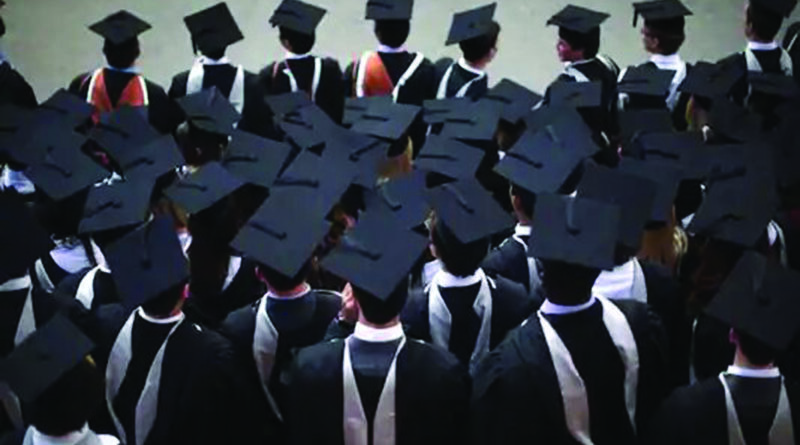 A time to shine

India sits on the cusp of major change. The post-COVID scenario, a belligerent China and the rapidly changing geopolitical situation – all these seem to favour a great resetting of the global economic order. And India, with its vast pool of talent, skilled low-cost labour and a sizeable raw material base, could become the world’s next choice to mass-produce goods, challenging China’s three-decade-long dominance.

The devastating impact of the coronavirus pandemic on the global economy has jolted the world out of its drowsy dependence on almost omnipresent Chinese supply chains. This includes India, with its yawning negative trade balance with China and its multi-sector dependence on the gigantic manufacturing machine across the Himalayas, which not only supplies components and materials that satiate consumers’ demands, but is also critical to India’s manufacturing and service sectors.

The slogan ‘Atma Nirbhar’ – self-reliant India – coined by Prime Minister Narendra Modi has come at the right moment, though it will remain no more than a high-sounding idea unless the country breaks away from its past tradition of assembling products with imported components, and starts building supply chains of its own the way China did, thus charting its way to become the world’s factory.

India has been following the path of self-reliance since Independence. But it was more about import-substitution and protecting the domestic industries than building dynamic capacities for internal consumption and exports. That was indeed necessary to help the nascent industrial sector, which was taking its first baby-steps. Today, the world is so integrated and inter-dependent that self-reliance needs a different interpretation: an economy with a supply system that serves end-to-end production, from semi-finished to finished goods, and one which is globally competitive as well.

An environment of protection with tariff barriers on imports and incentives on exports may make an economy ‘Atma Nirbhar’, but hardly globally competitive. The secret to China’s success has been its astonishing global competitiveness. It sells an extraordinarily wide range of products very cheaply abroad, while also maintaining a monopoly position at home, except in high-tech areas and luxury products, where it lags behind technologically. China’s unrestricted opening up to foreign investment and technology, incentivising foreign companies to set up plants in tariff-neutral free economic zones with world-class basic infrastructure in place, instead of penalising them, is another reason for its historic success.

Even before US President Joe Biden signed the executive order calling for the creation of ‘China-free’ supply chains in strategic sectors such as pharmaceuticals and bio-pharma products, batteries, rare earths, and semiconductors, major companies from the US, the EU, Taiwan, South Korea and Japan had been eyeing India as the next best option.

Chinese aggression last year and deadly border clashes between Indian and Chinese soldiers at Ladakh accelerated the process of India joining the international campaign for decoupling from China. India has permanently banned more than 250 Chinese apps, including WeChat, Baidu, and the popular TikTok. As a national security measure, telecommunications companies such as Huawei and ZTE have been debarred from providing equipment and components for India’s communication system, including the 5G wireless network. Curbs have also been placed on Chinese companies bidding in Indian infrastructure projects.

The Quadrilateral Security Dialogue (QUAD) has enhanced India’s status as a major player in the Indo-Pacific region’s geopolitics. New Delhi’s timely move to supply millions of doses of COVID-19 vaccine to needy South and Southeast Asia and beyond has effectively countered Beijing’s vaccine diplomacy campaign, which is nothing but a clumsy cover-up of its criminal failure to promptly alert the world about the Wuhan pandemic outbreak.

As the war against the second wave of coronavirus infection unfolds, India is stepping up its investment in vaccine development, manufacture and delivery, as well as in the production of protective gear and other equipment like ventilators. India has shown the world its potential by becoming a hub for COVID-19 vaccines and pharmaceuticals production.

Some of the technologies developed by India in 2020 to deal with the pandemic will have large-scale applications. These include citywide lockdown monitors to aid city administrators, thermal scanning, video analytics-based solutions to enforce social distancing and wearing of face masks, healthy building technologies to encourage an eventual return to the workplace, and UV sanitisation for public transport and public spaces, says Dr Akshay Bellare, the president of Honeywell India.

Already India is a global outsourcing centre for software development and online service. Companies like Infosys, Wipro and Tata Consultancy Services have become service providers to some of the world’s biggest technology giants and financial services companies. Of late, multinational companies have been setting up Global In-house Centres (GICs) to test new ideas around digital transformation. Their special emphasis has been on artificial intelligence (AI), machine learning, data sciences, the Internet of Things (IoT), and Software-as-a-Service (SaaS).

One quarter of the world’s Fortune 500 companies have set up facilities in India, with some 1,750 GICs spread around the country’s IT centres, which include Bengaluru, Hyderabad, Chennai, Pune, Mumbai and Delhi-NCR. By 2020, Goldman Sachs had approximately 10,000 analysts based in India. Microsoft employed 75,000 and IBM 100,000 Indians, according to a Hinrich Foundation report.

India’s IT labour pool is massive: More than one million new graduates with engineering degrees enter the workforce each year. No country, including China, has more engineering-focused educational institutions than India. In 2020, the country boasted approximately 3,500 engineering colleges, 3,400 polytechnics, 4,000 management schools and an even larger number of vocational and training institutes. Getting such a large pool of talent to focus on innovation will require expertise and an infusion of Foreign Direct Investment to exploit its full potential, says the report titled ‘India: A 21st Century Technology Hub?’

The China-free globalisation is an opportunity for India to become a hardware manufacturing location as the world’s technology majors have been moving their supply chains out of China over the past 18 months, Microsoft president Brad Smith points out.

India can take measures to attract FDI in low-skill labour-intensive sectors to become part of the global value chains and provide employment to its large labour force. The International Monetary Fund (IMF) has projected India’s growth at 8.8 per cent in 2021-22, making it perhaps the world’s fastest growing economy. With a rising middle class driving consumption, the growth for consumer spending has been projected at 42 per cent between 2020 and 2025 by IHS Markit, an American-British information provider based in London. This makes India a favourable destination for FDI.

At the recent J.P. Morgan India Investor Summit, global investors spoke favourably about India’s manufacturing potential and its capability to produce export-ready goods on a large scale and also provide for its large domestic market. Indeed, India continues to attract a significant number of US companies keen to set up their manufacturing base there. If the current set of structural reforms across the financial sector and ease of doing business are properly implemented, India will definitely become a very attractive destination for FDI as a ‘China Plus One’ destination, maintains Madhav Kalyan, Managing Director & CEO South Asia, J.P. Morgan Chase Bank.

Declaring that government has a special thrust on e-vehicles, India’s Road Transport and Highways Minister Nitin Gadkari has suggested that Tesla, the US electric car major, should set up its plant in India, which has a robust car manufacturing industry. Tesla Inc co-founder and chief executive Elon Musk stated, in October 2020, that the company will enter the Indian market in 2021.

The incentives and initiatives taken by the government are already having an impact. Apple in planning to move one-fifth of its global iPhones production out of China into India. Apple’s sub-contractors, including Taiwan-based Foxconn, Pegatron, Wistron, and Luxshare, are producing and assembling key components for Apple in local facilities across India. Foxconn alone is going to invest US$1 billion. Tata Electronics, an Indian company and iconic brand, is a key component manufacturer, too. Other phone manufacturers, including Chinese companies, are looking at reducing dependence on imports, and sourcing and manufacturing components locally.

India could also borrow a leaf or two from Vietnam’s FDI reforms, which provide extremely competitive financial incentives, a one-stop shop for regulatory approvals, and engage companies via a Business Forum, a platform for policy consultation between the country chambers, business forums and government ministers/functionaries, suggests Zarin Daruwala, CEO of Standard Chartered, India. Daruwala adds: ‘It is India’s time to shine and as an MNC Bank CEO, I am geared up to reap this opportunity!’