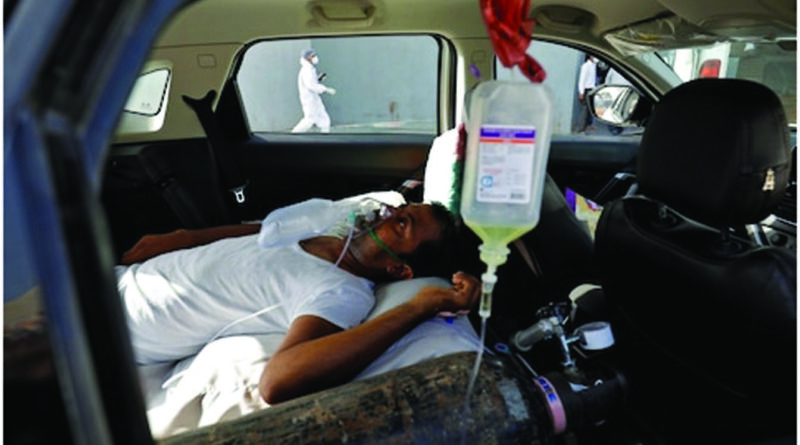 G. Parthasarathy considers the international cooperation to defeat the raging Covid pandemic, amidst ongoing maritime rivalries across the Indo-Pacific region.

When the coronavirus pandemic hit New Delhi last year, few Indians could have ever imagined the nightmare that India would be confronted with, within the period of just 12 months. The last major pandemic that India had faced was the influenza outbreak between 1918 and 1920, the outcome of the global ‘Spanish flu’ that came in the wake of the First World War, which is also referred to as ‘Bombay Influenza’ or ‘Bombay Fever’ in India. An estimated 17-18 million Indians lost their lives in that pandemic. India thus suffered the largest loss of lives worldwide in the immediate aftermath of a war, where 74,187 Indian soldiers gave their lives and 67,000 were wounded. The pandemic commenced in India immediately following the return of Indian troops who had participated in the war

The origins of the current pandemic are not clear, and are disputed internationally. The widespread belief in India is that bats from a Wuhan food market caused the disease in China, which then spread rapidly across the world. This is, however, an explanation which is naturally contested by China. India rode the first year of the virus infection quite comfortably, in comparison with the casualties and sufferings people faced in the US, across Europe, and in parts of Latin America and West Asia. But virtually every country in the world went into a state of high alert, even in that very first year.

Having ridden the first wave of the pandemic relatively smoothly for a year, people in India largely believed that the country was set for smooth sailing in the future. The first ten months of the pandemic were spent in setting up a nationwide distribution system for indigenously produced vaccines. Moreover, in the anticipation that the days ahead would be smooth, India distributed 67 million doses of these vaccines to 64 countries, ranging from neighbours like Bangladesh, Sri Lanka, the Maldives and the Seychelles to West Asian and African countries including Egypt and South Africa, and even to Brazil in Latin America.

However, the situation changed drastically for India in March-April 2021. By the end of April, the total number of Covid-19 cases in India had reached 17.3 million, with 14.3 million recoveries and 195,000 deaths. But in the United States, the Biden administration clearly ignored the seriousness of the scenario in India, even after casualties started piling up, with the State Department spokesman initially proclaiming, quite bluntly, that US vaccine production and vaccine facilities were exclusively for domestic use. A strong public reaction in the US against this approach led to an immediate clarification by President Biden himself, who noted: ‘Just as India sent assistance to the US as our hospitals were strained early in the pandemic, the US is determined to help India in its time of need.’ With regular contact continuing between the US and Indian National Security Advisers, the path for substantially expanding cooperation remains open and clear.

Scenes of desperate people in India seeking hospital admission and oxygen cylinders have haunted people throughout India and across the world. It became clear by the last week of April that India was being confronted by a new strain of the coronavirus, stronger and more lethal than anything it had faced in the past. There are queries and concerns about just how effective existing vaccines like the AstraZeneca will be against this strain. The Quad, comprising the US, Japan, Australia and India, agreed in their first Summit that they would cooperate to build vaccine facilities in India as the virus mutates.  India is set to produce an additional one billion Johnson and Johnson vaccines by the end of 2021. In the meantime, Russia is also entering the market in a big way, to supply India with its well-established Sputnik vaccines. Russia is also set to build facilities in India to produce these vaccines. India has also been informed that immediate supplies of therapeutics, rapid diagnostic kits, ventilators and protective equipment will be arranged by friendly countries like the US and UK.

New Delhi has been appreciative of the personal interest taken by British Prime Minister Boris Johnson to give a new thrust to cementing bilateral Indo-UK economic ties. It is at Mr. Johnson’s behest that Prime Minister Narendra Modi has been invited to join the G7 Summit the UK is hosting in June. More importantly, proposals for a stronger presence of the Royal Navy in the Indo-Pacific have been welcomed. India and its three Quad partners carried out extensive naval exercises in March in the eastern Indian Ocean, along with the French Navy.  Indeed, maritime security is gaining more salience in Indian security thinking, particularly in the Strait of Malacca, which links the Indian and Pacific Oceans.  British participation in maritime security in the Indo-Pacific Region will be seen as an important development in the   strengthening of the Quad in the Indo-Pacific Region.

Despite the pandemic, there are what appear to be the beginnings of a concerted effort to deal with China’s growing assertiveness and its readiness to violate the maritime boundaries of virtually all its neighbours across the sea lanes of the Indian and Pacific Oceans. These sea lanes see the largest sea-borne movements of petroleum products in the world. India’s concerns are focused primarily on the routes between the Strait of Hormuz and the Strait of Malacca. Countries like Japan, Vietnam, South Korea and the Philippines have concerns primarily about Chinese transgressions of their maritime frontiers in the Pacific Ocean. These are the issues which are set to become the major sources of rivalries and tensions across the Indo-Pacific, as an assertive China moves to expand its frontiers on sea routes across the region. While one is dealing with these complex issues and rivalries, there is also a greater immediate need for international cooperation on the threat to the very existence and wellbeing of human beings across the world, resulting from the destructive coronavirus.

Parthasarathy, a career Foreign Service Officer, is currently Chancellor of the Central University of Jammu and President of the Indian Habitat Centre in New Delhi. He previously served as Ambassador of India to Myanmar, High Commissioner of India to Australia, Pakistan and Cyprus, and Spokesman of the Prime Minister’s Office