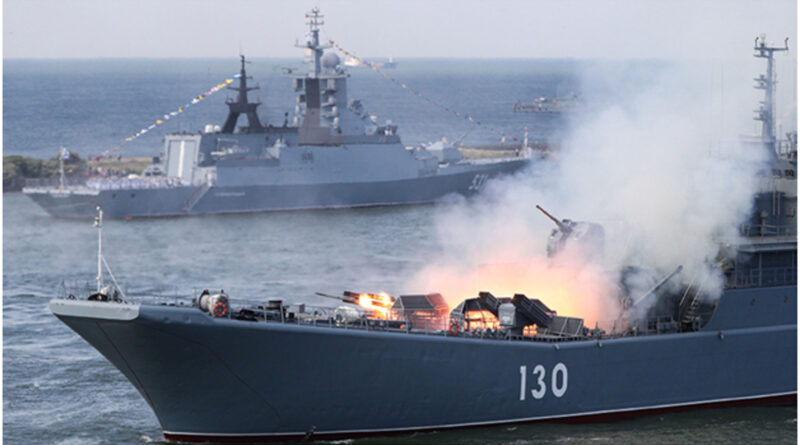 In a significant geopolitical move, China has signed a $400 billion deal with Iran to achieve the twin objectives of gaining influence in the West Asian region and asserting its global power ambitions.

As part of the deal, Chinese investments would flow into Iran in areas such as railways, ports and information technology over the next 25 years, in exchange for a regular supply of cheap oil to fuel the Asian Dragon’s economy, worth $14 trillion and the second largest in the world after the US’s, at $21 trillion.

But more than trade, what is worrying Western powers is the security component of the deal, which could see more joint military exercises, intelligence-sharing and research and development in weapons production between the two countries.

An example is the 2019 China-Iran-Russia naval exercises – noted by the world’s powers – which took place in the northern Indian Ocean, on the pretext of anti-piracy and counter-terrorism measures.

The China-Iran deal has come at a time of global concerns over a US-China cold war that has been denied by both countries but which keeps manifesting itself in various forms.

The Quad, an informal grouping of the US, Japan, Australia and India, set up by former US President Donald Trump to contain China’s influence, is a reality. The latest intelligence estimates have identified the Dragon country as America’s number one enemy.

Recent sharp exchanges between the top US and Chinese diplomats in Alaska only served to reinforce the rising tensions between these two powerful nations.

For China, the deal with Iran has given it a foothold in a strategically important West Asian nation, where US authority does not count. In fact, the strong US influence across the West Asian region as a whole has pushed Iran towards China, which aspires to replace the US as a global power.

In a clever move, China is ready to mediate in the long-pending Israel-Palestine dispute and has offered its services to help stabilise the region.

To maintain a balance of power, Chinese foreign minister Wang Yi has reached out to Iran’s rivals, including Saudi Arabia and Turkey, and plans to visit the United Arab Emirates, Bahrain and Oman soon.

The trade-cum-security deal, which largely remains opaque, has invited sharp reactions from China’s critics, who point out that Beijing has signed similar pacts with other nations – for instance, Sri Lanka in South Asia – to fulfil its global ambitions, whilst giving away very little to its partner nation.

Iran, say critics of the deal, must keep that in mind.

For Iran, the deal with China reflects the Islamic nation’s confidence in forging international partnerships and marks a shift from its days of isolation.

The deal has been celebrated in Tehran but the country needs to factor in domestic sentiment, which may not favour a sell-out to one foreign power in order to keep the other at bay.

To allay the concerns of the global community, Iran’s foreign minister Mohammad Javad Zarif has described the deal as just a roadmap with no specific targets, while the Chinese foreign ministry, too, has clarified that there are no set contracts in the pact.

Those who think there is no reason for the world to lose sleep over the deal point out that China signed similar deals with Saudi Arabia in 2016 and the United Arab Emirates in 2018 and would not like to mar its relations with these two West Asian nations for Iran.

Saudi Arabia is the world’s largest oil producer after the United States, and works closely with the US. Further, in 2017 Chinese crude oil imports from Iran (3 per cent) were lower than from Saudi Arabia (17 per cent) and Iraq (10 per cent).

China-Iran trade actually came down from $52 billion in 2014 to $20 billion because of the US sanctions.

However, the deal is the result of a well thought out process. Chinese President Xi Jinping had broached the deal with Iran in 2016, a year after the 2015 nuclear agreement between the global powers and the Islamic country had materialised, but signed the pact only after negotiating the details over the past five years.

China imports around three million barrels crude oil per day via the Strait of Hormuz and a regional conflict could hit that supply – a factor which explains Beijing’s involvement in West Asia.

In addition, Iran has the second largest crude oil reserves and the trade deal will be able to open the China-Iran-Pakistan corridor, which the Dragon has long been planning.

The China-Iran deal may also have a bearing on the US-Iran nuclear agreement.

That agreement, which stems from the Joint Comprehensive Plan of Action (JCPOA) involving the US, Russia, China, France, Britain and Germany, was finalised in 2015 after intense negotiations and several sanctions against Iran since 2002. It required Iran to scale down its nuclear weapons program gradually under international monitoring, in exchange for easing of sanctions against the Islamic nation.

But Trump withdrew from the agreement in 2018, angering the other nations who wanted to go ahead with the pact.

US President Joe Biden is keen for the US to return to the nuclear agreement but wants to ensure a detailed framework is worked out with Iran, which has been ignoring the pact.

Fresh indirect consultations have begun in Vienna to resolve the issue but none of the sides involved has hopes of a great outcome, as each understands that difficult negotiations lie ahead.

Iran has blamed US protégé Israel over an accident at its Natanz nuclear facility, and warned that the incident could affect the peace talks.

The West, meanwhile, is concerned that China may have assured Iran that safeguarding its nuclear program will be part of the deal.

However, China is also a signatory to the US-Iran nuclear agreement as one of the five permanent members of the United Nations Security Council.

After the 2015 nuclear agreement, the US and European Union companies rushed forward with offers to jointly explore oil and gas in Iran. But they withdrew after Trump scrapped the deal in 2018 and imposed fresh sanctions on the Islamic nation.

For now, China has displayed a cautious approach and urged both the US and Iran to proceed carefully with the nuclear agreement.