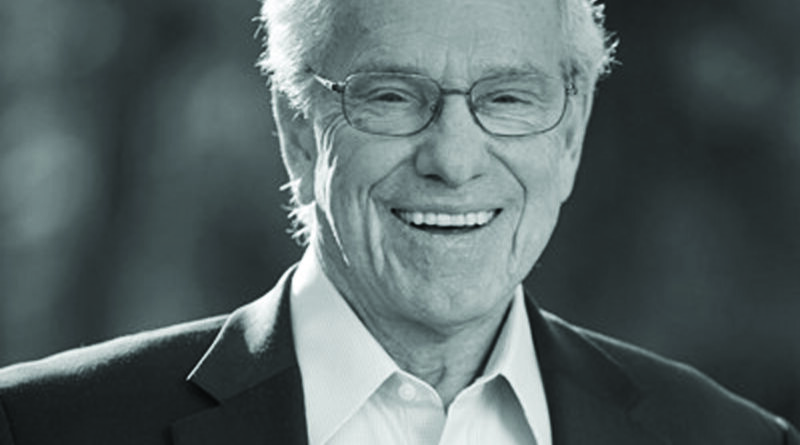 The Party as God

As the Chinese Communist Party approaches a hundred years since its foundation in July 1921, its leaders are encouraging citizens to recommit to the faith. Many sociologists have noted parallels between the party’s thinking and religious doctrine. But while sceptics are plentiful in Christendom, in China, many are afraid to express doubt in public about ‘socialism with Chinese characteristics’.  Clyde Prestowitz  has worked on China and Asia for 50 years and has been an advisor to five US presidents: Reagan, George H.W. Bush, Clinton, Obama, and Biden. Here, he discusses the CCP’s ideology with Duncan Bartlett

Duncan Bartlett : The Communist Party is officially atheist but many people see parallels between its values and religion. You say ‘the party is like God’. Why did you come to that conclusion?

Clyde Prestowitz: Communism declares that it’s atheist in a narrow sense but it nevertheless demands a kind of religious devotion and faith. The Communist Party of China does not recognise any limitation on its power and I think that’s pretty close to a definition of God. A Christian, or a Muslim, or a Jew would say that God has no limit to his power and goes on forever.

Duncan Bartlett : Although as you say Communism is an atheist idea, it seems Chairman Mao Zedong, the founder of the People’s Republic of China, is somewhat deified. His face still appears on every banknote. So is Mao a Chinese god?

Clyde Prestowitz: He might be described as the great prophet. His body still lies in state in Beijing. When Mao died in 1976, it caused a crisis of faith.

Nowadays, we talk about the Chinese miracle, yet Mao’s era was marked by more than thirty years of economic disaster. When people in China looked to the rest of East Asia, they saw that the economies of South Korea, Japan and even Taiwan were all far, far ahead of China, even though China was supposed to be following the true faith. In the wake of that, China’s leaders created a hybrid philosophy, which they call ‘socialism with Chinese characteristics’.

Duncan Bartlett : It sounds a bit like the way in which theology was adapted by different groups in Christianity. I am thinking especially about the differences between Roman Catholicism and Protestantism.

Clyde Prestowitz: I couldn’t agree more. If you think about Martin Luther in the Reformation, there’s a similarity there to Deng Xiaoping, the reformer of the original doctrine of Communism.

Duncan Bartlett : You talked about a miracle, another word which has religious connotations. You’ve said that during Mao’s time, there was no economic miracle in China. Yet there has been something of an economic miracle of late, particularly while Xi Jinping has been China’s leader. There was remarkable economic growth – 18 per cent in the first quarter of this year.

Clyde Prestowitz: Well, I think we have to be careful about this figure of 18 per cent. Remember that the Chinese measure their growth differently. I’m not saying that China isn’t enjoying a big rebound: it clearly is. But if you look back to the immediate post-Mao period, when Deng Xiaoping introduced a new type of Communism, it kind of worked because it unleashed market forces, opened China up to the outside world and brought with it technology, investment and progress.

But at the same time, corruption grew. Many party members didn’t appear to be following the true faith. Then Xi Jinping came along and became the head of the party and the head of the country in 2012. He reimposed discipline.

I don’t attribute China’s successful growth to Xi but I do think he removed those who were not really faithful. He insisted that people said their prayers and repeated the beliefs of the party. Xi Jinping also constantly talks about struggle. There is a similar message from St Paul in the Bible, who wrote that belief in the true God is a constant struggle. Xi has given direction to a successful China, which he hopes will be the world leader. Not a world leader but the world leader.

Duncan Bartlett : One of the things that struck me reading your book, The World Turned Upside Down: America, China and the Struggle for Global Leadership, is that tens of thousands of people have lost their jobs or been imprisoned because of corruption. People are still even being executed on charges of corruption. So what do you make of the anti-corruption campaign?

Clyde Prestowitz: China was suffering from corruption and this led people to question the ability of the party to rule. By clamping down on that, Xi re-established the leadership and the power of the party. Corruption had gotten to the point where it was interfering with economic growth and technological advance. Xi redirected the energy towards more productive goals.

Duncan Bartlett : You say that people are asked to study Xi Jinping thought, or repeat it as a form of prayer, or a liturgy. People now use apps on their mobile phones to read the doctrine regularly.

Duncan Bartlett : So who decides the doctrine or the ideology? Is Xi taking the lead on this? He’s surely busy with executive responsibilities. How much of a philosopher is he?

Clyde Prestowitz: I don’t think that he is a first-class intellect in the academic, philosophical sense. On the other hand, he has tremendous discipline, and he has faith. He believes this stuff and has an ability to select people who are loyal to him and provide him with the intellectual firepower that he needs. Like a religious leader, he has his disciples and some of them are pretty impressive.

Duncan Bartlett : So alongside the disciples, who are the bishops or priests who play a role in maintaining the faith among the general population?

Clyde Prestowitz: There are various groups. There’s the people alongside Xi inside the Politburo. Then you have the universities, which provide the books and articles that reinforce and proclaim the faith.

In the business sector, you have a huge web of state-run enterprises. Xi Jinping appoints the head of every state-owned enterprise. He also appoints every mayor of the city, every province.  It’s as if the president of the United States appointed the mayor of New York and San Francisco and LA and the governor of New York and California, and all the other states. And it’s as if the US president also appointed the head of the fortune 500 companies. This is what Xi does. He has an immense network of people who are powerful. Many of them are highly intelligent, skilled and experienced.

Duncan Bartlett : So what happens to people who lose their faith or feel that they can’t believe? If you reach the conclusion that ‘socialism with Chinese characteristics’ is not the right path for you, or for your country, is there any scope to be a dissenter?

Clyde Prestowitz: I don’t believe there really is. I think what you can do is keep quiet. If you are in the church but you’ve lost your faith, you don’t have to proclaim that loss of faith. You can still go to confession or you can still go and pray or go to a study session and just keep your mouth shut. But if you lose your faith, you’re not going to have any real influence. It’s pretty clear that in China today, you don’t want to cross Xi Jinping thought.

Yet there are indications that there’s a lot of dissatisfaction with Xi. He stepped on a lot of toes. His anti-corruption campaign affected a lot of powerful people. These people have friends, and they had their own disciples.

So I think there are many people who feel that if Xi stumbles, there’ll be a lot of vultures to eat the flesh quickly. But for the moment he’s in charge and people know they must be careful about crossing him.

Clyde Prestowitz is founder and President of the Economic Strategy Institute. His new book, The World Turned Upside Down: America, China and the Struggle for Global Leadership, is published by Yale University Press. Duncan Bartlett is Editor of Asian Affairs, and the host of the China in Context podcast, in association with the SOAS China Institute, University of London