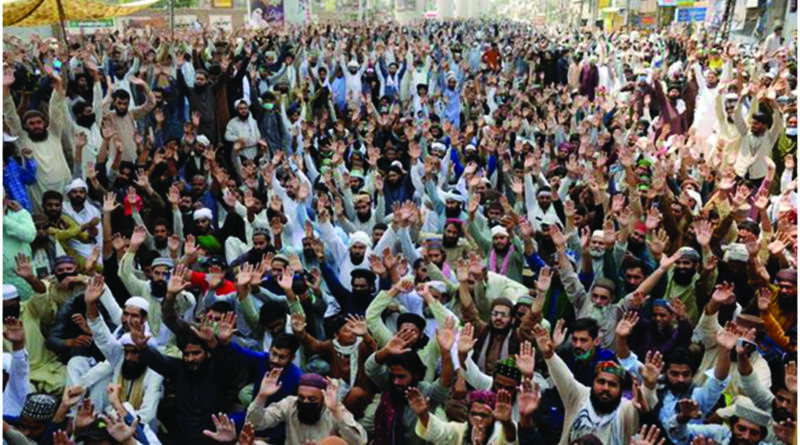 Pervez Hoodbhoy imagines some questions that envoys from OIC countries might ask the Pakistani premier, after his recent request that they collectively address key concerns

When Prime Minister Imran Khan summoned OIC ambassadors to his office early last month, he assigned their countries a new mission. So far Muslim countries have failed, he said, to convince the West – France in particular – that blasphemy against the Prophet (PBUH) was hurting the sentiments of the world’s 1.5 billion Muslims. This failure is causing endless trouble in Pakistan. The West must therefore curb freedom of expression and introduce blasphemy laws acceptable to Pakistan and the ummah. Would the OIC’s ambassadors kindly double down to their job?

Ambassadors are trained not to raise difficult questions. But making powerful countries change their cherished beliefs and laws is not easy. Hence some might be tempted to ask:

Differences erupted within the group over relations with al-Qaeda

Sir: we are all Muslims and deeply pained every time our beloved Prophet is disrespected. But please explain why violence erupts in your country but not in ours. When some blasphemy incident occurs in France or Denmark we simply condemn it, shout for a bit, and then move on. In our countries we don’t let protesters paralyse cities, torture and kill policemen, or set fire to property. Back home when we call such people terrorists, we actually shoot them dead. But you seem to be a kind man. True, you did declare the TLP as terrorist but then you immediately bargained and released 669 rioters, even though they had injured 700 of your policemen and killed four officers. We next heard you saying that you share the TLP’s goals but not its methods. Your approach to terrorism puzzles us.

Sir: we read in your newspapers that you agreed with TLP that the French ambassador’s expulsion should be debated in parliament. Of course, we despise Emmanuel Macron. Who doesn’t? Still, none of our countries threatened to expel his ambassador. Anyway, the debate deadline of April 20, 2021, has long passed, so kindly clarify whether there was a debate. Obviously we don’t know the outcome but we heard you saying in one of your near-daily addresses to the nation that Pakistan cannot sever relations with France lest the European Union react badly. Is that why we still see a French-looking gentleman strolling around in the diplomatic enclave? He doesn’t seem to have departure plans and Kohsar Market remains well stocked with French cheeses. Does this mean that the French ambassador will stay and French goods will not be boycotted? We hope to receive your guidance for onward transmission to our capitals.

Sir: if you don’t plan to expel the French or boycott their goods, how can we persuade our leaders back home to expel or boycott either? They will want to know from you how to force Westerners into accepting our demands. Of course, we completely understand that your economy hangs upon the West’s goodwill and so you have to be extra nice to them. As it is, these days Covid-19 has made life tough for you. Thankfully, the West gave you some special aid to handle it but we see FATF and IMF conditions hanging around your neck. We are truly sorry that you cannot bring back the billions looted by your previous governments, get your citizens to pay their taxes, fix the head-to-toe corruption, and that your army’s spending is not for you to determine. In return we hope you will appreciate that although a few of us have lots of oil, we also can’t talk too loudly against those who supply us with weapons, technology, ideas and a comfortable life.

Sir: we can sense your panic at the recent EU parliamentary resolution seeking possible revocation of Pakistan’s GSP⨦ status. That it was approved 662 to three (with 26 not voting) must be worrying. We know that its implementation will wreck Pakistan’s textile exports and your economy may collapse. As it stands, Pakistan’s pre-Covid GDP annual growth rate of one per cent didn’t compare well with India’s (4.2pc) or Bangladesh’s (8.2pc). Now that the Americans have fled Afghanistan, Coalition Support Funds have dried up. As for the Chinese, who knows better than you how stingy they are on aid. We don’t have much advice here to offer but maybe you can get into the West’s good books by releasing those who have spent five to 10 years in jail awaiting trial for blasphemy? Stop mob lynchings? Give a modicum of religious freedom to your people? At least allow your blasphemy laws to be discussed? Yes, we know we OIC folks aren’t great on human rights but your country and Shireen Mazari still surprise us.

Sir: we much appreciate the trust you place in us to find a joint strategy against Europe but we feel you are a tad too optimistic about our unity. Frankly, we Muslim colleagues can’t agree on any big issue, including iftar timings and moon sightings. Some of us have recognised Israel, others are on the brink, and yet others say they will fight that Zionist entity till death. We differ on practically everything, including the war in Yemen. As for Kashmir, we didn’t want to offend you last December and so upon your repeated insistence – and that of Shah Mahmood Qureshi – we did eventually pass the resolution you wanted so badly. But you know well that we don’t want to offend India either and we won’t lift a finger to hurt it. That’s all that we are allowed to say as diplomats.

Mr Prime Minister: we agree with you that the French are a bad, blasphemous, laïcité-afflicted people. It’s therefore terribly sad that so many of us Muslims – and your countrymen in particular – are still lining up for French visas and millions of Muslims continue to live in Europe. None want to leave France or the EU. Finally, we know its Islamophobia that upsets you and not Muslimophobia. But on your borders the Chinese are beating the daylights out of Uighur Muslims. Of course, we are quite aware that you don’t know anything about that but the facts are just a click away. May we therefore request that upon your next jaunt to Beijing, you whisper to President Xi Jinping to be just a little nicer to them?