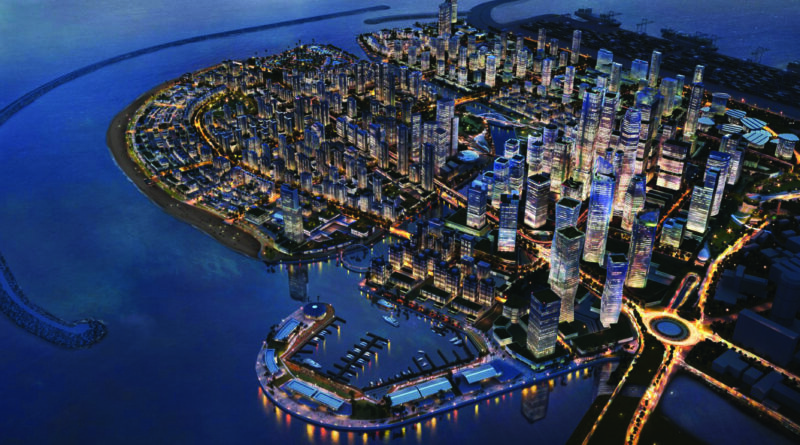 From non-aligned to one aligned

Neville de Silva examines the implications of Colombo’s foreign policy shift under Gotabaya Rajapaksa, from a time-honoured adherence to non-alignment to a clear affiliation with Beijing

June 4, 2021 marks 30 years since the killings of an undisclosed number of Chinese protestors at Beijing’s Tiananmen Square. For many years, the Chinese government and its ruling Chinese Communist Party (CCP), with characteristic understatement, called it the ‘June 4 incident’.

It was the hardliners in the CCP who forced the ouster of its general secretary Hu Yaobang, a party moderate who had encouraged democratic reform, and eventually ordered the military crackdown on the protestors at Tiananmen – perhaps the blackest day in the history of post-revolutionary China.

Sri Lankans should recall the central role of the Chinese Communist Party in turning Tiananmen Square into a horrendous killing field that provoked an unprecedented outpouring of public grief and condemnation from neighbouring Hong Kong, in light of the apparent reverence that Sri Lanka’s President Gotabaya Rajapaksa appears to pay to the CCP’s style of governance.

And he has done so more than once, even telling China’s Defence Minister Wei Fenghe, during his visit to Colombo in April, that he hoped to ‘learn from the governance experience’ of the CCP in poverty alleviation and rural revitalisation.

While the CCP’s role in poverty alleviation might be conceded, the same cannot be said of corruption elimination. It was growing corruption among those in the Chinese government and Communist Party that triggered the massive student protest, which demanded an end to the burgeoning graft and lack of accountability by officialdom, and collectively called for democratic reform in China’s politically regimented society.

While President Rajapaksa, who has been invited to China, might pick up a thing or two about the success of the CCP in alleviating poverty, there is little he could learn about ridding society of other malaise prevalent in China – a pity, as such knowledge might help to eliminate Sri Lanka’s own political viruses that are causing serious concern, not only in Sri Lankan society but also in the region.

From the early years of Sri Lanka’s independence from British rule, Ceylon (as it was then known) had followed a policy of peaceful co-existence, articulated earlier by India’s Prime Minister Jawaharlal Nehru as the five principles of ‘Panchaseela’, deriving from Buddhist Thought.

It was this Nehruvian Panchaseela that eventually formed the bedrock of the foreign policy of most newly independent states in Asia, Africa and Latin America, under the banner of non-alignment. Under Prime Minister Sirima Bandaranaike, the world’s first woman prime minister, Ceylon was one of the founders of the Non-Aligned Movement (NAM) in 1961 in Belgrade. It was a foreign policy that most Ceylon/Sri Lanka governments were wedded to, except perhaps the pro-western United National Party (UNP) government under President Junius Richard Jayewardene, who cynically told me there were only two non-aligned countries in the world: the USA and the USSR.  This was in 1979 and, ironically, he was then the Chairman of NAM.

Then, with the advent of another Rajapaksa, Gotabaya, as president, Sri Lankan foreign policy was redefined. He said at his inauguration in November 2019 that it was now one of ‘neutrality’, dropping any reference to the long-standing policy of non-alignment.

Though never clearly defined, to Rajapaksa junior this meant staying aloof from Big Power conflicts. By that time, the Indian Ocean had perceptibly turned into a conflict zone as China’s push into this vital maritime international sea route led to counter responses from other major powers, namely the US, Japan, Australia and India.

Moreover, New Delhi saw the growing Chinese naval and economic presence in the region under China’s Belt and Road Initiative (BRI) and Maritime Silk Route as an intrusion into its sphere of influence, raising strategic security concerns.

So there was a congruence of interest among other major powers and users of the Indian Ocean in challenging what was perceived as Beijing’s expansionism, that is, asserting its own presence in the region and the freedom of navigation for all.

Shortly after Narendra Modi became India’s prime minister in 2014, he made a dramatic shift in India’s own foreign policy, turning from a ‘Look East’ policy to an ‘Act East’ one. This implied a more conscious and determined involvement in South East Asia, particularly ASEAN.

If Modi enunciated a ‘Neighbourhood First’ doctrine, Gotabaya Rajapaksa claimed his to be ‘India First’, perhaps in an attempt to balance the elder Rajapaksa, Mahinda’s, pro-China predilections as president. It was during Mahinda’s nine years at the helm, from 2005, that bilateral relations were at their strongest, perhaps not without cause.

President Mahinda Rajapaksa, with brother Gotabaya as his defence secretary, was at war with the ruthless separatist Liberation Tigers of Eelam (LTTE), popularly known as the Tamil Tigers. The only country at the time ready to help the Rajapaksas defeat the separatists, with substantial finance and arms aid, was China, which it did in May 2009.

Mahinda returned the favour by contracting China for some major infrastructure projects, including the new Hambantota port in the deep south some 15 nautical miles or so from vital international sea lanes. This port, which is now on a 99-year lease to China because Sri Lanka could not meet its loan repayments, has turned out to be a serious strategic concern to India and other major trading nations.

Last month another major Chinese project Colombo Port City (CPC), some 270 hectares of land reclaimed from the sea close to the capital’s principal port, came alive after the Supreme Court approved the Bill to set up the managing commission after the Court called for several changes to clauses that were inconsistent with the constitution.

The CPC, in which the Chinese development holds 43 per cent of the land (also for 99 years) is intended to be a huge investment and business centre for foreign investors. This made the US ambassador in Colombo, among others, reach for the panic button for fear that the CPC could be a source of money laundering and other ‘dirty’ money.

A former minister in the previous government and a member of the ruling party, Dr Wijeyadasa Rajapakshe, even warned that the Port City might well turn out to be a ‘colony’ of China, given the exclusion of Sri Lankan entrepreneurs from investing there, even if they had foreign currency to do so.

Critics of the Rajapaksa government’s policies – including the militarisation of the civil administration and the handling of the Covid-19 pandemic that is still surging in the country – say that Sri Lanka’s foreign policy of neutrality and its ‘India First’ declaration are nothing more than geopolitical window dressing.

They claim it is unsupported by fact and is meant to cover the government’s strong pro-China commitments. They also point to a media release by the Chinese Embassy in Colombo, following Defence Minister Wei Fenghe’s April visit, in which President Rajapaksa is quoted as telling the visiting minister that Sri Lanka ‘has prioritised developing relations with China and firmly supports China’s positions on issues concerning its core issues’.

If, by jettisoning non-alignment and embracing ‘neutrality’, Sri Lanka means it is following an equidistant foreign policy, it has not shown so by its actions. China obviously knows best. In its statement on the defence minister’s visit, the Chinese embassy says: ‘China appreciates Sri Lanka’s independent and non-aligned foreign policy.’

Scant wonder many are puzzled by the nomenclature.