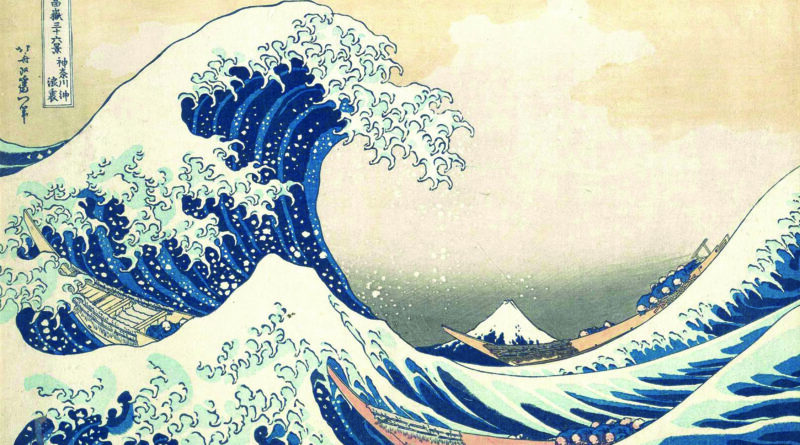 Japan’s Asian neighbours are angered by its decision to discharge radioactive water from the Fukushima nuclear plant into the sea. Duncan Bartlett  appraises the risks involved and takes stock of the political implications

Nobody in Japan can forget the terrible day in March 2011 when an earthquake, tsunami and the meltdown of a nuclear power station combined to create a triple disaster, which is still having serious international consequences.

Japan has announced its plans to discharge radioactive water from the Fukushima Daiichi nuclear power plant into the Sea of Japan, drawing sharp criticism from South Korea, China, Taiwan and Russia.

About 1.3 million tonnes of radioactive water – enough to fill 500 Olympic-sized swimming pools – are currently stored in huge tanks near the ruined plant. It has been used to cool the fuel rods damaged by the tsunami.

Now, the plant’s operator, Tokyo Electric Power Co (TEPCO), is running out of space to keep the water, with the tanks expected to fill up by 2022.

The water is treated through a complex filtration process that removes most of the radioactive elements – but not all. For example, it still contains traces of tritium, which, if consumed in large quantities, is deemed to be harmful to humans.

Environmental groups like Greenpeace have therefore expressed their opposition to releasing the water into the ocean. Many local fishermen from eastern Japan are also worried. Even if the pollution does not harm marine life, they are concerned about the impact on their reputation.

The Japanese authorities acknowledge the risk but say the tritium will be so diluted it cannot cause any health problems.

Japan’s controversial plan has the backing of the International Atomic Energy Agency, which says the release is similar to the disposal of waste-water at other plants around the world. The US State Department has also come out in support of Japan, saying it appears all major protocols were followed before the decision was taken.

Firstly, how should the opposition to Japan’s plan by China and South Korea – and the support from the US – be regarded in a geopolitical context?

And secondly, what other options are open to Japan when it comes to dealing with the problem?

Japan lags behind many other nations in the green energy stakes

In South Korea, the Fukushima water issue has joined a dossier of complaints against the Japanese, backed by legal action. South Korea has already filed a lawsuit over Fukushima in the International Tribunal of Land and Sea.

The matter led to tension when the South Korean and Japanese foreign ministers met on the sidelines of a G7 meeting in London in May 2021.

Chung Eui-yong told Toshimitsu Motegi that the contaminated water could damage the health of the Korean people. He reminded his counterpart of the anger still felt by many South Koreans about the time in the early 20th century when Korea was a Japanese colony.

He also reasserted the rights of the Korean courts to sue Japanese businesses for damages. Even though the Japanese government challenges the legal action, it can do little to change the hostile mood in South Korea.

Fukushima is also an issue which is highly emotionally charged in China.

In a Tweet, a Chinese Foreign Ministry spokesperson, Zhao Lijian, included a parody of a famous picture called the Great Wave by the Japanese artist Hokusai.

‘If Katsushika Hokusai, the original author, is still alive today, he would also be very concerned about #JapanNuclearWater,’ Zhao wrote.

The Japanese bristled at one of their great works of art being used against them in Chinese propaganda and complained to the Chinese Foreign Ministry. However, by then, the Tweet had already been viewed by millions of people.

Japanese officials have pointed out that in some other countries which operate nuclear power plants, including China and South Korea, it is common for radioactive water to be released into the sea, after it has been treated.

This leaves the question of what other alternatives are available.

Japan’s Prime Minister, Yoshihide Suga, said, ‘We have no choice but to take on the waste-water issue, as we need to proceed with decommissioning of the nuclear reactors.’

TEPCO wants to decommission the Fukushima Daiichi plant between 2041 to 2051. It says it cannot move forward with the plans if more storage tanks have to be built to contain the waste-water.

The decision to put the treated water into the sea has come after years of discussions, which were closely followed by the Japanese media. Some newspapers have questioned whether the water may be more dangerous than the authorities are prepared to admit. After all, both TEPCO and the government attempted to downplay the seriousness of the original disaster in 2011, damaging public confidence.

The media questions whether the water could contain other radioactive elements, such as caesium-137 and strontium-90. If they are present, they could have a much greater impact on health.

In response, the Japanese authorities say they will stringently monitor the water to ensure the isotopes are not present at high levels. International inspectors will be invited to observe.

Scientists say the only other plausible option to deal with the waste-water is simply to wait until it has evaporated. However, leaving the water in tanks on shore for many decades creates another set of risks.

Furthermore, the evaporated moisture, if contaminated, could be spread far by the wind, posing potential risks to China, South Korea and beyond.

Looking to the future, Japan aims to reach a state of carbon neutrality by 2050 and nuclear power will be a part of the process, accounting for around 20 per cent of the country’s electricity mix. Reactors which have been closed since the Fukushima disaster are being restarted, despite murmurs of local opposition. There is also a push for more electricity generation through hydro, off-shore turbines and thermal.

So far, though, Japan lags behind many other nations in the green energy stakes. And while Tokyo is keen to cooperate with other nations on climate change issues, the diplomatic fallout from Fukushima has created further friction in the already difficult relationships within East Asia.

Duncan Bartlett is the Editor of Asian Affairs and a former BBC correspondent in Japan. He is also a Research Associate at the SOAS China Institute, University of London