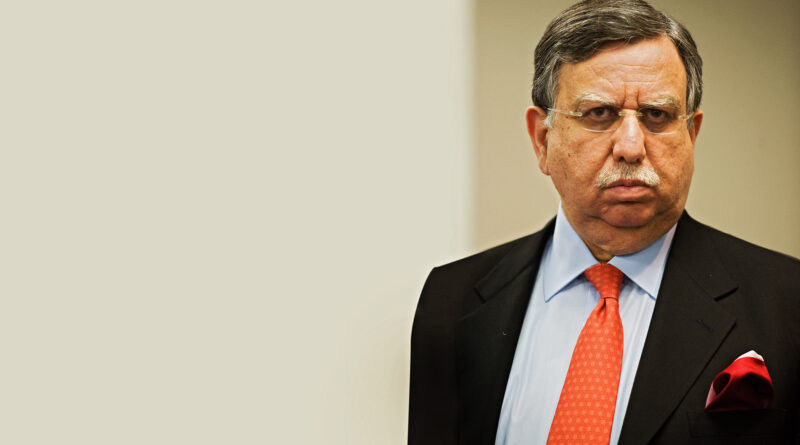 Beset by the economic fallout of Covid, rampant corruption and fierce opposition, Pakistan’s leader has a political mountain to climb. Rahimullah Yusufzai reports

With Prime Minister Imran Khan facing an internal rift in his ruling PTI party and the opposition alliance Pakistan Democratic Movement already split, the political situation in Pakistan remains uncertain and the government’s troubles are not over yet.

There are challenges galore. The Covid-19 pandemic has affected life and the economy as never before and nobody knows how long the disease will continue to claim lives and jobs. The withdrawal of US-led NATO forces from Afghanistan has started and Pakistan is anxious to avoid any negative fallout, should no peace agreement be reached between the Kabul government and the Taliban in the intra-Afghan negotiations, in which no progress has been made since September 2020. Hopes about improved relations with India have not materialised and there is presently no new peace initiative to attempt a resolution of their old and new disputes.

Although the third and by far most dangerous wave of Covid-19 has now subsided, allowing the government to ease lockdown restrictions, experts are warning there is no room for complacency as the virus continues to take its toll and new variants, including those identified in neighbouring India, could enter Pakistan. The government is also grappling with the challenge of vaccinating residents who don’t possess computerised national identity cards (CNICs). Among them are some three million Afghan refugees and illegal residents from other countries. No decision has been taken about these people, as the government first wants to vaccinate legal residents. Pakistan has joined the list of 30 countries that have administered over five million doses of different vaccines, but the numbers are insignificant, considering its population of 216 million.

The economic situation, too, continues to cause concern, even though the PTI-led coalition government has been painting a bright picture by claiming the economy is improving. The unexpected estimate by the National Accounts Committee, which has representation among all the stakeholders, including senior economists, Bureau of Statistics and provincial officials of crop reporting services, that the economy would grow at 3.94 per cent in 2020-21 was seen as over-optimistic. Government ministers defended the GDP growth data, while the opposition termed the figures wrong and manipulated. The debate intensified, as this government and the opposition have, since the 2018 general election, yet to agree on anything. Shahbaz Sharif, leader of the opposition in the National Assembly, who was recently released on bail, called the government claim fake, recalling that its policies had rendered five million people jobless and left 20 million in extreme poverty.

Shaukat Tarin, the new Finance Minister who was suddenly brought in to replace Abdul Hafeez Shaikh, in a desperate attempt by the prime minister to shore up the economy, countered by claiming that the GDP would grow to five per cent next year and six per cent in the financial year 2022-23 if the present pace of growth continued. Tarin also announced that the government would provide targeted subsidies on electricity, flour and other essential commodities to the 40-45 per cent of the population living below the poverty line. He hoped the International Monetary Fund (IMF), which gave a $6 billion loan to Pakistan in 2019, would allow fiscal space for the government by relaxing its tough conditions, including tax rises and less government spending, so that a bottom-up approach could be adopted to shift the benefits of inclusive growth to the masses, instead of waiting for the trickle-down effect.

Prime Minister Imran Khan could never have imagined that his close aide, Jehangir Khan Tareen, the former secretary general of the PTI who was instrumental in luring a number of independent lawmakers to join the party so it could gain a majority, would one day lead a separate group within the party after being accused of involvement in a sugar scam. A hike in sugar prices and the ensuing crisis prompted the Prime Minister to order the Federal Investigation Agency (FIA) to investigate the issue and unearth those who benefited from it. The FIA report, which was made public, named several people who owned sugar mills – including Jehangir Tareen and the brother of another PTI leader, Khusro Bakhtiar, who was and still is a federal minister, and the PML-N President Shahbaz Sharif – as having benefited from the crisis.

Many top politicians belonging to different parties are sugar barons, and hugely influential. With Jehangir Tareen and his son now facing investigations and a court trial, several PTI activists, including ministers and lawmakers, have rallied to his banner to demand justice for him. They met the Prime Minister and Punjab Chief Minister Usman Buzdar to explain their viewpoint and consultations are continuing on how to handle the rift in the PTI, whose government, due to its narrow majority in parliament, could collapse if the Jehangir Tareen group doesn’t vote for the annual budget, to be presented by the ruling party in June. Though the group has made it clear it would remain part of the PTI and vote along party lines, it expected the Prime Minister to reprieve Jehangir Tareen. On the surface, the group wants a fair investigation for Tareen, and any punishment meted out to him could force his supporters to take extreme action.

This is a moment of truth for the Prime Minister, whose 22-year political career, before coming to power, was built on his slogan of fighting corruption and enforcing accountability. If he manipulates the system to spare Jehangir Tareen, he will be accused of undertaking selective accountability and punishing his political opponents only. Right now a number of opposition politicians, mostly belonging to the two major political parties, PML-N and Pakistan People’s Party (PPP), are either in prison, on bail or facing trials in references filed by the anti-graft body, National Accountability Bureau (NAB). Those facing corruption cases claim they are being politically victimised.

The Prime Minister has declared that he won’t be blackmailed into stopping the accountability process, even if his government is faced with the threat of collapse. One sentence which is uttered on an almost daily basis is that no ‘NRO’ will be given to spare those who have looted the country’s wealth and stashed it abroad. ‘NRO’ is the abbreviation for the National Reconciliation Ordinance, which was issued by military ruler General Pervez Musharraf in October 2007 as part of a deal with opposition politicians to withdraw all cases of misuse of power and corruption against them. Benazir Bhutto benefited from that NRO and was able to return home from self-exile to resume her political career.

The opposition politicians, particularly deposed Prime Minister Nawaz Sharif and his younger brother Shahbaz Sharif, constantly deny seeking an NRO. Their argument is that they would not be in jail if they had sought or secured an NRO. The tough accountability campaign and a number of other issues prompted ten opposition parties to join hands to form the Pakistan Democratic Movement (PDM) in late 2020 and launch a mass campaign to oust the government. The movement gained momentum after holding big public meetings in big cities in all four provinces and announcing a plan of action to demand fresh elections and stage a ‘long march’ on the federal capital, Islamabad, to paralyse the government and force the Prime Minister to resign.

However, the PDM components differed on taking part in the by-elections and resigning from the assemblies and this led to a split. The PPP decided to contest the by-elections, particularly in its stronghold of Sindh province, where it is in power, and not to resign from the assemblies. The smaller Pakhtun nationalist party, Awami National Party (ANP), sided with it. The other eight parties led by the UK-based Nawaz Sharif and the Islamic party, JUI-F, headed by Maulana Fazlur Rahman, who is also the head of the PDM, are still together and have declared they will organise the postponed ‘long march’ to Islamabad and campaign for the removal of the government. While it was intact, the PDM still had a small chance to succeed in its mission, even though street-power has never yet ousted any government in Pakistan. But in its present shape, with diminished strength, the PDM lacks the popular support to remove Imran Khan from power, more so due to the fact that Pakistan’s powerful military establishment has made it clear it would stand by the democratically elected government.

The ruling PTI is lucky that, despite its falling popularity due to inflation, unemployment and security issues, it has survived this long. The divided opposition failed to exploit the situation to its advantage and is unlikely to pose any major challenge to the government in future. The Prime Minister, whose clean reputation has remained his plus point, is trying hard to set things right, particularly the economy. He has reshuffled his cabinet six times since coming to power and even taken action against some of his own ministers after reports of their corruption emerged.