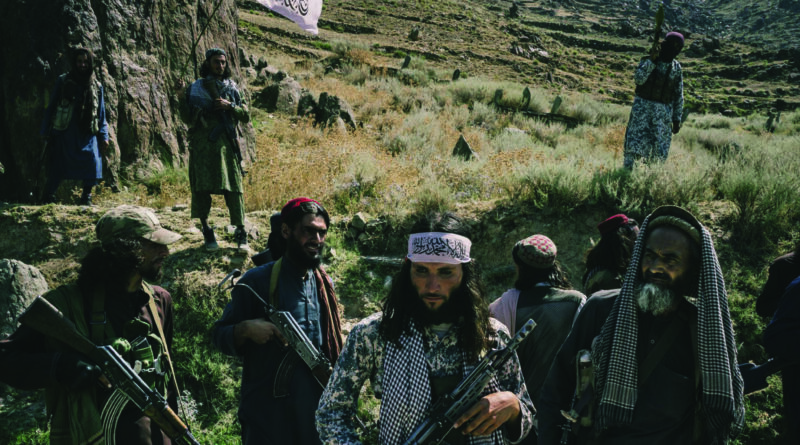 As the date approaches for all American troops to exit Afghanistan, G. Parthasarathy looks ahead to uncertain times for the country and the region

President Biden announced, on February 14 this year, that the US would withdraw all its forces from Afghanistan by September 11, 2021. That day marks the 20th anniversary of the terrorist strikes on New York and the Pentagon, which were planned and executed from Taliban-ruled Afghanistan. Osama bin Laden, who masterminded the attacks, was killed in a helicopter borne attack by American Special Forces in the early hours of May 2, 2011, in the Pakistani cantonment town of Abbottabad.  Many Pakistanis acknowledge that the covertly planned American air attack caused considerable unease and embarrassment for the establishment in Rawalpindi.

Recent studies indicate that the war in Afghanistan has cost the US government $2.6 trillion, and resulted in the deaths of 241,000 people, including 2,372 US military personnel. Interestingly, the Obama administration chose to make no reference to the role of the Pakistan government and the army in providing a safe haven to the most wanted terrorist in the world. Osama bin Laden was housed in a residential building in Abbottabad, located virtually at a stone’s throw away from Pakistan’s Military Academy. Moreover, there are no indications, even now, that the Taliban will renounce its medieval practices on the role of women, or on the enforcement of strict Sharia law.

We are in for uncertain times ahead.  There is little doubt that it is only a question of time before the Taliban, which is almost entirely made up of Pashtuns, moves militarily to take control of Pashtun-dominated areas in Afghanistan. Contrary to popular belief, Afghanistan is not a monolithic country. It has 14 distinct ethnic and linguistic denominations apart from the Pashtuns, including the Tajiks, Kyrgyz, Baloch, Turkmen and Uzbeks. Pashtuns constitute 40.9 per cent of the population. The Tajiks, constituting 37 per cent, live in northern Afghanistan, bordering Central Asia.  The non-Pashtun population in Afghanistan resisted Taliban rule previously and there is no reason to believe anything has changed on this score.

A major reason for the extraordinary external interest in Afghanistan by powers like China is that the country is a goldmine of mineral and material resources. Afghanistan’s high-quality emeralds and rubies have long excited the international gemstone market. The United States Geological Survey has concluded that Afghanistan may hold 60 million metric tonnes of copper, 2.2 billion tonnes of iron ore, 1.4 million tonnes of rare earth elements, and huge amounts of aluminum, gold, silver and other elements. The US withdrawal will lead to a race for access to Afghanistan’s natural resources, with China as the most active participant. Moreover, the Durand Line, drawn arbitrarily during British Colonial Rule, is not accepted as an international border by Afghan Pashtuns, including the Taliban, who believe Afghanistan’s borders extend to the Indus River, near Attock in Pakistan.

The stage appears set for further uncertainty in Afghanistan, because of vast differences between the Taliban, on the one hand, and a large number of Pashtuns, on the other, who are also inclined to resist any effort to impose Taliban rule on the country. While the performance of the Afghan National Army, in facing up to the Taliban, has been patchy in the past, it remains to be seen if the Afghan government can motivate its forces to stand up to the militant group. In any case, the Taliban will find the going tough as it approaches Kabul and other areas which are not Pashtun-dominated.

India joined Tajikistan and other Central Asian countries in providing support for the Afghan resistance to the Taliban, which was led by the legendary Ahmed Shah Masood. It also needs to be borne in mind that even Iran, in the past, backed the resistance to Taliban rule in Afghanistan, particularly in areas close to its borders. Iran’s cooperation would be crucial in today’s situation, when US forces are pulling out of Afghanistan and Iran’s own neighbours in the Shia Hazara population in Afghanistan are deeply concerned about the possibility of the Taliban returning to power. However, Iran would be in a better position to contribute effectively in Afghanistan when American-led sanctions against it end.

India is carefully watching developments in Afghanistan. Its developmental assistance has been substantial. It involves the development of Afghan educational institutions, the promotion of education for women, and the provision of facilities for professional training for thousands of Afghans, in areas ranging from Information Technology, engineering and medicine to electrical power and computers. This assistance has won India considerable goodwill in Afghanistan, reinforced, of course, by large projects like the Salma Dam and the power grid for bringing electrical power to Kabul from the north. India’s main interest, however, focuses on peace, stability and progress, free from foreign interference, in Afghanistan.