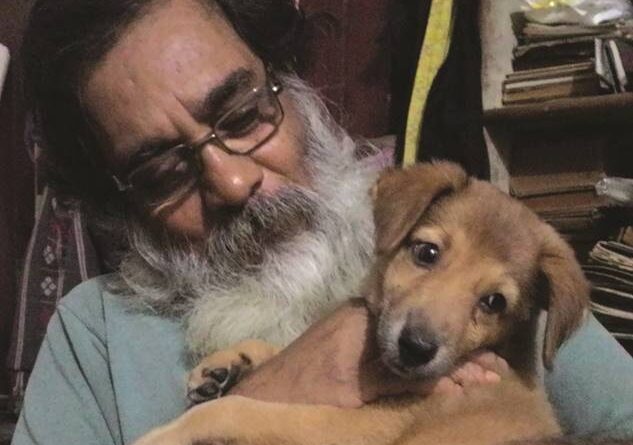 A. Sat-Bhambra looks back on the rich and caring life of writer, thinker and educator Pradeep Bhattacharya

On May 2, 2021, as the day drew to its close, Pradeep Bhattacharya – writer, journalist, film-maker, teacher and science communicator – became yet another casualty in India’s raging coronavirus pandemic.

Before his untimely death from COVID-19 at the age of 66, Pradeep had dedicated his life to the causes of socialism and education. He was a champion of working people and greater social parity, as well as a passionate advocate of rational, scientific thinking.

I first met him in 1994, when I was introduced to Pradeep and his fellow journalist, Mr Y.S. Gill, by the celebrated Communist writer and activist Jagjit Singh Anand. Having recently started my monthly current affairs magazine Asian Affairs, I was still finding my feet.

In Pradeep Bhattacharya, I could not have found a more generous supporter and advisor. He was at that time still a member of the Communist Party of India, and his inclination towards left-wing politics was clear. We enjoyed many an hour discussing socialist ideas, a political landscape that Pradeep knew well, having travelled to the former Soviet Union, where he studied Marxism at Moscow’s Institute of Marxism-Leninism, and he had also visited the former German Democratic Republic for a three-month study-cum-seminar tour. I was impressed by his in-depth knowledge of Karl Marx’s writings, and captivated by the wide range of topics on which he could so fluently converse, from art and culture to science, philosophy, history and politics. He was also a gifted linguist, well-versed in English, Hindi and Bengali, and he knew a little Russian too.

After that first encounter, we stayed in regular contact, and would meet up whenever I visited India. Pradeep was a fountain of knowledge, always ready to share it in any way he could, and he sent me many valuable suggestions as to how I could take Asian Affairs forward. Two popular websites that I still run today, punjabilok.com and, later, urdutahzeeb.com, were set up with the help of both Pradeep and Mr Gill.

Pradeep Bhattacharya’s career was long and varied, and he was admired alike by his readers, audiences, students, friends, and the general public. Yet, despite his many gifts, he was never one to seek the limelight and he led a simple, modest life. For Pradeep, status held little attraction or importance, and his role in the Communist Party of India – which he later joined – was always as more of an activist and educator rather than a high-ranking figure.

For many years he was the vice-principal of the CPI’s Central Party School and a member of the party’s education department. He was one of those leading comrades who built the Central Party School campus, located in Faridabad, the National Capital Region of Delhi, literally brick-by-brick – from acquisition of the land to supervising the architectural and construction work. Thousands of party leaders, cadres and students attended Central Party School classes at Faridabad.

Later, in difficult times, the campus was given to the School of Communication and Cine Arts (SCCA), which aimed to promote the arts, theatre and films as a means of highlighting the causes of working people, secularism and India’s composite culture. I was invited to open this establishment, which I did; and I am glad to say that I was able to return Pradeep’s many kindnesses by donating cameras and other film-making equipment to the school, which I know they still use to this day.

As one of the directors, Pradeep was the brain behind the SCCA, having devised the unique concept ‘From Stage to Screen’, where students learned the arts of theatre and film-making as an integrated discipline in a free, unencumbered environment, including acting, set design, camera work, sound, lighting and editing. He played an important role in the innovative and creative design of the studios at the SCCA’s Faridabad campus, undeterred by the constraints of a limited budget.,

Politics and the arts were just two strings to Pradeep’s bow. Being the multitalented and energetic man he was, he also led the team behind one of India’s most successful science communication projects, The Science Page, which was a full-colour, ready-to-print folio published in several languages by mass-circulated newspapers. The page, which reached several million readers, was first published during the 1990s and carried stories about pioneering work at the frontiers of science, written and illustrated for the lay reader.

Along with his colleagues, Pradeep played a leading role in many other science, education and astronomy club projects, including Science of Light school workshops in Delhi and NCR; Mathematics & Science Communication Media Workshops across India; commemorating the International Year of Mathematics and the birth centenary of Shrinivas Ramanujan; nationwide Science & Astronomy workshops; and supervising all the operations of Mars Education.

For him, the sky was never the limit.

Pradeep’s tragic death from COVID has left so many people – myself included – feeling bereft. He died too young, too cruelly, and unnecessarily.

Let us hope that his tragedy – and that of so many others in India today during these surging COVID waves – will help us all learn some valuable lessons about how to manage and combat pandemics, and make free vaccination available to all, as quickly as possible.

Pradeep himself would surely urge this, if only he could.

Since he was a staunch atheist, Pradeep never believed in any kind of afterlife. After all, he made so much of this one. But his life will continue, in the thoughts and memories of those who loved and valued his knowledge, friendship and compassion.

He leaves behind his painter-artist wife Shubnum Gill, son Atish Aman, a renowned astro-photographer, astronomer and science communicator, and daughter Anarya, an artist and art educator, who works with an organisation dedicated to art education among children from the less privileged sections of the society.

A. Sat-Bhambra sits on the Advisory Board of Asian Affairs magazine