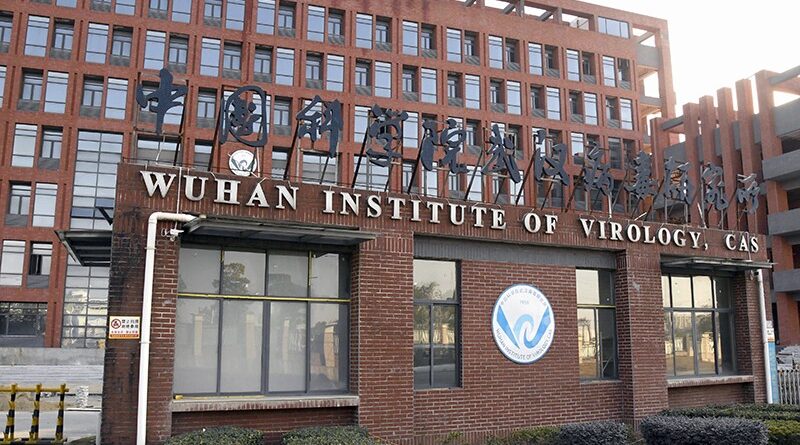 As the US presses for a second investigation into the origins of Covid-19 and China remains in the cross hairs, Amit Agnihotri considers old and new theories

US President Joe Biden may differ on several policy decisions made by his predecessor Donald Trump, but the two leaders are on the same page when it comes to tackling an aggressive China.

This has been shown in their pursuit of the probe into the origins of the Covid-19 virus.

While Trump bluntly called it the ‘China virus’, as the infection was first reported in China’s Wuhan city in November 2019, Biden has asked US intelligence to investigate whether the coronavirus came from an animal source or leaked from a Chinese laboratory.

The first investigation into the source of Covid-19, conducted by the World Health Organisation, remained inconclusive, as China did not part with key information and data about the pandemic.The WHO team, which visited China, held that the coronavirus emerged in bats and then passed to humans, most likely via an intermediary species.

But the world now increasingly suspects that the outbreak could have been the result of a lab-leak, given that China continues to withhold information about the virus.

Against this backdrop, Biden’s push for a second probe is finding increasing favour, not only within the US but across the globe, as the coronavirus continues to haunt the world, infecting millions and causing deaths every day. Efforts to deal with mutant Covid-19 strains have dented the world’s economies, inflicting huge financial costs on the various governments.

No wonder, then, that the world is keen to unearth the truth about the pandemic and find lasting solutions to the menace, rather than keep preparing new strategies every year to deal with the mutant versions of Covid-19 that are likely to emerge.

Understandably, the US President’s efforts to make the Asian Dragon open up for a second probe into the origin of Covid-19 have found support among the rich and influential Group of Seven (G7) countries, including the United Kingdom, Japan, Canada, Germany, France and Italy.

A joint communique of the G7 and WHO Director-General Tedros Ghebreyesus urged China to cooperate, saying it was in the fairness of things to find the root cause of a pandemic that has infected around 174 million people (though this figure is considered to be an underestimate) and killed nearly 3.75 million people globally.

Elated over these developments, Trump has claimed Biden’s move is a vindication of his own stance, and has asked China to pay $10 trillion in damages to the US and to the world for unleashing widespread death and destruction.

Interestingly, while initial investigations into the pandemic had identified the Huanan Seafood Market in Wuhan as the epicentre of the outbreak, the needle of suspicion now points towards the Wuhan Institute of Virology, located nearby.

The WIV had been researching the various coronaviruses and it is quite possible that one such experiment may have gone wrong, the US suspects.

However, the biggest challenge facing the world is to elicit China’s cooperation before any meaningful probe into the Covid-19 source can progress. But such collaboration does not appear likely, given the growing anti-China stance of the US and its allies.

Personally, Biden doubts the willingness of his Chinese counterpart Xi Jinping to uncover the truth about how the Covid-19 virus was unleashed. Nevertheless, the US President seems determined to push the envelope.

Gaps within the US

Although the lab-leak theory has gained credence among researchers globally, it has also revealed some gaps within the US system.

In particular are the voluminous emails of Biden’s chief Covid-19 adviser Dr Anthony Fauci, who had earlier taken note of suggestions that the pandemic could have leaked from a lab but later dropped the idea.

Though Dr Fauci still does not buy the lab-leak theory, saying it is unlikely that China would create something which would also kill its own people, he has asked the Asian Dragon to make public health records of three WIV researchers who were hospitalised with a serious illness a month before China disclosed the existence of a mysterious pneumonia outbreak.

Besides, there are accusations that the US carries out similar high-end research into various viruses and may have funded some Chinese scientists to study the coronaviruses.

As expected, China has rejected the US lab-leak theory and charged that Biden’s push for another probe into the Covid-19 origin is being driven by political vendetta.

The Asian Dragon ignored the appeals of both the G7 and the WHO chief, saying that small groups do not rule the world anymore.China hit back at Biden, saying the US move reflected the ‘dark history’ of its intelligence agencies, and pointed out the unfounded ‘weapons of mass destruction’ theory put forth by the Bush administration as the reason to invade Iraq in the 1990s.

Chinese scientists and officials have maintained that the coronavirus could have been circulating in other regions before it hit Wuhan and may have entered China through imported frozen food shipments or wildlife trading.

Even as the US rallies the world to push the lab-leak theory, without much evidence, China has demanded that WIV scientists be awarded the Nobel Peace Prize for discovering the gene sequence of Covid-19.

The Asian Dragon has also asked the United States to be ready for an international Covid-19 probe, to open up its Fort Detrick base in Maryland – home to a US biological defence programme –  and to disclose data on unexplained respiratory illnesses in 2019.

Growing US-China rivalry isnot limited to finding the origin of Covid-19; it relates to global aid vis-à-vis the virus as well.

China led the world in providing Covid-19 vaccines to the developing world, but now the US aims to ramp up its efforts to help these nations deal with the pandemic.

As part of the plan, Biden has announced America will procure 500 million doses of the Pfizer vaccine and distribute it among low and middle-income countries through the WHO-backed global initiative for sharing vaccines called Covax.

As the US demands a fresh WHO-led probe into the origin of Covid-19, it is also pushing for a restructuring of the global health body.US National Security Adviser Jake Sullivan has said the aim ofreorganisation would be to ensure that no member country is able to influence WHO’s decisions in the future.

There is a Trump connection here as well.

The former US President had slammed the WHO over its delay in issuing alerts about the outbreak, allegedly to protect China, and had stopped all US aid for the global health body, which was restored by Biden.