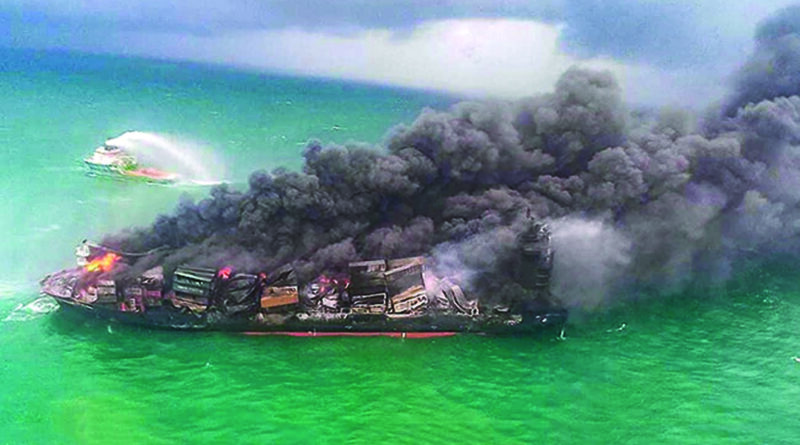 Neville de Silva laments the handling of the ongoing pandemic, and the havoc being wreaked on Sri Lanka’s economy and democratic institutions by its political class

For well over a century Ceylon, now Sri Lanka, has been known to the world as the ‘Pearl of the Indian Ocean’ for its multifaceted attractions. That is until blurb writers ruined it all with hyperbolic epithets that obscured the country’s magnetic charms, which attracted visitors from around the globe.

But one particular epithet has lived up to its name. Called ‘a country like no other’, Sri Lanka is increasingly beginning to prove this true – though not for the reasons that originally prompted it. Over the years, groups of professional politicians and those drawn to the sphere, not to serve the public but by thoughts of self-aggrandisement and avarice, have dragged this once prosperous country, with its many natural resources and strong democratic institutions, towards its nadir.

From being Asia’s first democracy, with universal franchise granted in 1931,even before independence from Britain, political commentators and increasingly the public now fear that the country is teetering on the brink of militarism, with retired and serving senior officers in key positions in the civil administration, and others appointed to virtually oversee Sri Lanka’s 25 administrative districts.

While there is both international and local disquiet over the deterioration of democratic values,of more immediate concernisthe country’s dire economic state.The situationis so critical that less than two weeks ago, the respected Sunday Times wrote that President Gotabaya Rajapaksa’s government is ‘steps away from bankruptcy’. At the same time, well-known economists were pressing alarm bells, warning about the possible breakdown of the banking system ‘causing a collapse of the economy’.

The direct cause of the current crisis was the sudden hike in fuel prices in late June, which is bound to have a ripple effect on other commodities and services. Bakers are already threatening to raise their prices, which could well have happened by the time this article appears.

With the prices of staples such as rice and vegetables unbearably high, the average consumer, already burdened by the steepening cost of living, is being pushed to the wall by a government that came to powersome 20 months or so ago promising to reduce poverty and improve living standards.

Rising living costs are compounded by a still uncontrollable Covid pandemic. This has compelled the government to impose lockdowns and curb travel – restrictions which are haphazardly lifted and re-imposed, despite the best medical advice – as daily wage earners run out of cash to buy food for their families and meet other domestic needs.

Last month, the Sri Lanka Medical Association urged President Gotabaya Rajapaksa to continue lockdown restrictions without interruption,‘considering that over 2,000 Covid 19 cases and over 50 deaths are being reported daily and also the detection of the highly dangerous Indian variant’.

At the time of writing, health authorities reported another 52 fatalities and the put the daily count of positive cases at 2,098. But such statistics seems to matter little to politicians and their military and medical cohorts, tasked with combating the spreading pandemic but ignoring the accumulating data and the advice of specialist medical professionals.

Meanwhile, the vaccination of the population, according to a pre-determined programme, has been disrupted by politicians who have drawn up their own priority lists and even threatened doctors and health workers who refused to accept their dictates, raising law enforcement issues and public criticism.

Those with power and influence find backdoor means togain access to vaccinations, at the expense ofan increasingly frustrated and angry public, who standin long queues for hours awaiting their turn.

While the overall Covid containment programme is reportedly in a mess, along with an economy going steadily downhill, another pearl turned up in the Indian Ocean close to Colombo port. The X-Press Pearl, a Singapore-registered container ship, was carrying noxious cargo, including a leaking nitric acid container. With Qatar and India refusing to admit the vessel for repairs, it turned up in Colombo

That poisonous pearl spewed nitric acid into the ocean and then self-immolated, burning for days before part of it went down on June 2. As a result of the incident, more than 150 marine animals, including 100 turtles, 15 dolphins, three whales and scores of birds and fishbeached in various parts of the country, not to mention the kilometres of beach covered with plastic pollutants, leading a UN representative in Colombo to describe the episode as a ‘significant damage to the planet’.

Meanwhile, the original pearl of the Indian Ocean is struggling to keep its head above water. The Sunday Times’ economics columnist Dr Nimal Sanderatne, an agricultural economist, former central banker and academic, painted a bleak picture in his weekly column in lateJune:

‘The external finances of the country are in a perilous state. External reserves have fallen, the trade deficit is widening, the balance of payments deficit is increasing and there are foreign debt repayments of about US$4 billion during the rest of the year.’

His views about the parlous state of the economy were echoed by several other economists, including the spokesman of Sri Lanka’s main opposition party SJB, Dr Harsha de Silva, and Dr Anila Dias Bandaranaike, a former assistant governor of the Central Bank.

In a desperate bid to boost reserves, Sri Lanka went for a currency swap of US$200 million with Bangladesh, once a struggling new nation in South Asia. Prudent economic policies and management,and national interest,brought Bangladesh to its current flourishing status.

When the currency swap was announced, one Sri Lankan wag remarked that it would have made more sense if Sri Lanka had swappedits advisors for those from Bangladesh, and the swap should be permanent to protect the country’s self respect

Only a country that has lost its political sense and perceptiveness, or hasabandoned all concern for its struggling people, could seek government sanction to import nearly 300 vehiclescosting Rs 3.7 billionfor its 225 parliamentarians and unnamed others,in the midst of a severeforeign currency crisis, when begging and borrowing seem the only options.

What is even worse,Sri Lanka’s premier state bank was ordered to open letters of credit one month or so before cabinet approval had been sought. Whoeverordered this remains unknown to the public at the time of writing.

Critics of the government say it is fast losing its one-time popularity as ill-considered and sudden policy decisions are heaped on existing economic and health problems, such as the snap decision to ban chemical fertiliser and pesticides, so essential right now for agriculture and export crops such as tea.

Scant wonder the government is being assailed by even close associates of the Rajapaksa family. One such is the head of the Catholic Church, Malcolm Cardinal Ranjith, who, in a strongly critical statement recently said that ‘even nature seemed to be turning against the rulers’.

Meanwhile, western nations taking a cue from the UN Human Rights Council’s highly critical resolution on Sri Lanka last March appear to be tightening the noose. At the end of June, the European Parliament moved a resolution, with almost 90 per cent voting for it, urging the EU authorities to consider suspending the Generalised System of Preference (GSP Plus) trade concessions to Sri Lanka, which would be a serious blow to exports.

Later the Core Group of western nations that sponsored the UNHRC resolution issued a statement condemning Sri Lanka’s human rights situation and new changes to the Prevention of Terrorism Act.