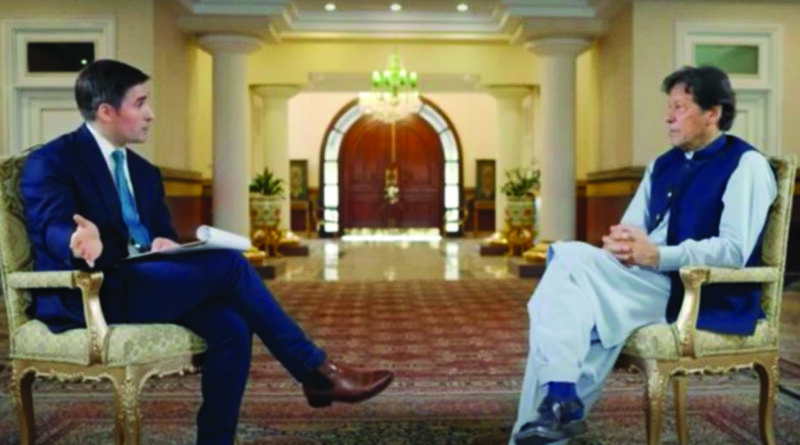 With US forces making their final exit from Afghanistan, Rahimullah Yusufzai assesses the simmering tensions – some all too recognisable – between the various players

Pakistan has once againfound itself in a situation it knows well. As US forces began withdrawing from Afghanistan on May 1, Washington exerted pressure on Islamabad to allow it to use Pakistani airbases so it can remain close to the Afghan warfront, should the need arise to undertake counter-terrorism operations and stop the Taliban from capturing cities, particularly thecapital, Kabul.

The pressure kept mounting as one-sided reports, including one quoting a Pentagon official, started emerging from Washington that Pakistan had agreed to allow the US to use its airbases. Pakistan kept issuing denials, including forceful refutations from Foreign Minister Shah Mahmood Qureshi. American security analysts continued to make claims that the matter had been discussed and decided with key people in Pakistan – meaning Pakistan’s powerful military, which didn’t comment but let the democratically elected government respond instead. Certain Americans were clearly making an attempt to portray the civilian rulers as powerless.

Finally, Prime Minister Imran Khan spoke up, and did so decisively. ‘Absolutely not,’ he declared categorically, when asked in an interview with HBO’s Axios website if he would allow the American government to have the CIA in Pakistan to conduct cross-border counter-terrorism missions against al-Qaeda, ISIS or the Taliban. ‘There is no way we are going to allow any bases, any sort of action from Pakistani territory into Afghanistan.’

This statement was timely and necessary, as many Pakistanis and people elsewhere in the world had started believing that a secret understanding had been reached between CIA Director William Burns and Pakistan’s army and intelligence agencies, during his secret visit to Pakistan in April,vis-à-vis hosting the American spy agency’s drones and other assets on Pakistani territory. The visit was confirmed much later by Pakistani officials in private conversations with the media, but they made it clear that Burns had been firmly told Islamabad wasn’t ready to provide such a facility to the US again. It has done so once before, in late 2001, when the Americans invaded Taliban-ruled Afghanistan to avenge the 9/11 attacks ordered by al-Qaeda founder Osama bin Laden.

Burns reportedly met Pakistan Army Chief Gen Qamar Javed Bajwa and the Inter-Services Intelligence (ISI) Director-General Lt Gen Faiz Hamid during his visit, but couldn’t get an audience with the Prime Minister, despite trying. Pakistani officials said Burns was told that only counterpart meetings between heads of government were possible. They added that Pakistan was also angry that US President Joe Biden, since taking office in January, has yet to engage with the Prime Minister, even though other senior officials in his administration have been meeting with and talking to Pakistan government functionaries.

As the impasse over the issue continued, reports came out of Washington that the US officials believed Pakistan was willing to give access to its airbases under certain tough conditions, including informing Pakistan beforehand about the target of its airstrikes in neighbouring Afghanistan. This was taken to mean that Pakistan was cautious over global terrorist groups such as ISIS, al-Qaeda and the Pakistani Taliban being targeted using Pakistani airbases, but not the Afghan Taliban movement, which hasnot been declared as terrorist and has even made apeace deal with the US.

This was a non-starter, because Pakistan has bitter past experience of similar US undertakings, when the US military and CIA hit whoever was their priority, after securing permission from Islamabad in late 2001 to use its two airbases, Shaheen in Jacobabad in Sindh province for logistics and rescue operations, and Shamsi airbase in Kharan in Balochistan for drone strikes. Ironically, the CIA-operated drones used to fly from and land at the Shamsi airbase after carrying out strikes in Pakistan, overwhelmingly in the then Federally Administered Tribal Areas (Fata), merged with Khyber Pakhtunkhwa province in May 2018. As many as 429 drone attacks were undertaken in Pakistan since early 2003, nearly all in erstwhile Fata, except for two in Khyber Pakhtunkhwa and one in Balochistan, in which Afghan Taliban supreme leader Mullah Akhtar Mohammad Mansoor was killed while returning to Quetta from a secret trip to Iran.

After losing power, General Pervez Musharraf conceded that his government had allowed limited drone strikes in Pakistan and set a longer warning time. But the US overstepped the mark and carried out a large number of attacks, mostly at short notice. When he was in power, the military ruler used to claim that these strikes were being undertaken by Pakistan’s airforce, not the US. The Americans also violated the agreement to use Pakistan’s land route and air space for non-combat operations in Afghanistan by undertaking combat actions and transporting weapons via its territory. The US even carried out ferocious airstrikes in November 2011 on a clearly identified Pakistani border post in Mohmand, killing 24 soldiers and forcing Islamabad to block the NATO supplies passing overland to Afghanistan for about eight months, until the US offered an apology.

Pakistan doesnot want to land in a similar situation again. There has mostly been deep mistrust between Pakistan and the US, and this was a major reason the Obama administration didnot inform the Pakistani authorities about its helicopter-borne secret operation in May 2011 at Abbottabad, in which bin Laden was killed. Anti-US sentiment in Pakistan is strong and, therefore, the decision by Prime Minister Imran Khan not to grant the use of airbases to the US was widely welcomed in the country, even though there is some concern as to how Washington might react.

The Prime Minister later wrote an article in The Washington Post to further explain his stance. He reiterated that a political solution should remain the first and preferred option to end the Afghan conflict, and argued that giving bases to the US in Pakistan would fuel the war and focus again on the elusive military solution. He pointed out that Pakistan would again become a target for vengeful militants and terroristsif it gave airbases to the US, as it did in 2001 after becoming a partner of the US in the war against terror. Imran Khan assured the US that Islamabad was ready to partner with the US for peace in Afghanistan, and had no favourites in the war-ravaged country. He also expressed opposition to a military takeover in Afghanistan, arguing that the Taliban cannot win over the whole country and further conflict would lead to decades of civil war – although the group must be included inany future government for it to succeed.

However, the US may insist on using its 2001 agreement with Pakistan, which allowed Washington the use of air and ground lines of communication to reach Afghanistan. While both countries initially said the agreement was still valid, it is unclear if Pakistan would accept the US argument after the categorical statement by Prime Minister Imran Khan.

Pakistan is also wary of the Taliban, who said it will be a big mistake for any neighbouring country to provide airbases to the US for combat operations in Afghanistan. The statement was specifically aimed at Pakistan, as other neighbouring countries, including Uzbekistan and Tajikistan, had already refused to allow America the use of their airbases. Pakistan has had a difficult relationship with the Taliban in recent times and its earlier close relations with, and influence on, the group has decreased. Now that the Taliban are resurgent and have made rapid gains on the battlefield in Afghanistan since May 1, it is difficult to envisage that Pakistan will be able to reassert its influence to make the group change its current military-based strategy.

Islamabad also faced another crisis-like situation when it was caught off-guard by Turkish President Tayyep Erdogan’s announcement that his country, along with Pakistan and Hungary, could provide security at Kabul international airport, even after the withdrawal of all NATO forces from Afghanistan under the US-Taliban peace agreement of Feb 29, 2020. Pakistan’s foreign ministry expressed unawareness about any such plan, though subsequently Foreign Minister Shah Mahmood Qureshi, during a visit to Turkey, managed to discuss it with Erdogan and other Turkish officials. Pakistan is unlikely to provide its own forces to secure Kabul airport, even if Erdogan made a request, as it would be dangerous for it to do so. Islamabad could help Turkey with logistical support in Pakistan, but not become involved in any action in Afghanistan. Turkey, too, may rethink its offer, which was conditional, as it wants military and economic assistance from the US and other NATO members, having seen the tough Taliban reaction to its proposal.

The Taliban had asked Turkey to desist from committing such a big mistake and said it was inappropriate for an Islamic country to prefer the path of enmity with fellow Muslim country Afghanistan at the behest of infidel invaders. As a NATO member, Turkey already has troops in Afghanistan, almost all 500 of them securing Kabul airport, to defend the Afghan government. This is one reason the Taliban were not keen to attend the Istanbul intra-Afghan peace conference proposed by the US.