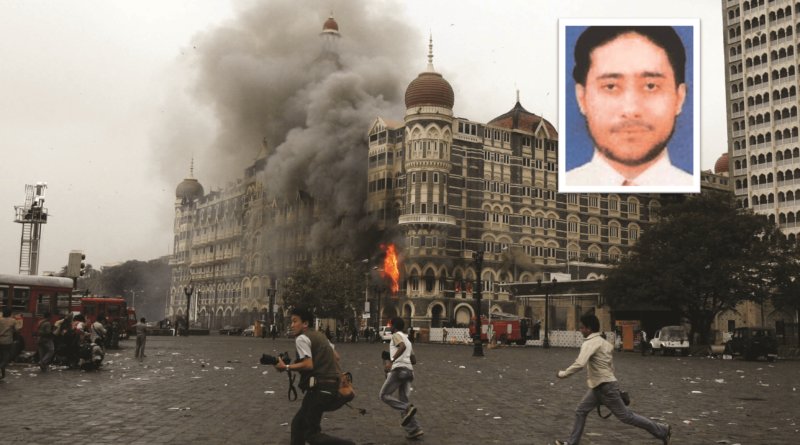 It may have been a key US ally in the global war on terror and the Doha peace deal but, warns Amit Agnihotri ,Islamabad is still playing a dangerous double game

Pakistan is struggling to shake-off its‘safe haven for global terrorists’ tag and remains on the ‘grey list’ of the global money-laundering and terror-financing watchdog, the Financial Action Task Force (FATF). The Paris-based inter-governmental body was established in 1989 to combat threats to the integrity of the international financial system.

Pakistan first figured in FATF’s grey list in 2018, and narrowly dodged slipping onto the blacklist with the support of China, Turkey and Malaysia in 2019. The rogue nation was warned to come clean by June 2021, but it has failed to do so.

Although Pakistan took some corrective steps in 2020, a review carried out during the FATF plenary session – held virtually from June 21-25 this year –showed serious deficiencies on the part of the Islamic Republic in checking money-laundering and terror-financing. The watchdog also noted the country lacked effective systems to deal with the problem.

Pakistan reportedly acted on 26 of the 27 points it had agreed to in the 2018 action plan, but failed to demonstrate action against the United Nations Security Council-designated terrorists and their associates, including Jaish-e-Mohammad chief Masood Azhar and Lashkar-e-Taiba founder Hafiz Saeed, FATF chief Marcus Pleyer noted.

The grey list implies that Pakistan will face increased monitoring. It will have to amend its money-laundering law, crackdown on designated real estate companies and gemstone traders, confiscate and freeze assets of money-laundering entities, monitor businesses for proliferation financing and sanction them for non-compliance by October this year, when its case will be up for review.

While the grey list brings no legal sanctions, being on it could hurt the country’s economy by reducing access to loans from global agencies including the World Bank, International Monetary Fund, Asian Development Bank and the European Union.

Pakistan’s Foreign Minister Shah Mehmood Qureshi, who estimated a $10 billion per year loss to the country’s economy as a result of its presence on the grey list, dubbed the FATF move as political.

In reality, the nation needs to look inwards and ask: why have things come to this pass?

In 2015, Pakistan announced a National Action Plan to counter terrorism, but progress on the most difficult aspects of it remained unfulfilled, specifically its pledge to dismantle all terrorist organisations, a US state department report noted in 2020.

Laws aimed to curb money-laundering and terror-financing remain on paper and Pakistan’s banking system is not robust enough to detect and discourage dubious transactions. Instead, it allows terrorist entities to take advantage of loopholes.

The justice system, too, has come under question after Pakistan’s Supreme Court acquitted Omar Saeed Sheikh, the chief accused in the 2002 murder of American journalist Daniel Pearl, in January this year.

Truth, they say, has a strange way of revealing itself.

Last year, Pakistan’s Prime Minister Imran Khan, who described al-Qaeda founder and 9/11 mastermind Osama bin Laden as a martyr, publicly acknowledged the presence of up to 40,000 terrorists in the country,who had attacked neighbouring countries from there.

Later, a United Nations report estimated that 6,000-6,500 Pakistani terrorists were in Afghanistan, most of them with the Tehrik-e-Taliban Pakistan, or Pakistan Taliban, posing a threat to both nations.

The TTP is just one branch of the giant terror tree nurtured by Pakistan. The other off-shoots include the Afghan Taliban and its associate, the Haqqani Network, and groups like JeM, LeT, and Jamaat-ud-Dawah.

Tribal areas spread across the border of Afghanistan and Pakistan – where the writ of neither the Imran Khan government nor the Pakistan Army holds sway – have long been a breeding ground for global terror outfits, including al-Qaeda.

In short, the rogue nation has been a nursery of global terror entities that continue to flourish on its soil.

According to the 2020 US state department report, while Pakistani authorities indicted Hafiz Saeed and 12 of his associates, they made no effort to prosecute other terrorists such as Mazood Azhar, orSajid Mir, the mastermind of LeT’s 2008 Mumbai terror attacks, both of whom are widely believed to reside in Pakistan under state protection, despite government denials.

Recently, Pakistan blamed India for a bomb blast at Hafiz Saeed’s Lahore residence, but could not explain to the world what the terrorist was doing in his house when he had been sentenced to a 15-year jail term last year.

Though Pakistan started off by supporting militancy in the bordering Indian states of Punjab and later the erstwhile Jammu and Kashmir, it soon began assisting the US in secretly arming the Mujahideen in their fight against the Soviet invasion of Afghanistan during the 1980s.

Once the Soviets left Afghanistan in 1989, Pakistan-backed Islamic warriors, the Taliban, gradually took over the war-torn nation and hosted the al-Qaeda terrorist network.

The hijacking, on December 24, 1999, of Indian Airlines Flight 184 to Kandahar in Afghanistan revealed the nexus that had developed between Pakistani’s Inter-Services Intelligence and the Taliban.

Masood Azhar, one of the three terrorists released to save the lives of Indian hostages, set up JeM in 2000. He has been involved in a series of terror attacks in India, including one on the Parliament on December 13, 2001, Mumbai in 2008, Pathankot airbase in 2016 and a CRPF convoy in Pulwama in 2019.

Omar Saeed Sheikh, released along with Azhar, was allegedly involved in the September 11, 2001 attacks on the US, as well as in the kidnapping and murder of journalist Daniel Pearl in 2002.

After the US smoked out the Taliban in October 2001, Pakistan realised that trading in terror was a lucrative business. It happily allowed the Islamic fighters to regroup and indulge in drug-running on its territory.

In the process, Pakistan also floated entities like the AfghanTaliban and the Haqqani Network, to unleash terror at will in Afghanistan, and deployed groups like LeT, JeM and Jamaat-ud-Dawah to target India.

Exporting terror became state policy in Pakistan, courtesy of the complex nexus that evolved between the terrorist groups operating on its soil and the Pakistan Army, along with its sister concern, the Inter-Services Intelligence.

During the past decades, the US military trained Pakistan Army officers, while the CIA worked closely with the ISIto hunt down elements posing a threat to American interests, and keep a set of willing collaborators at hand.

All this while the rogue nation continued to act as a safe haven for global terrorists, even as it claimed to be a key ally in the US-led global war on terror.

Pakistan’s propensity to run with the hare and hunt with the hound was exposed in 2011 when, after a global, decade-long search for Osama bin Laden, the US finally found and killed him in the military town of Abbottabad.

The US has now urged Pakistan to expedite the FATF action plan, while the United Kingdom, following its exit from the European Union, has included the rogue nation in the list of 21 high-risk countries for terror-financing and money-laundering.

If Pakistan was hand-in-glove with global terror entities two decades ago, it continues to play the dangerous game in 2021, largely due to its nuisance value.

The US now finds it difficult to trust Pakistan but still needs it as an ally. Pakistan helped Washington to negotiate the February 2020 Doha peace deal with the Taliban, which allowed the superpower to wriggle out of the Afghanistan mess by pullingout all foreign troops by May 1.

However, even before the new deadline of August 31, the Taliban are set to regain control over Afghanistan and a return of the pre-2001 chaos appears imminent in the war-torn country.

Amid a worsening situation, the US has ironically asked Pakistan to use its ‘considerable leverage’ over the Taliban to reduce violence and support the negotiated settlement to the conflict.

‘We are not there yet…we look forward to working with them [Pakistan] to get to a peace agreement between the Taliban and the Afghan government in the coming weeks and months,’ Zalmay Khalilzad, the US peace negotiator for Afghanistan, told the lawmakers in Washington.

Before that happens, expect the rogue nation to extract its pound of flesh.