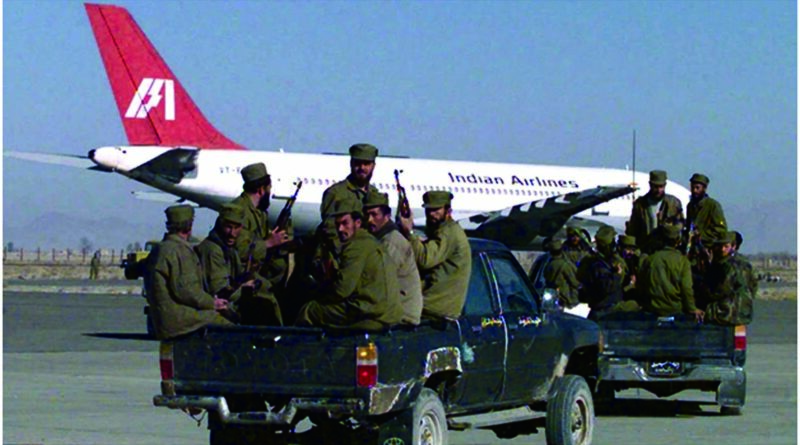 Sudha Ramachandran  assesses the recent change in New Delhi’s policy vis-à-vis the Afghan Taliban, and the rationale behind it

India’s recent outreach to the Taliban signals a shift in its Afghanistan policy. A strong supporter of the Afghan government, it had avoided talking directly to the insurgent group.

That has now changed.

According to Indian media reports, New Delhi is talking to Taliban leaders who are not close to Pakistan. When asked for his comments on these reports, the spokesperson of India’s Ministry of External Affairs said on June 10 that India is ‘in touch with various stakeholders’ in Afghanistan. But he did not deny reports of the New Delhi-Taliban engagement.

More confirmation and details of this engagement have emerged since. A senior Qatari official said at a webinar on June 21 that Indian officials had made a ‘quiet visit’ to Doha to speak to the Taliban’s political leaders based in the Qatari capital.

Subsequently, Afghan journalist Sami Yousafzai cited Taliban leaders in the Quetta Shura (leadership council) as saying that India’s foreign minister S Jaishankar had been involved in talks with the head of the Taliban’s political office, Mullah Abdul Ghani Baradar, and members of its negotiating team, Khairullah Khairkhwa and Shaikh Dilawar.

However, the Taliban claim that the Indian foreign minister had talked to its leaders has been dismissed by India as ‘completely false, baseless and mischievous’.

What, then, is the reality? Indian security officials are likely to be talking to Taliban leaders perceived to be ‘nationalist’ or less inclined to prioritise Pakistani interests over Afghan interests. New Delhi is perhaps hoping that such leaders will be less likely to act on Islamabad’s orders.

India avoided talking to the Taliban for over 25 years. It backed the Northern Alliance when the Taliban was in power between 1996 and 2001. When the Taliban was ousted in 2001, New Delhi emerged as one of the strongest supporters of the Afghan government. Over the next 20 years, it cultivated ties with politicians and parties in power and in opposition, as well as across ethnic groups. However, it consistently refrained from engaging with the Taliban.

There were several reasons for this reluctance, the most important being the Taliban’s close relationship with Pakistan. The insurgent group is widely perceived in India as a Pakistan proxy, one that has targeted Indian nationals and projects in Afghanistan on the orders of Pakistan’s Inter-Services Intelligence. There is also the issue of the Taliban’s ties with anti-India terror groups such as Lashkar-e-Taiba and Jaish-e-Mohammed, which have carried out innumerable attacks in India.

New Delhi’s close relationship with successive post-2001 governments in Afghanistan, and the support it received from the Afghan people, also made it averse to dealing with the Taliban. It did not want to be seen as betraying their well-being and interests.

So, what has prompted India to reconsider its policy of non-engagement of the Taliban?

With US troops exiting Afghanistan, the Taliban has accelerated military offensives across the country, aimed at taking control of a significant part of the country, after which it will push for settlement on its terms.

It is increasingly evident that the Taliban’s return to power in Kabul is simply a matter of time. If not a Taliban government, a government with the Taliban as a key component looks set to take charge in Afghanistan in the coming months.

This unfolding scenario has set alarm bells ringing in India’s security establishment, as a Taliban or Taliban-dominated government is unlikely to be favourably inclined towards India.

After all, New Delhi was one of the strongest supporters of the Afghan government and, although India did not send troops to Afghanistan to fight the Taliban, it did provide the government with robust military assistance, which included military hardware and training for military officials. It also funded and built infrastructure such as dams, roads and hospitals, and played a major role in building Afghan administrative capacity.

Should the Taliban take charge in Kabul, India’s influence there would be seriously weakened. Of particular concern to India is the likely increase in Pakistan’s influence.

With the exit of US troops, India’s development work in Afghanistan will become difficult. Some $3 billion worth of infrastructure that New Delhi funded and built could be targeted by the Taliban.

It is to protect these investments and interests that India has opened a channel of communication with the Taliban. In the event of a crisis involving the militant group and Indian nationals in Afghanistan, New Delhi will need to be able to reach out to some leader in the Taliban hierarchy.

Memories of the hijack of Indian Airlines flight IC 814 in December 1999 remain strong in India. The plane was diverted to Kandahar airport, where it was held in Taliban custody. Since India had not recognised the Taliban regime and had established no contacts with its leaders, it was helpless throughout that crisis.

Should a similar crisis recur under a Taliban government or Taliban-dominated government, India would not want to be in a situation where it has no friends in power to call on for help. It is this concern that is driving India’s opening of talks with Taliban leaders.

Over the past decade, its intelligence officials are said to have talked to the Taliban via third parties to negotiate the release of abducted Indian nationals, for instance.

Now, however, the engagement is direct.

This is not a sudden development. In recent years, senior officials or retired diplomats have been present at negotiations where the Taliban and other countries participated.

Other powers such as Russia and Iran, which were once opposed to the Taliban and had, along with India, provided military and other support to the Northern Alliance, have been hosting and engaging Taliban leaders for some years now.

India may have erred by delaying too long in reaching outto the insurgent group. And the move is not without risk: under pressure from Pakistan,the Taliban may not respond to Indian overtures.

However, the group is said to be keen to shake off Pakistan’s grip. When India revoked Jammu and Kashmir’s autonomy in 2019, the Taliban did not back Pakistan’s position but remained neutral, signalling that it wants to forge an independent foreign policy. Besides, it will need to draw foreign investment to ensure economic development. India could be a partner here, given its rich experience in infrastructure building in Afghanistan.

India must shake off its hesitation in dealing with the Taliban. Engagement is not an endorsement of the Taliban’s policies, but a necessary way forward.