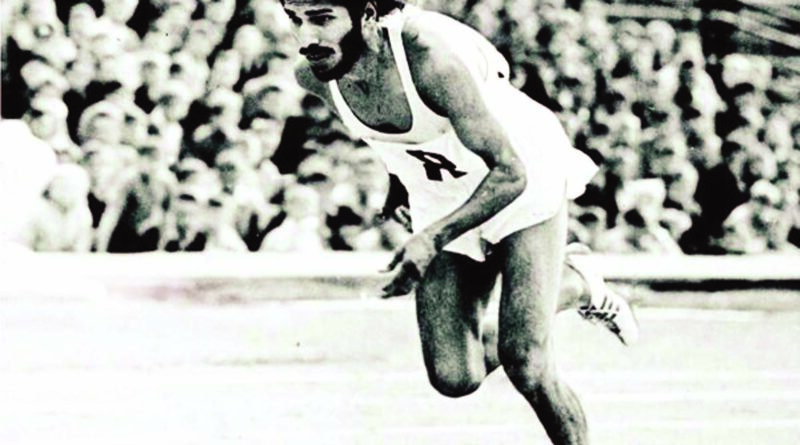 Departure of the ‘Flying Sikh’

The length and breadth of India, there are few who have not heard the name of Milkha Singh. Best known as ‘the Flying Sikh’ for his fleet-footedness, Singh – who died on 18 June this year, aged 91 – was a celebrated Indian track and field sprinter, and the only athlete to win gold medals in the 400 metres at both the Asian and Commonwealth Games.

He also represented India at that pinnacle of sporting events, the Olympics, competing in the Summer Games in 1956 (Melbourne), 1960 (Rome) and 1964 (Tokyo). Singh’s fourth-place time of 45.73 seconds at the Rome Games remained the Indian national record for almost 40 years.

In recognition of these achievements, he was awarded the Padma Shri, India’s fourth-highest civilian honour.

My personal encounter with Milkha Singh was a more low-key experience, though no less memorable for that. I met him in 1973, when his athletics career was behind him. He had come to visit me at my home in Tudor Road, Southhall, so I could interview him for an article about his sporting feats, to be published in my newly established newspaper, Sandesh International.

We got on very well, and he even met members of my family. Despite his moniker, the ‘Flying Sikh’ was wonderfully down-to-earth, charming and completely lacking in arrogance, for all his success. We spoke of his traumatic early life, which saw him orphaned and displaced during Partition, and how he was introduced to running while serving in the Indian Army. When he left, I felt I had made a friend.

Although we did not meet again, we kept in touch. Then, in February 2020, I contacted him to ask if he would inaugurate a project I had completed in my home village of Rasul Pur: a vocational school for girls. I was delighted when he agreed, and impressed that, at the age of 90, his mind and memory were still so sharp.

But little did we know that Covid was waiting round the corner, and the world would be locked down for months to come. The inauguration did not happen, and now Milkha Singh never will open the school, for he died of complications caused by the disease on 18 June this year.

So I bid farewell to this sporting icon, whom journalist Rohit Brijnath once described as ‘the finest athlete India has ever produced’. He was indeed. He was also a fine and modest man whose memory will forever run on.