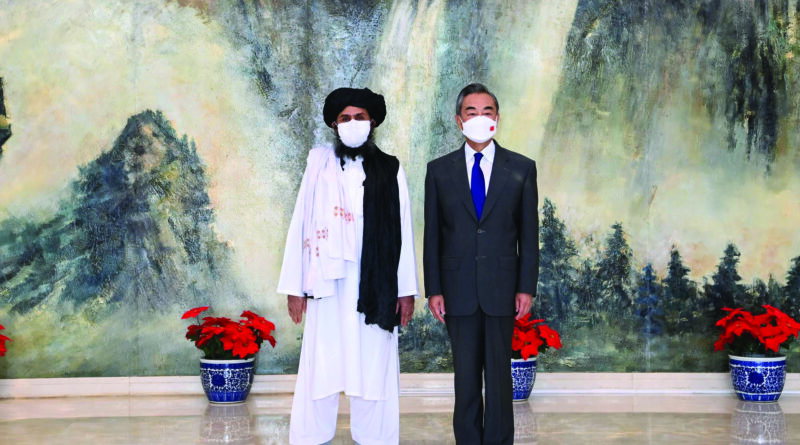 Amidst the violence and uncertainty of regime change in Kabul, G. Parthasarathy, ponders the winners and losers of Afghanistan’s long war, and the impact on the region

Pakistani journalist Hamid Mir raised some interesting queries about developments in Afghanistan, after the American military intervention there, which commenced in 2001 and ended in 2021. Writing in India Today magazine, he asked: ‘When President Bush started his “crusade” twenty years ago, the Taliban were running away from Kabul. Now the Taliban are sitting in the Presidential Palace, and the US is running away from Kabul. Who is the loser and who is winner in this “crusade”?’

That is a question which will, no doubt, be frequently raised and discussed for years to come.

It was clear by the beginning of August 2021 that President Biden was determined to abide by his decision to withdraw all American troops from Afghanistan by the end of the month. The US expected that its military assistance – which included supplies of sophisticated weapons, ranging from Russian and American rifles and machine guns, to rocket launchers, tanks and armoured personnel carriers – would comfortably deal with any Taliban challenge. The Afghan Air Force was, in turn,provided with fighters, attack helicopters and transport aircraft.

Nevertheless, the Taliban over ran most parts of the country, including the capital, within three weeks. They virtually walked into Kabul, just as preparations were underway to evacuate all American personnel and those Afghan nationals whose lives were endangered as a result of having worked for the Americans. India had, in the meantime, closed its Embassy in Kabul and commenced repatriation of its Embassy staff, together with other Indian nationals living in Afghanistan, and people of Indian origin who held Afghan passports and felt unsafe remaining in the country.

As foreign nationals from the US, Europe and across Asia prepared to leave Afghanistan, the situation there became even more murky. The Taliban’s senior-most political leaders arrived in Kabul, coinciding with its military takeover. Interestingly, Hibatullah Akhundzada, a religious scholar who had participated in the Taliban’s armed struggle, and was appointed the group’s ‘Supreme Commander’ in May 2016, was nowhere to be seen. However, Mullah Abdul Ghani Baradar, who rose to fame after he led the Taliban delegation to negotiate with world powers in Qatar, was received in Tianjin by State Councillor and Foreign Minister Wang Yi, during his highly publicised July visit to China, and now appears set to lead the Taliban.

Equally important was the arrival in Kabul of Sirajuddin Haqqani, who heads the most powerful armed Taliban group, the Haqqani Network, and lives mostly in Pakistan.  The Haqqani family has homes in the bordering Pakistani district of North Waziristan, as well as properties in Islamabad-Rawalpindi. The other senior Taliban leader is Mullah Mohammed Yaqoob, who is the son of Taliban founder Mullah Mohammed Omar, and presently the commander of the movement’s military operations.

It is clear that the new government in Kabul is going to have its own hard-line policies, the most controversial aspect of which is its virtual denial of any meaningful human rights for women. Lip service may be paid to women’s rights, but their movements, attire and employment opportunities will almost certainly be severely restricted. The  system of justice will be swift, arbitrary and cruel.  Overall freedoms and individuals’ rights will also be severely curbed, and the new regime will not be overly generous in the political freedoms it will grant.

Afghanistan’s immediate neighbours include Iran, Uzbekistan, Tajikistan, Turkmenistan and Pakistan, and its Central Asian neighbours, in particular Tajikistan, have justifiable fears of growing military tensions with the Taliban. Tajiks constitute 37 per cent of Afghanistan’s population, and are strongly opposed to any Pashtun-dominated government. Moreover, minorities like the Baluch, Turkmen, Hazaras, Uzbeks and Tajiks will continue to resist Pashtun domination of the country, when circumstances permit

As for Pakistan, it appears content and indeed jubilant at the Taliban victory. But that sentiment may be ill-advised in the longer term. The Pashtuns have never accepted or recognised the Durand Line, imposed on them during British colonial rule, as their international border with Pakistan. It is for this reason that the border has been kept open to allow movement of people and trade. But things have changed in the recent past, following the Pakistan army’s launching of a massive operation against the Pashtuns in its Northwest Frontier Province (NWFP), particularly in the North and South Waziristan Districts bordering Afghanistan. According to UN estimates, over one million people were displaced from their homes during the course of these operations. While Pakistan has now fenced the Durand Line, cross-border movements by separatist groups and traders continue.

It is evident that the challenges in Afghanistan are set to continue as the Taliban attempts to consolidate its power, and these will affect neighbouring powers. New Delhi has concerns about the most powerful group in the Taliban, the Haqqani Network, which has been entrusted with the security of the capital, Kabul. The  group has a long record of involvement in targeting Indian diplomatic and consular  missions in Afghanistan. While there have been contacts with Taliban leader Mullah Abdul Ghani Baradar in Qatar, India has been very careful to not give any impression that it will compromise on its commitment to democratic freedoms in Afghanistan. All Indian diplomatic missions in Afghanistan have been closed, and over 1,000 Indians who were working in Afghanistan – mostly on projects built, supported or facilitated by India – have returned home. India also has concerns about the Taliban seeking to assist radical groups which act from across its borders with Pakistan.

Afghanistan appears to be headed for a period of instability and uncertainty. Given the backing the Taliban has from Pakistan and China, every effort is being made to consolidate its control across the country, and there is no indication yet that the Taliban will be prepared to reach an agreement on power-sharing with leaders of other ethnic communities.

As the situation unfolds, the coming months will reveal how these issues play out.