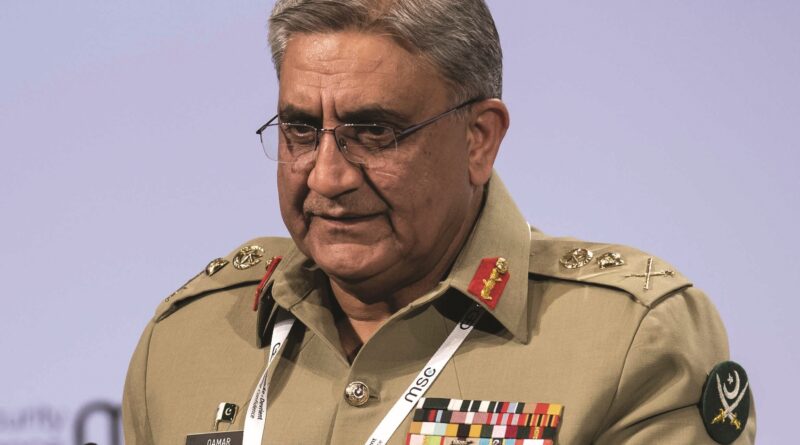 With the Taliban unlikely to moderate, Islamabad has bitten off more than it can chew with Afghanistan – and China is watching.  Ayesha Siddiqa assesses the situation

The US is out of Kabul and the Taliban are in. Afghanistan awaits a reset of direction. The Taliban are aiming for power and influence to make the interim setup that will then form the next Afghanistan government. Surely but sadly, Pakistan sits at the heart of the herculean process of government-building in Afghanistan and its acceptance by the international community.

Sources say that in a private gathering of retired generals, journalists and diplomats, Pakistan Army Chief General Qamar Javed Bajwa said he was not in a hurry to recognise a Taliban-led regime until it’s done by the international community or at least by some select states. The problem is that, thus far, all significant states, including the Central Asian republics, are not feeling confident enough to recognise the Taliban. He also spoke about his apprehension that Pakistan may be targeted by the US and slapped with sanctions, which he is ready for. The last bit of the statement is incorrect because Pakistan needs funds more than the Taliban. Pakistan is more of a state than a Taliban-led Afghanistan. It will be a struggle for Islamabad to help Afghanistan get on its feet, even if it feels that the Taliban are a transformed entity and not the same as in the 1990s.

Despite Pakistani journalist Hamid Mir’s claim that people in Pakistan are not celebrating the Taliban victory, there is much excitement at different levels for various reasons. Broadly, there is an acceptance of the power shift next door. There is either a weariness with the Afghan war, which is keeping men on the street, especially in the tribal areas, quiet, or there is a silent acceptance of change driven by a deep-set suspicion of the West.

The Pakistani military establishment floats in the middle – trying to balance their excitement at getting rid of the Ashraf Ghani government with deep thoughts of how to engage the world in accepting the new political formula and make it work to Pakistan’s advantage. The Taliban victory, which did not seem likely six months ago, reminded Islamabad’s special envoy to Afghanistan, Ambassador Mohammad Sadiq, of Vladimir Ilyich Lenin’s saying: ‘There are decades where nothing happens; and there are weeks where decades happen.’ However, the issue with decades concentrating in a few weeks is that there is a lot to handle. Pakistan definitely has a lot on its plate, varying from regional and global reaction to Afghanistan to managing the domestic impact.

There is no point hiding the reality that Islamabad expected and desired this change. According to Iranian-American author Vali Nasr, former army chief Ashfaq Pervaiz Kiyani warned Washington about not prolonging its stay in Afghanistan. Since Pervez Musharraf, Pakistan’s military echelons knew that the US would leave and wanted to accelerate the departure. With this understanding, Rawalpindi invested primarily in the Taliban. Rawalpindi’s desire was to ensure a friendly establishment in its northwestern neighbouring nation, which doesn’t get exploited against Pakistan’s interests, especially by India. The former army chief, General Mirza Aslam Beg, further explained the notorious concept of ‘strategic depth’ in his latest book Compulsions of Power to mean creating a grouping of states that would have a joint cultural and strategic ethos – meaning Pakistan, Afghanistan, and Iran.

But the Taliban back in Kabul is not as easy as it sounds.

‘There are decades where nothing happens; and there are weeks where decades happen’

All’s not well for Pakistan

Policymakers in Islamabad have three broad issues to think about.

First, how to develop international legitimacy for the new Afghan government. Rawalpindi wants the world to accept that business can be done with the Taliban. This means building a new image that is different from the 1990s. The Taliban have been signalling to women that they will have the liberty to work and get an education, provided they stick to basic norms of sharia. Taliban spokesman Zabihullah Mujahid recently announced that the media was free to work and that they will remove their fighters from near media offices. This statement is a reminder of similar assurances about media freedom by Pakistan’s generals, which makes one realise the effort afoot to make a Taliban-led regime look increasingly like Pakistan: hybrid-authoritarian and hybrid-theocratic. Despite the propaganda, the Taliban’s behaviour, thus far, is not generating trust.

Second, the Taliban may not return to their sharia governance of the 1990s, at least not across Afghanistan, to gain the legitimacy necessary to acquire resources from abroad. The Taliban may be old, but the expectation of the ordinary Afghan for a workable state structure is new. A post-9/11 political system, though artificial, was run through international financial aid. Over years, people got used to it and would want basic needs to be met. It’s no longer just about the Taliban using drug money to survive, but about feeding the people for which international cooperation is necessary. Kabul will have to behave itself and engage with global players to get Washington to release $9 billion.

Pakistan does not have the money to feed Afghanistan or even the refugees if they turn up at the door again. This means the Taliban must behave themselves during the American pull-out process. It’s essential that nothing untoward happens to the American public, if not the Afghans left behind by American and NATO forces. The speed at which General Bajwa has convinced the British Chief of Defence Staff (CDS) General Nick Carter of the Taliban being ‘country boys’ only wanting implementation of sharia, which is confused with ‘Pushtunwali’, indicates that security of women and minorities may not be a strategic story for long. The human tragedies are flavour of the week but could be ignored in the long run. The actual compromise on human rights was made earlier when US negotiators agreed to release 5,000 Taliban prisoners. The possibility of the world doing business with the Taliban remains as long as there are no future acts of terror reminiscent of 9/11.

This applies to China as well – it is cautious about investing in Afghanistan. Pakistan’s goal is to convince the world that Afghanistan under the Taliban is now a better place. This is a risky route because it puts a lot more on Pakistan’s plate than it can chew. In case of an act of terror, Islamabad will get hauled over the coals, including by China if the event takes place there.

Third, Pakistan wants to encourage the Taliban to work out a broad-based formula to include varied domestic stakeholders like the Northern Alliance and other warlords as part of a new government. It may not be easy to convince the Taliban, who are confident of their victory, to make major adjustments. This is where the real problem for Pakistan begins: There is too much opacity around what Pakistan can deliver and what it cannot. An even more serious problem is how much control Islamabad can exert to ensure its safety from Tehrik-i-Taliban Pakistan (TTP) or other militant groups that are ideologically associated with the Taliban. The Afghan Taliban will not cut ties with the TTP, nor will they stop inspiring the religious right in Pakistan that will now even more eagerly look at the possibility of Pakistan turning into a theocracy. The head of Jamaat-e-Islami, Sirajul Haq, recently announced his support for the Taliban and asked for a sharia-based system in Pakistan. Not far was Jaish-e-Mohammed expressing excitement in one of its recent publications about the Taliban and jihad in Kashmir.

The fact remains that, notwithstanding the ambition to mellow the tone of religion in Afghanistan, Pakistan itself runs the risk of becoming more like its northwestern neighbour – more religious and more authoritarian. None of this sounds great for China, which remains one of the few authoritarian but secular-nationalist states in the neighbourhood.

Ayesha Siddiqa is research associate at SOAS, London and author of Military Inc. Inside Pakistan’s Military Economy. She tweets @iamthedrifter. Views are personal.