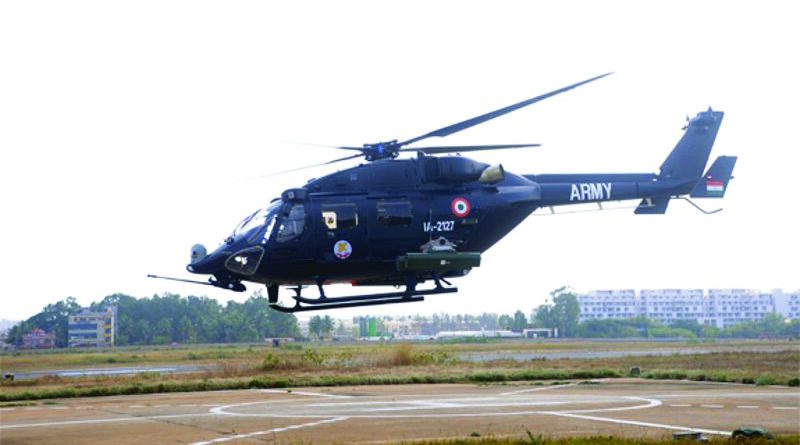 Despite traditionally close ties, relations between New Delhi and Malé have lately been overshadowed by a toxic cocktail of Jihadi Islam and political bickering. Yvonne Gill exposes the forces behind recent anti-India rhetoric in the Maldives

Strategically-located in the Indian Ocean, southwest of India and Sri Lanka, the Maldives –a tiny island state often described as a tourist paradise – has lately been in the news for all the wrong reasons.

India and the Maldives, which share their maritime boundary, have traditionally had close cultural and economic relations. The rise of radical jihadist Islam in this most unlikely place on Earth – a scenic archipelago of 1,192 coral islands grouped in a double chain of 26 atolls – is not only threatening its lucrative tourist industry, the mainstay of its economy, but also its relations with its immediate neighbours, particularly India, which plays an important role in the economic, defence and humanitarian sectors in the Maldives.

Another destabilising factor in the Indian Ocean region is China, which eyes the Maldives with special strategic interest, given its extent, spread over 871 kilometres from north to south, 130 kilometres east to west, and covering roughly 90,000 square kilometres in the midst of the Indian Ocean. Together with India and Sri Lanka, the Maldives lies in one of the busiest high seas strategic passageways between the Strait of Hormuz and the Strait of Malacca.

Over the last several years, India has been caught in the intra- and inter-party rivalry of Maldivian politicians, a section of whom have been trying to undermine the cordial relations India and the Maldives have enjoyed over decades. While the Islamists, closely-linked to ISIS, al-Qaeda and various Pakistani jihadi outfits, have been viciously targeting India, China surreptitiously stokes anti-India sentiments by pouring money into Maldivian media houses and social media troll campaigns. Although there is a small segment of the island’s population who buy into the anti-India tirade, certain local politicians have been ambivalent and are playing the Chinese card simply for their own selfish ends. Corruption is rampant on the island and big-ticket Chinese projects have been mired in controversy and accusations of irregularities, resulting in jail terms for prominent politicians and bureaucrats.

An ‘India Out’ campaign was started by a section of the media last year, following demonstrations against the so-called Indian military presence on the island. Soon it was all over social media platforms. The social media campaign became particularly vitriolic this year after a web journal indulged in character assassination of an official at the Indian High Commission in Malé.

The alarmed Indian High Commissioner, Sunjay Sudhir, sent a note to the Maldivian Foreign Ministry expressing concern at these ‘motivated, malicious, and increasingly personal’ campaigns which ‘can damage the time-tested and mutually beneficial bilateral relations’. This letter was leaked to the press even as the foreign ministry issued an advisory to the local media to respect foreign diplomats. Soon after, a tweet from a fake account gave a call to blow up the Indian High Commission. The culprit, who was arrested, turned out to be a member of the ruling Maldivian Democratic Party (MDP). He was, of course, expelled from the party, which accused news portal Dhiyares and its co-founder and writer, Ahmed Azaan, of engaging in a ‘continuous barrage of anti-India vitriol’, which it said appears to be a well-funded, well-orchestrated, and pre-meditated political campaign, with the express purpose of whipping up hatred against the Maldives’ closest ally, India.

The long arm of those behind the ‘India Out’ campaign is apparent from the fact that the Maldives’ Journalist Association (MJA) and the Editors’ Guild went into overdrive, criticising the foreign ministry for advising journalists to refrain from targeting foreign diplomats, thus undermining freedom of expression.

Although the campaign started sometime around last year, the backlash against India can be traced back to developments that unfolded after 2013. Abdulla Yameen Abdul Gayoom of the Progressive Party of the Maldives (PPM), who became president in November that year, then began to pursue a pro-China policy, so much so that he took a patently anti-India stance even on matters of mutual cooperation.

India had given two Dhruv Advanced Light Helicopters (ALF) to the Maldives in 2010 and 2015, to be used for ocean search-and-rescue operations, maritime weather surveillance, and for airlifting patients between islands. The PPM alleged that the helicopters, piloted and maintained by Indians, marked the beginning of India’s military presence in the country. The Gayoom government went to the extent of calling on India to take back the helicopters in 2016. India refused.

In 2018, after Ibrahim Mohamed Solih took over as president, his government issued an order to extend the use of the helicopters, as they proved useful for airlifting the sick and rescuing people in far-off islands. The opposition, backed by pro-Pakistan jihadi elements, sought to make this and certain other agreements with India an issue of controversy.

But the real player behind the anti-India tirade is China.

During the Abdulla Yameen regime, from 2013 to 2018, China pumped investments into various projects in the Maldives, which joined China’s Belt & Road Initiative (BRI). His government also tried to pass legislation that could have handed the Chinese control over some Maldivian islands, giving them a much-needed strategic edge. By 2018, Beijing had completed a major upgrade at the Maldives’s main international airport, as well as a new bridge linking the capital Malé to the island of Hulhumalé. As a result, the tiny island state was saddled with nearly $1.5 billion of debt, almost 17 per cent of its GDP of less than $9 billion.

After the MDP came to power in 2018, President Ibrahim Mohamed Solih brought India-Maldives cooperation back on track. He initiated the ‘India First’ policy, meant to strengthen ‘the multifaceted, mutually beneficial partnership between India and the Maldives’, and scrapped the China-Maldives free trade agreement. For its part, India extended $1.4 billion aid to help the Maldives paybacks its loans, besides providing additional financial support for community development projects. India is now involved in setting up a new cancer hospital, building a cricket stadium, developing a port and upgrading an airport. The Maldives was the first country in South Asia to receive Covid-19vaccine shots from India.

However the radicalisation of Islam around the world has adversely impacted Maldivian society. Islam is the state religion and its citizens are required to adhere to it, as per the 2008 revised provisions of the country’s Constitution. Article 9 (d) of the Constitution specifically prohibits ‘a non-Muslim’ from becoming ‘a citizen of the Maldives’; Article 10 (a) makes it clear that ‘the religion of the State of the Maldives is Islam. Islam shall be the one of the bases of all the laws of the Maldives’.

Pakistan-based organisations have also been a primary source of Islamic fundamentalism in the archipelago. In the wake of the catastrophic 2004 tsunami in the Maldives, a number of Pakistani Islamist organisations set up rehabilitation and relief camps across the inhabited islands. Groups such as Lashkar-e-Taiba (LeT) affiliated Idara Khidmat-e-Khalq joined the relief efforts in a big way. Side by side, they recruit Maldivians to study at madrassas in Pakistan, which teach the fundamentalist edicts of Salafi Islam and are known to groom students to participate in violent jihad. Not surprisingly, many Maldivian youth were among the foreign jihadis in Syria. There have been 173 confirmed cases of foreign fighters from the Maldives, a quarter of them women. Some 50 Maldivians were stranded in Syria’s al-Hawl camp.

However, unlike his dithering predecessors, President Ibrahim Mohamed Solih has initiated measures to contain the spread of radical Islam in the Maldives. During Indian Prime Minister Narendra Modi’s visit there in June 2019, President Solih thanked PM Modi for providing capacity building measures to the Maldives National Defence Force (MNDF). Further, both leaders agreed to enhance bilateral cooperation on a range of issues, including terrorism, establishing a Joint Working Group on Counter-Terrorism (JWGCT), Countering Violent Extremism (CVE) and De-Radicalisation. As per the United Nations’ Global Counter-Terrorism Strategy (GCTS), the Maldives has initiated necessary steps to combat terrorism and violent extremism. The country has also joined the Saudi Arabian initiative, ‘Islamic Military Alliance’ against terrorism.

In September 2020, Washington signed a new defence framework agreement with the Maldives, and former US Secretary of State Mike Pompeo announced that America would establish its embassy in the Maldives. Since 2018, Washington has also widened its maritime cooperation with the country and has made a provision of nearly $11 million in aid.

The Maldives has released a ‘watch-list’ of 17 terrorist organisations under the ‘Prevention of Terrorism Act’, which includes Islamic State (IS), al-Qaeda, NTJ (National Thoweeth Jamaat), Lashkar-e-Taiba (LeT), Jaish-e-Mohammed (JeM), and Harkat ul-Jihad-i-Islami (HuJI). Nevertheless, being an Islamic country, politicians on both sides of the divide vacillate when it comes to taking decisive action on the ground and have been hobnobbing with the extremists for immediate political gains.

But the people seem to have a better understanding of what is good for their society and what is not. In a survey carried out by the United Nations Development Programme (UNDP) in February 2019, 60 per cent of those surveyed stated that they think violent jihad is a matter of national concern. Only 10 percent of respondents thought the people on their islands support radical Islam.