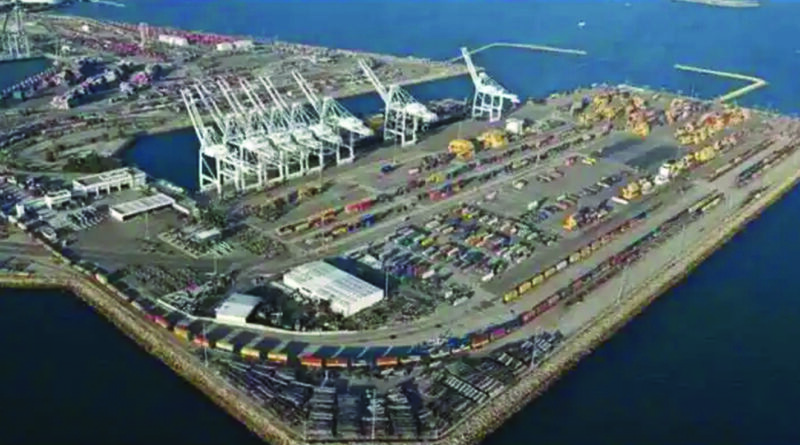 The rise of Raisi

Richard Gregson  assesses what the political ascent of Iran’s crusading yet pragmatic new leader means for the country, its neighbours and the wider world

Ebrahim Raisi’s presidency has begun on an ominous note. The world has scoffed at his controversial election and fingers have been pointed towards his sordid involvement as a prosecutor in extra judicial mass hangings of political rivals in 1988, decreed through a Fatwa by the late Ayatollah Ruhollah Khomeini.

The narrative is: Iran is moving towards a more radical and conservative government; there will little space to talk to or negotiate with Raisi’s regime, which is likely to pursue the policy of defiance more aggressively. The drone attack on an Israeli tanker on July 29, killing a UK national, has heightened anxieties in global power circles.

Ebrahim Raisi, the then Chief Justice of Iran, was declared the winner in an election allegedly rigged through mass disqualification of popular candidates by Iran’s unelected Guardian Council. Those barred from contesting included former speaker of Parliament Ali Larijani, former president Mahmoud Ahmadinejad, and the incumbent first vice-president Eshaq Jahangiri. Activists and debarred candidates had called for a  boycott of the election, with Ahmadinejad saying he would neither participate in nor recognise it. The poll saw the lowest ever turnout of around 49 per cent, of which 13 per cent were invalid protest votes. Clearly, Raisi is supreme leader Ayatollah Ali Khomeini’s man.

Outgoing moderate President Hassan Rouhani, who defeated Raisi in the last presidential election, had reportedly sent a letter to the supreme leader asking him to allow reformist and moderate candidates to stand so there was a level playing field – but to no avail. The ageing and sick Ali Khomeini – who has also served as president under Ruhollah Khomeini’s tutelage – is rumoured to be grooming Raisi as his successor.

Wrecked by sanctions, growing dissidence and mass unrest, Iran is faced with problems galore that could deter even the most seasoned politician. But Raisi, a hard nut to crack, seems confident. His priority is to gain public acceptance, as his background is as a judge and cleric, with little administrative experience.

He has been quick to deny his role in the ‘death commission’, which carried out the enforced disappearance and secret executions of several thousand political dissidents in Evin and Gohardasht prisons near Tehran in 1988, and oversaw the secret burial of their bodies in unmarked mass graves.

Rather, he portrays himself as a crusader against corruption and poverty while promising to counter ‘hopelessness’ over the crisis-ridden economy by establishing a ‘people’s government’ and a ‘strong Iran’.

‘I have tasted poverty, not merely heard about it,’he has been telling the electorate, recalling that he lost his father at the age of five.

Notwithstanding his conservative image, Raisi appears to be calibrated in his approach to both policy matters and foreign affairs. Although he is taking a tough bargaining stand on the nuclear deal with the US, his approach to regional issues and relations with India, Pakistan, China and Afghanistan at least seems to be pragmatic.

India’s External Affairs minister S. Jaishankar, who has been proactive in the wake of the Afghan crisis,made a point of attending Raisi’s swearing in ceremony in Tehran on August 5. The Iranian president spoke positively about India’s role in the establishment of peace and security in Afghanistan, and highlighted the need for a joint plan to elevate relations between Tehran and New Delhi.

‘Iran and India can play a constructive and useful role in ensuring security in the region, especially Afghanistan, and Tehran welcomes New Delhi’s role in the establishment of security in Afghanistan,’ he said.

‘From today on, we should take new and distinct steps in the development of bilateral, regional and international relations with a new perspective. By moving in the direction of a joint cooperation programme, we can take steps to bring about different conditions at the level of relations between the two countries in the interests of the two nations.’

Indo-Iranian relations had taken a dip after India, under pressure from the Trump administration, drastically cut oil imports from Iran. Bilateral trade of $17 billion, carried out through the bank barter system to circumvent US sanctions, has since dwindled to a third. Indian exports have also dried up, as Iran’s oil exports that were bartered for imports have been shut down. Indian investments in the strategic Chabahar port in Iran have also been adversely affected. The Chinese exploited the opportunity and signed a major $400 billion long-term deal for infrastructure projects in Iran.

There was political fallout, too, when the Iranian leadership, which had rarely commented on Indian internal affairs, criticised India’s scrapping of Article 370 in Jammu & Kashmir and the arrest of local leaders. Given the perception of Raisi as a hardliner, he appears to be a step ahead of his predecessor when it comes to tackling relations with major powers like India and China.

The fate of Afghanistan, Raisi maintains, ‘must be decided by the Afghans themselves’.He adds that ‘if the Americans do not sabotage the situation, this issue will be resolved quickly’  –  this notwithstanding the parochial Shia-Sunni antagonism and the Taliban’s conflicts with Shi’ite groups in Afghanistan.

The regime in Iran seems to appreciate the common interests that India and Iran have with regard to peace and stability in the region and bilateral economic cooperation –interests which often clash with Pakistani and Chinese plans. Iran and India have cooperated on connectivity projects for Afghanistan and Central Asia, including at Chabahar port.  Of particular interest to India and Iran is the International North-South Transport Corridor (INSTC), a 7,200-km-long multi-mode network of ship, rail and road across India, Iran, Afghanistan,Azerbaijan, Russia, Central Asia and Europe through Bandar Abbas. This is an alternative to China’s ambitious Belt & Road Initiative, whose flagship project,the China-Pakistan Economic Corridor (CPEC), connects Gwadar port in Pakistan to Central Asia, Russia and China.

Often when analysts look at Iran they try to place the country’s complicated governance structure in the Western mould and overlook its complexities. It is one of the few countries in the world which has, over the last 40 years or so, made a complete U-turn from modernist monarchy, struggling to establish a modern democracy, to a highly conservative theocracy – a parliamentary autocracy successfully run by hard-core Shia mullahs who have a stranglehold on the nation’s social, political, economic and cultural life.

Dissent has been an anomaly and ruthlessly crushed with medieval fervour by the clerics– the ones who have decided the fate of Iran since the Islamic ‘revolution’ which, unfortunately, was legitimatised initially by communists,who had a considerable presence among peasants and workers during the 1970s and even the 1980s.

The US-backed regime of the Shah of Iran was overthrown by the Islamists, led by the Ayatollah, in 1979. Toeing the Soviet line of backing the so-called Islamic ‘revolution’ because of its anti-imperialist (read ‘anti-US’) character, the Tudeh (Communist) Party of Iran joined hands with the mullah orthodoxy. Other leftist groups and the nationalist Mojahedin-e Khalq (MEK) continued their struggle against the Islamists and joined Saddam’s Iraqi forces to attack Iran. In 1982, the Tudeh Party was accused of being Soviet agents by the Islamic government. The party’s newspaper was shut down, Tudeh members were purged from government departments and some 10,000 members, including leaders, were arrested, tortured and many killed.

The final blow to progressive democratic politics came in 1988 when the then ailing Supreme Leader, Ayatollah Khomeini, angered by Iran’s crushing defeat in the eight-year Iran-Iraq war,issued the homicidal fatwa ‘In the Name of God, the Compassionate, the Merciful’. Irony is sometime beyond comprehension. Thousands of communists and nationalists were executed en masse. Thus, finally the space for progressive and liberal thought in Iran was brutally sealed.

Over decades, Iranians have been brought up in virtual isolation from the world on a poisonous diet of fundamentalist Islam. It is a crime to be secular or atheist. So far, notwithstanding disillusionment and frustration with the existing Nizaam (system), the country remains sealed in an aseptic echo-chamber of the most conservative form of Islam. Hence, the global community has to be realistic while interacting with Iran. Instead of isolating the country, Iran’s integration with the world will help Iranians to look beyond the medieval template of Shi’ite Islam and think of charting the path of liberal, inclusive democracy.