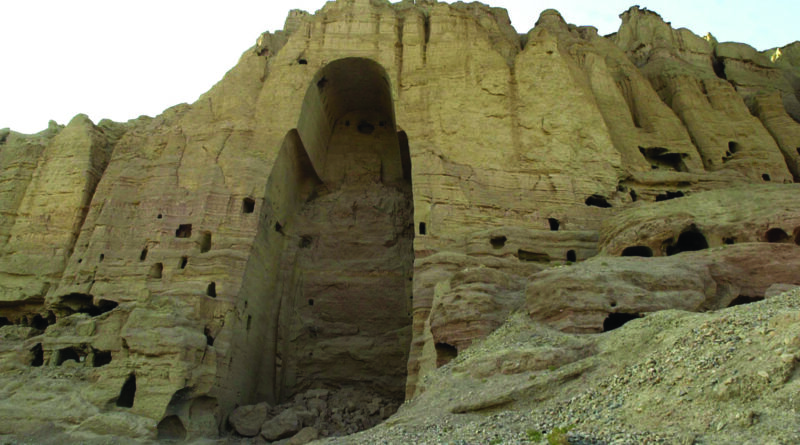 Who wants the peace of the graveyard?

MJ Akbar reminds us that the long Afghan war is a matter of ideology, not geography, and new technology has shifted its dynamics

The Qissa Khwani Bazaar in Peshawar is one of those urban oases which side step progress in favour of romance. It has been a rest house for travellers laden with stories from Central Asia and the great silk routes, their tales woven into the deep blue of summer twilights as hashish smoke curled away from pipes.

The bazaar seemed comfortably ensconced in the 19th century when I first visited Peshawar more than three decades ago. I wonder if it has changed. Perhaps the majestic Kabuli Gate, which towered over the bazaar, has been painted in some pseudo-modern hue, and little rooms with plastic furniture have replaced shops full of nature’s yield: fruit, food, spices, and dresses made from the earth’s cotton. I had gone to report on refugees who had fled from Afghanistan during the great war between the Soviet army and the Afghan resistance, known as the mujahideen. Refugees lived in a sprawling city of tents across open fields. The fighters had sleeping space in low brick buildings, along with their mid-level commanders.

I was taken to a small hall, or perhaps a large drawing room, on the first floor. The faint noise of some strange music filtered through as we walked up the steps; in retrospect, it was unfamiliar only in the context of the environment. A television set stood at the far end of the hall. That was not the odd fact, although television sets were still rare. There were at least a dozen men in the hall, their beards redolent, their eyes transfixed, staring at the television, enraptured by the scantily clad singers on MTV. In an adjoining room sat their commander, quite unconcerned. Boys, and sometimes middle-aged men, will be boys, said his shrug.

In 1996, when the Taliban seized Kabul with the financial, military and logistical support of Pakistan, they banned music. Raising an eyebrow at MTV is one thing; eliminating music, an intrinsic part of traditional culture, from Afghan life is quite another.

Horrific gender oppression became a central project of their arid regime. Girls were thrown out of schools. The Taliban destroyed the 1,500-year-old Bamiyan Buddhas in an act of cultural genocide. In a deliberate display of cruelty, its butchers ordered at least 15 civilian massacres, according to a United Nations (UN) study. For seven interminable years the Taliban imposed a fundamentalist doctrine that went far into the periphery: barbers disappeared from salons and kites from the skies; keeping a bird as a pet became illegal. It was a desiccated, supremacist, gender-phobic and regressive form of extremism which has no precedent in the Muslim history of fourteen centuries.

They ruled Afghanistan only through the military help they received from the most powerful forces embedded in the Pakistan state; in return they served Pakistan’s interests when required. Without sanctuary and support from Islamabad, the Taliban would not have been formed by 1994, won a civil war in 1996, survived defeat and disarray after the American invasion of 2001, negotiated with Washington during the years of Donald Trump, or recaptured large swathes of Afghanistan in the first year of Joe Biden’s term.

Benazir Bhutto once described the Taliban as ‘my children’. It was a valid claim. The Taliban was conceived and empowered when she was prime minister of Pakistan. But its wet nurse, tutor and guardian was an institution with more lasting influence in Pakistan politics than a mere elected prime minister –the army and its most effective strategic arm, the Inter-Services Intelligence (ISI). The Taliban mission was designed by the ISI: to seize power in Kabul.

By 1992, the mujahideen had won the war against the Soviets and toppled the pro-Moscow government of President Mohammad Najibullah. Brilliant in battle, they were fragile in victory. They proved completely incapable of forming a government, let alone running the country. While Najibullah took shelter in the premises of the UN headquarters, Pakistan tried to muscle its first puppet, Gulbuddin Hekmatyar, into power. Kabul collapsed into chaos as mujahid factions fought one another on the streets. Hekmatyar could not last.

There were only two comparatively stable regions in the country: the north, under the finest of the mujahideen commanders, Ahmad Shah Massoud, widely celebrated as the ‘Lion of Panjshir’; and Herat, under Ismail Khan, acknowledged as the best of the ‘warlords’ now in control. Pakistan stepped into a vacuum.

Benazir Bhutto infiltrated her political progeny into the fractious war zone. The Taliban advance, under the one-eyed and single-minded Mullah Mohammed Omar, began in November 1994, with Pakistan army officers at the helm. The principal strategist was Brigadier Sultan Amir Tarar, a special operations expert, who used the pseudonym ‘Colonel Imam’. On reaching Kabul in September 1996, the Taliban shot dead former President Najibullah, castrated him and hung his body from a lamp-post. All the current honey dripping from Taliban spokesmen will not wash away that brutality, or the memory of continual barbarism against the people.

Massoud retreated to regroup, and set up what was called the Northern Alliance. He lived in Dushanbe, capital of neighbouring Tajikistan; his force was based at Farkhor, on the Tajik-Afghan border. India provided humanitarian aid, and built a hospital which continues to function. The Tajikistan government needed Massoud as much as Massoud needed them. The Taliban, with abetment from Pakistan, was determined to export its distorted Islamism into Tajikistan and Uzbekistan by sending its fighters to help local insurrectionists. Alongside the Taliban were its allies: terrorist groups like the Haqqani network, al-Qaeda, Lashkar-e-Taiba, Jaish-e-Mohammed, Harkat-ul-Mujahideen, Tehreek-e-Nafaz-e-Shariat-e-Mohammadi, Hizb-e-Islami and the Islamic Movement of Uzbekistan.

These volatile allies nearly started a war with Iran when they murdered ten Iranian diplomats in yet another of their savage assaults. Iran mobilised some 250,000 troops before Pakistan saved its protégé by accepting Iran’s demands. In 2001, Pakistan failed. Islamabad pleaded with Mullah Omar to hand over Osama bin Laden to the US after 9/11, but the overconfident Taliban leader refused. The consequences are common knowledge, except for the fact that Washington permitted Pakistan to pick up ‘Colonel Imam’ and other ‘assets’ still working with the Taliban before the invasion began. Otherwise,‘Colonel Imam’ might have had to spend a few years at the Guantanamo Bay Detention Camp.

Two days before 9/11, Massoud was assassinated by two ‘jihadis’ claiming to be journalists. They blew themselves up along with the mujahideen hero. This incident has been filed away in that mysterious chapter of history labelled ‘Coincidence’. There are few coincidences in war. The assassination was clearly an ISI operation. It is possible that the ISI had knowledge of 9/11 and was eliminating the one leader who could mobilise the challenge to the Taliban government in Kabul.

After 2001, Kabul has had governments which wanted equitable relations with Pakistan, but refused to become supplicants. Pakistan’s security strategy, conversely, was and remains based on the rather jaded concept of ‘Islamic space’ to its west. The Taliban was happy to oblige, because its own theories subsumed the national Afghan interest to a hazy and ill-defined ‘Islamic’ interest. The Taliban had, after all, changed the name of the country to the Islamic Emirate of Afghanistan, with Mullah Omar as the first Emir.

The war in Afghanistan is not about geography; it is about ideology. The objectives of the Taliban and its allies al-Qaeda and Lashkar-e-Taiba have not changed one jot. Central Asia has already become tenser as Dushanbe, Tashkent and Bishkek weigh the dangers of any possible Taliban success in Kabul. If Europe and America believe that distance is going to keep them safe, then the population of that old abode, Fool’s Paradise, has risen again. The Taliban have learnt to be a shade more discreet, at least for the time being. Al-Qaeda has not. An al-Qaeda official told CNN in April that its war against the US would continue on all fronts until the Americans had been ‘expelled’ from the ‘Islamic world’.

In my view, America, Europe and regional powers like India, China, Iran and Saudi Arabia are aware of the stakes. No one has any appetite for boots on the ground. But, as happens perhaps every half-a-century or so, new technology has shifted the dynamics of war. Drones, and what might be called ‘distance weapons’, are likely to dominate offensive tactical operations against the Taliban surge, in coordination with the Afghan National Army. Moreover, the anti-Taliban coalition is not as rootless as it had become in the 1990s. A new urban middle class is entrenched in cities like Kabul and Herat. Millions of Afghans, particularly women, have created a new life in the last two decades and they will fight to preserve it. They know that a Taliban-led alternative means scorched earth and cultural desert.

Afghanistan’s President Ashraf Ghani Ahmadzai is a battle-hardened nationalist with a firm focus on what is good for his people: economic development, security, social harmony and gender empowerment. People see his smile, and tend to forget the steel behind that gentle visage. He has survived dozens of assassination attempts. Bombs went off when he was being sworn in for a second time. In Afghanistan, bombs are not adult firecrackers; they are murderous, and destroy a crowd of lives. President Ghani did not flinch. He calmed the audience, and the function continued.

It is always difficult to predict the eventual outcome of an ongoing war, but let me stress this much: President Ghani will not be easily defeated.

There is one question that must be asked. Who finances the Taliban? The easy answer is Pakistan, but that is only partially correct. The Taliban is financed by the English football fan at Wembley who snorted heroin before, during and after the Euro football final; by the police who saw nothing when fans lit a haze over Leicester Square. The money comes from a New York or a Delhi or a Paris party, where a sniff is more expensive than a sip. In truth, the police have surrendered virtually everywhere in the war against drugs. Afghanistan’s drugs industry has a street value which cannot be accurately calculated since it is illegal, but which could well be over $70 billion. Militias with guns take a cut from farmers and carriers, and the Taliban has the biggest militias. Ironically, if Afghanistan’s opium were legal trade, at least the money would go to Kabul.

At every international conference, everyone wants peace in Afghanistan. The point is this: do we want the peace of the garden or the peace of the graveyard? A graveyard will not remain still; it will keep expanding its boundaries. The world has a choice, and the time for a decision is running out.

MJ Akbar is an MP and the author of, most recently, Gandhi’s Hinduism: The Struggle Against Jinnah’s Islam