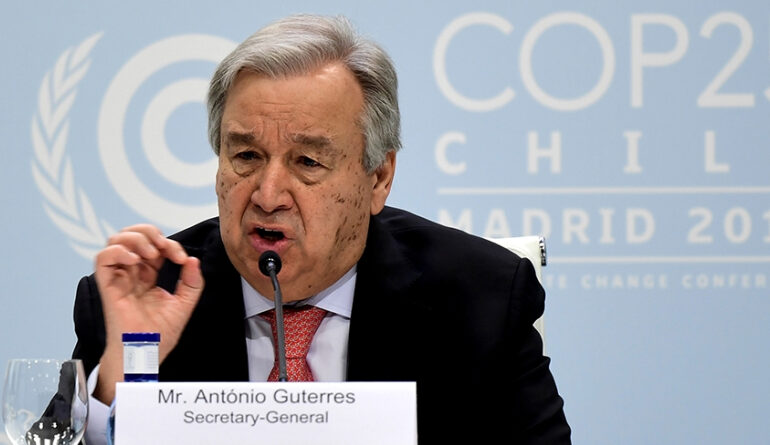 As part of the battle against climate change, most Asian countries are trying to use less coal, with China announcing it will stop funding coal-fired power stations abroad. But, writes Duncan Bartlett, the real challenge is to persuade both China and India to switch to green energy

Coal is the dirtiest fossil fuel and a major contributor to global warming. It is also the principal source of energy in China and India,and crucial to all the economies of Asia.

There is now immense pressure on governments to switch to cleaner sources of energy. China is keen to be regarded as a leader in the field, setting the agenda for other countries to follow.

At the United Nations General Assembly in New York in September, President Xi Jinping said: ‘China will step up support for other developing countries in developing green and low-carbon energy, and will not build new coal-fired power projects abroad.’

This is particularly significant in the context of the Belt and Road initiative, through which China provides infrastructure investment to friendly countries.

Many governments in Asia have already indicated that they are reluctant to invest in coal, recognising that it is contributing to the climate-change problems which threaten their societies.

The UN has said that the use of coal must fall by 79%, compared with 2019 levels, by the end of the decade if the world hopes to meet the targets set at the 2015 Paris conference on climate change.

Bangladesh has recently cancelled ten coal plants which it had under development. The country’s Prime Minister, Sheikh Hasina, is the chair of the Climate Vulnerable Forum (CVF), which aims to highlight the impact of global warming on poorer nations. Bangladesh has made a commitment to generate 40%of its electricity from renewable sources by 2041.Some renewable energy will be imported by an Indian hydropower company from Nepal and Bhutan.

Meanwhile, Pakistan – one of the largest recipients of China’s Belt and Road funding, much of it for developing coal-fired power – has said that it will not build any more solid fuel generators. The Philippines, Vietnam and Indonesia have made similar announcements over the past year.

‘It’s a lot easier to announce the end of funding for a technology when there are no customers for it in the first place,’ energy expert David Fickling noted in an analysis for Bloomberg.

Fickling added that China’s promise to stop funding coal-fired powered generators abroad came after the governments of Japan and South Korea both agreed that they would not back such projects. Those two nations have put a push towards renewable energy at the top of their political agenda.

That leaves China as the world’s largest emitter of greenhouse gases – a situation which puts it under great pressure to rapidly phase out the use of coal domestically.

Dozens of new coal-fired power and steel plants were announced in China during the first half of 2021, and Global Energy Monitor says that if they are all built, they would add 150m tons to annual carbon dioxide emissions.

However, Greenpeace notes that even though the Chinese authorities have approved the construction of 24 coal-fired domestic power plants this year, that represents a fall in commissions of nearly 80% on the previous year.

As the leading trade partner of most countries in Asia, China has enormous economic influence, so its attitude towards coal is regarded as particularly significant.

Mr Guterres told the UN General Assembly that ‘several emerging economies’ should ‘go the extra mile’ in making ambitious pledges to limit their emissions. ‘We especially need leadership from all G20 countries,’ he said. These include China and India.

For its part, the Indian government has pledged to reduce its dependence on coal and move towards cleaner sources of energy.

However, the installation of new renewable power projects had been slower than expected, at a time when demand is rising.According to official data, coal accounted for about two-thirds of electricity generation in India in the summer of 2021, with only around 12% of India’s energy needs coming from renewables.

Despite having large reserves of coal, India remains the world’s second largest importer of coal after China, mainly importing it from Indonesia, Australia and South Africa. However, the Indian government has been seeking to cut imports, particularly as the closure of many mines around the world has pushed prices up.

This has left many countries, including India, with the problem of soaring fuel prices,, just as their economies are adjusting to life following the coronavirus pandemic.

To address this situation, Asian nations are being promised assistance in making the switch towards a greener energy mix, both by China and the United States.

Soon after President Xi Jinping’s announcement at the UNGA that China would help developing countries switch to low-carbon energy, US president Joe Biden promised to double climate aid for such nations, although the plan must be approved by the US Congress.

These are big but crucial promises that will have to be kept if the future is to be greener, and brighter.

Duncan Bartlett is the Editor of Asian Affairs magazine and a Research Associate at the SOAS China Institute. He is currently teaching diplomacy and international relations on the Economist Executive Education course, A New Global Order