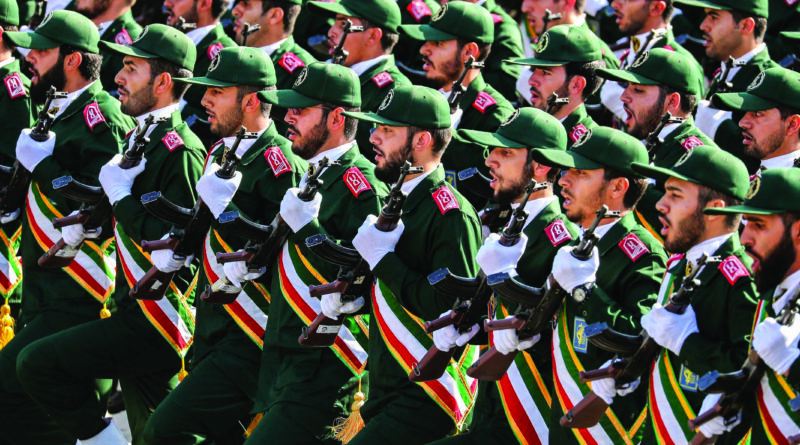 Dancing with the Devil

Tehran’s euphoria about America’s defeat in Afghanistan seems to be wearing off. Sections of Iran’s conservative clergy have expressed serious concerns over the new government going too far in backing the Taliban regime. One of the loudest voices of caution has come from a high-seated cleric, the 102-year-old Grand Ayatollah Lotfollah Safi Golpaygani. He minced no words when he sermonised that it would be a ‘great and irreparable mistake to trust a group whose record of wickedness, murder and slaughtering people is clear to the whole world’.

Yet the Iranian establishment is divided. They are treading a thin line, trying to maintain a fine balance between Iran’s close kinship with Afghanistan’s Shia minority Hazaras, and the country’s support for the predominantly Sunni-Pashtun Taliban, which rode to power after militarily capturing the country. Critics have aptly dubbed it ‘Iran’s diplomatic dance with the Taliban’. Even moderates like former President Mahmoud Ahmadinejad are not happy with the way the Raisi government is dealing with the new Afghan situation, pointing out that,under the Taliban, a militant Sunni organisation, ethnic minorities and non-Sunnis – together the largest chunk of the population – face an uncertain future.

President Ebrahim Raisi had hailed the US exit from Afghanistan as America’s ‘military defeat’, stating that Iran was willing to work with the new government for ‘a lasting peace’ in ‘brotherly’ Afghanistan. In a matter of weeks, however, the Iranians realised that this calculation, based on their obvious anti-US bias, was somewhat misplaced. The new ministerial dispensation in Kabul is an all-Taliban set-up, with the exception of some accommodation for the notorious Haqqani Network, which enjoys Pakistan’s patronage.

The interim government has reinforced the fact that the Taliban is neither prepared to be ‘inclusive’, nor have they changed. Even Abdullah Abdullah and Hamid Karzai, who were part of the US-backed governments but had switched sides to support the Taliban, were left out in the cold.

‘Inclusive’ in the Afghan context alludes more to ethnic groups and sects who have traditionally fought with one another for territory within territories and dominance, more so when they are not fighting against foreign occupation. As for the marginalisation of women in Islamic societies, this is not unique to Afghanistan. But the problem becomes more complex in a semi-mediaeval society, splintered by ferocious tribal affinities rooted in one of the most misogynist forms of patriarchy, where the very idea of basic human and women’s rights is alien to the majority of Afghans.

Also trying Iranian patience are the Taliban’s all-out military campaign to capture the Panjshir Valley, the last bastion of resistance, and Pakistani’s covert involvement. Without specifically naming Pakistan, the spokesman for Iran’s Foreign Ministry, Saeed Khatibzadeh, denounced ‘foreign interference in Afghan affairs’ and appealed for intra-Afghan talks regarding the formation of an inclusive government. Khatibzadeh said that the Taliban should abide by their obligations under international law, and also expressed concern that the Taliban forces were ‘starving the people of Panjshir, shutting [sic] their electricity and water and besieging them’.

Consequently, Shia Afghans settled in Iran held a demonstration outside the Pakistani embassy in Tehran and its consulate in Mashhad. They shouted slogans against the Taliban for committing atrocities against minorities, and against Pakistan for providing military support in Panjshir.

Actually, an unstable Afghanistan has serious implications for Iran. It has a 921-km border with this eastern neighbour and is wary of hordes of Afghans crossing over to Iran in the event of a civil war. Already there are 3.6 million Afghan refugees living in Iran. They are not just an economic burden but also a security threat, as al-Qaeda and Islamic State-K and Baluch militants could be hiding in their ranks. Opium-based drugs and narcotics trafficking is another headache.

Sectarian Shia-Sunni animosity and attacks by various Sunni groups on Afghanistan’s Shia minority had led to seriously strained Iran-Taliban relations in the past. Iran, known for its proactive involvement in Middle East conflicts, has been backing anti-Taliban warlords and Hazara militants in and around the western and northern Afghan cities of Herat and Mazar-i-Sharif, where it has considerable influence. After the fall of Herat, the local warlord Ismail Khan, who had given a tough time to the Taliban but was let off unharmed, surfaced in Iran’s second-largest city, Mashhad, three days later.

Following the Soviet departure from Afghanistan in 1989, the heavily-armed warlords began squabbling amongst themselves, which gave an opportunity to the Pakistan-backed Taliban to capture Kabul and most of Afghanistan. Iran threw its weight behind the Northern Alliance, pitted against the Sunni-Pashtun Taliban. In retaliation, Sipah-e-Sahaba Pakistan, a Taliban affiliate, killed ten Iranian diplomats and an Iranian journalist at the Iranian consulate in Mazar-i-Sharif in 1998. This happened soon after Taliban forces overran the city.

Al-Qaeda and Daish/ISIS, too, are patently anti-Shia. One of the recent gruesome mass killings carried out by ISIS was a bomb attack at Sayed ul-Shuhada High School in Kabul’s Shia locality, blowing up 85 people, mostly schoolgirls in May this year.

The camaraderie between Hazaras living in Afghanistan and Pakistan and the Islamic regime of Iran can be traced back to the Iraqi invasion of Iran. Responding to the Ayatollah’s call for Shias to join the holy war, many Afghan and Pakistani Hazaras took up arms, becoming a part of Iran’s Islamic Revolutionary Guard Corps (IRGC) that fought against the Iraqi army. Later, these men were sent to Afghanistan to join the mujahidin in the insurrection against the Soviets. Ever since, Iran has had pockets of influence in the neighbourhood, and has been funnelling arms and funds to Hazaras allied with the Northern Alliance led by anti-Taliban Tajik leaders such as Ahmad Shah Massoud.

Afghan Hazaras are now an integral part of Iran’s glorified Fatemiyoun Division of the Quds Force, a wing of the IRGC specialising in unconventional and guerrilla warfare, fighting alongside government forces in Syria. Similarly, Pakistani Hazaras have been organised under the Zeynabiyoun Brigade. Thousands of ethnic Afghan and Pakistani Hazara fighters have laid down their lives to save the Assad government, which, in spite of its secular credentials, is being defended because it is under attack from a loose coalition of Sunni rebels, backed by the Saudis and other Sheikhdoms.

Other problems exist too. Iran has a water-sharing dispute with Afghanistan, and the two countries are bitter competitors on the infrastructure front. Iran’s India-financed Chabahar Port connectivity plans directly clash with Pakistan’s Gwadar Port and the China-Pakistan Economic Corridor, which is likely to be given preference by a Taliban-governed Afghanistan.

The Taliban’s surge in Afghanistan has also severely impacted Iran’s meagre exports, exacerbating the sanction-ridden country’s economic woes. Iran exports $3.5 billion of goods to Afghanistan, but most Afghan traders have either fled the country or stopped importing goods, in view of the uncertainly. Already reeling from an economic crisis, Iran is trying to make up for the losses by jacking up supplies of petroleum products to its neighbour. Yet most of the oil exports are in credit and no one knows how they will recover the dues from a bankrupt, cash-strapped Afghanistan, whose account have been frozen by the US, and to whom the IMF and World Bank have stopped giving aid.

Meanwhile, the Raisi regime is doing all the tightrope walking it can and keeping its fingers crossed, lest the crisis across the border blows back to add to their cup of already overflowing woes.