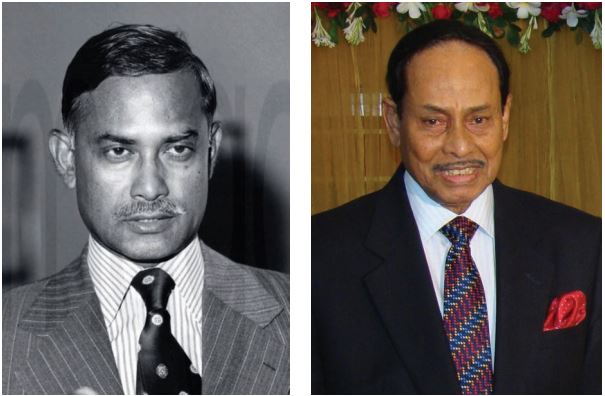 Fifty years on from the 1971 liberation war,  Syed Badrul Ahsan , assesses the current state of Dhaka’s relationship with Islamabad and wonders what lessons – if any – have been learned

In the half century since Pakistan’s eastern province broke away from the western part to emerge as the sovereign People’s Republic of Bangladesh, relations between Dhaka and Islamabad have remained fairly uncomfortable for a host of reasons. Those reasons are largely connected with Pakistan’s attitude vis-à-vis the circumstances arising out of the liberation war of 1971.

Of course, Bangladesh and Pakistan are linked through bilateral diplomacy. They have maintained diplomatic missions in each other’s territory since 1976, when the military regime of Ziaur Rahman in Dhaka and the Bhutto government in Islamabad mutually decided to exchange ambassadors between their two nations. (At the time Pakistan was out of the Commonwealth in protest against the recognition of Bangladesh by the Commonwealth and other countries and organisations.) For many Bangladeshis, this decision was precipitate, given that such crucial issues as a sharing of pre-1971 Pakistan’s assets and liabilities – a key demand of the government of Sheikh Mujibur Rahman – remained unfulfilled.

Pakistan was compelled by circumstances to accord diplomatic recognition to Bangladesh on the eve of the summit of Islamic nations called by Prime Minister Zulfikar Ali Bhutto in February 1974, in Lahore. Once it was made known that Bangladesh, with a majority of its population followers of the Islamic faith, could not be ignored at the summit, feelers were sent out to Dhaka for Mujib to attend the conference. For his part, Mujib made it clear that, unless Islamabad acknowledged Dhaka’s independent existence, Bangladesh would not participate in the Lahore deliberations. The recognition came and Sheikh Mujibur Rahman travelled to Lahore, but his government was adamant that issues such as assets and liabilities, the repatriation of Bihar is to Pakistan from Bangladesh and the trials of Pakistani war criminals called for a resolution at the earliest.

Issues such as assets and liabilities, the repatriation of Biharis to Pakistan from Bangladesh and the trials of Pakistani war criminals called for a resolution at the earliest

Bangladesh and Pakistan engaged in formal negotiations, along with India, in April 1974 on the return of PoWs who had been in Indian custody since the end of the war in December 1971, and the trial of 195 senior Pakistani military officers on charges of war crimes. In the end, the Bangladesh government, in the interest of a new beginning for South Asia, as Dhaka put it, and on the basis of a promise by the Bhutto government that Islamabad itself would try the 195 officers, agreed to let them go free.

That promise was never kept. When Bhutto, at the head of an 80-member delegation, travelled to Dhaka in June 1974, the Pakistan government refused to discuss the outstanding issues between the two countries. No joint communiqué was issued at the end of the Bhutto trip.

Where Bangladesh is concerned, the 21 years following Sheikh Mujibur Rahman’s assassination were a period of Pakistan-friendly military and quasi military rule in Dhaka. General Ziaur Rahman and General Hussein Muhammad Ershad, both former officers in the pre-1971 Pakistan army, visited Islamabad. In their separate discussions with General Ziaul Haq, the emphasis was placed on developing ‘brotherly ties’ between the two countries. The government of Begum Khaleda Zia did not deviate from this policy and indeed went a step further when, during her second stint in office, she inducted a good number of the Bengali collaborators with the 1971 Pakistan army into her cabinet. All those ministers were subsequently put on trial by the government of Prime Minister Sheikh Hasina on charges of having committed war crimes. They were tried by special tribunals and finally executed. At that point, the Pakistani government of Nawaz Sharif muddied the waters when its interior minister placed a resolution in the Pakistan national assembly, condemning the executions of their erstwhile loyalists in Dhaka.

In the more recent past, Bangladesh and Pakistan have had diplomatic issues, owing to Dhaka’s belief that certain diplomats in the Pakistan high commission there have engaged in activities not commensurate with diplomatic norms. Some of Pakistan’s diplomats have been expelled from Dhaka and, in retaliation, Pakistan ejected a senior Bangladeshi diplomat from Islamabad.

Put simply, the old suspicions have remained. A key reason for this is that, in the years of the Khaleda Zia administration, Pakistan’s ISI operatives were seen playing a role in fomenting anti-Indian activities through the presence of renegade Indian militant groups in Bangladesh. Such groups were severely tackled by the Sheikh Hasina government, and the ISI lost the space it had enjoyed for a long time.

There are positives. When it comes to trade, the two countries’ relations are fairly good, with both being members of SAARC and other international bodies. But at the political and diplomatic levels, they have remained wary of each other. A key complaint by Bangladesh is that successive governments in Pakistan have never expressed any contrition or apology over the genocide committed by the Pakistan army in occupied Bangladesh in 1971. When General Ziaul Haq travelled to Dhaka in 1985, he visited the national memorial honouring Bengali freedom fighters and blandly told Bangladesh’s journalists, ‘Your heroes are our heroes.’ At a later stage, General Pervez Musharraf visited Bangladesh, but would not go beyond an expression of regret regarding the tragedy of 1971.

It also remains a matter of bitter record that when Sheikh Mujibur Rahman was assassinated in August 1975, the Bhutto government, with alacrity, recognised the usurper regime led by Khondokar Moshtaq Ahmed in Dhaka. During her premiership, Benazir Bhutto once made a brief trip to Bangladesh when General Ershad was in power, but had no comment to make on the 1971 issue.

In these 50 years since December 1971, the lessons of history have been ignored in Pakistan. The events relating to Bangladesh’s War of Liberation have, by and large, been portrayed as a conspiracy by internal and external forces to break up Pakistan, with the result that Pakistanis born after the war have been left bereft of detailed knowledge of the conditions which led to the emergence of the Bengali republic.

The wounds have not healed in Bangladesh. The truth has not been acknowledged in Pakistan.