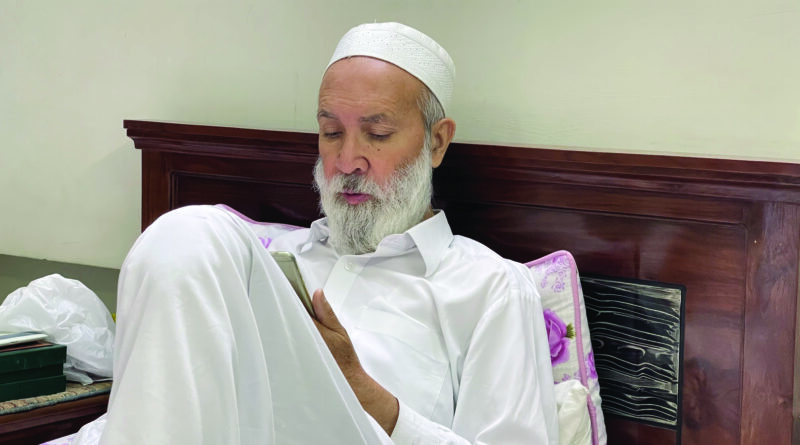 Asian Affairs’ Ajit Sat-Bhambra, and the Fourth Estate at large, mourns the passing of one of Pakistan’s finest journalists, analysts and war correspondents

For almost ten years, Pakistani journalist and political/security analyst Rahimullah Yusufzai contributed his insightful articles to this magazine, offering his views from the ground on the evolving situation in Pakistan and Afghanistan.

So it is with deep sadness that we now include a short piece, not by him but about him, to mark his passing just one day before what would have been his 67th birthday.

Despite my admiration for him as a journalist, I cannot claim to know a great deal about Rahimullah personally, although I did once have the pleasure of meeting him in Goa. He was there to attend a conference, and I spent a few minutes chatting with him about the event and his work. What struck me most were his eyes, which were both warm and remarkably sharp, seeming to take in everything around him. He was 6ft 2in tall, with an equally big if quiet presence. And he certainly loomed large in his chosen field, where he was a progressive, fearless and always truthful writer.

Instead of the earlier bluster and braggadocio, Sri Lanka’s tone had dropped several decibels as it tried to meet the challenges posed at the Geneva session of the UNHRC

Rahimullah’s was a long and illustrious career, based on in-depth knowledge of the regions and issues he wrote about. He was among the first journalists to report on the Taliban, and knew Afghanistan intimately, having reported on the country since the 1979 Soviet invasion. He also frequently appeared on almost every news channel in Pakistan as an analyst, was the editor of Jang Group’s The News International at the Peshawar Bureau, and was an op-ed writer for the monthly Newsline. In addition, he served as Time magazine’s Pakistan correspondent, as well as working as a correspondent for the BBC’s Pashto and Urdu services in Pakistan’s Khyber Pakhtunkhwa province.

But perhaps his most notable achievements were his interviews with Afghan Taliban leader Mullah Omar, and with al-Qaeda founder Osama bin Laden, whom he interviewed twice in Afghanistan.

Indeed, Rahimullah was considered an authority on Afghan affairs and on the Federally Administered Tribal Areas (FATA) of Pakistan. Acknowledging his achievements in journalism, the government of Pakistan first awarded him the Tamgha-e-Imtiaz (Medal of Excellence) in 2005. He then received Sitara-i-Imtiaz Award (Star of Excellence) from the President of Pakistan for his achievement in the field of journalism on 23 March 2010.

One wonders what he would have had to say about the current situation in Afghanistan and the regional power struggle that is bound to ensue. We will be all the less enlightened for not knowing.But one thing that would most certainly have made him proud in his last days was the coming true of his ‘prediction’ of the Taliban’s victory at the start of their guerrilla offensive in late 2001,after the United States toppled their regime.

Rahimullah died of cancer on 9 September 2021, and among those offering their condolences to his family were Pakistan’s Prime Minister Imran Khan, Chief of Army Staff General Qamar Javed Bajwa, Awami National Party leader Asfandyar Wali Khan, and the Pakistan Federal Union of Journalists. A number of Taliban political figures, including the Anas Haqqani, also offered their condolences on different social media platforms.

We at Asian Affairs would like to add our own words of sympathy to the family, friends and colleagues Rahimullah leaves behind. The gap left by his own silenced words will be hard to fill.