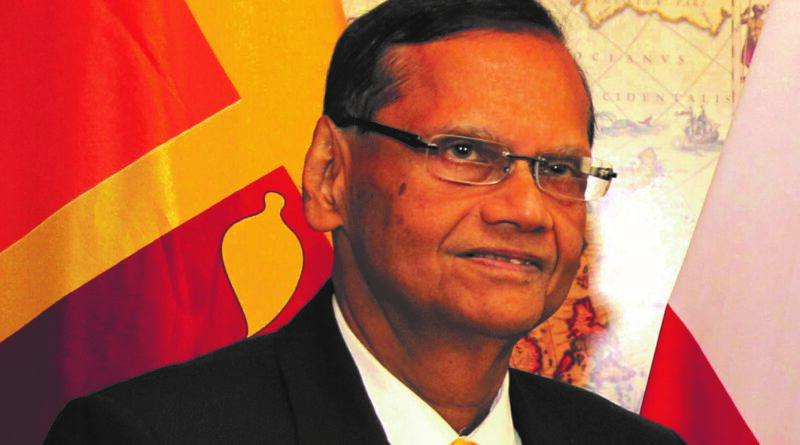 Stepping back, or side-stepping

How many, if any, in Sri Lanka’s ruling clan have read Lenin’s detailed work on ‘the crisis in our party’, one can only speculate.It seems unlikely that a more than century-old Russian history would interest them at a time when key issues facing the administrationmust surely occupy their collective mind.

But the title of Lenin’s 1904 work, One Step Forward, Two Steps Back– an oft-quoted saying even today – appears to have struck a bell somewhere as a workable tactic, if not a strategy, as the Rajapaksa government becomes increasingly hemmed in by a struggling economy. The crisis has been exacerbated by the continuing pandemic and international pressure demanding that Sri Lanka fulfill its pledges made to the UN by an earlier Rajapaksa administration, and obligations under international conventions and humanitarian law.

The UN High Commissioner for Human Rights is expanding her office with new staff to inquire into and collect information and evidence on Sri Lanka’s alleged war crimes and abuses of human rights, ahead of presenting another report to the Human Rights Council in March 2022, after the Council approved a tough resolution against Colombo last March.

Meanwhile, a special delegation from the European Commission is due in Colombo on 27 September, to assess the situation in Sri Lanka following a massive vote in the European Parliament, urging the Commission to consider suspending the GSP Plus trade concessions to Sri Lanka, which could be a hammer blow to the economy if it happens.

With international forces closing in on what they consider to be a recalcitrant government, the Rajapaksa administration has belatedly begun recalibrating its lopsided policies and presenting a less belligerent visageto the world.

Perhaps with Lenin’s advice in mind, the government – which initially took a decisive step forward, articulating a new foreign policy of neutrality –is stepping back to embrace once more the country’s time-tested policy of non-alignment.

Instead of the earlier bluster and braggadocio, Sri Lanka’s tone had dropped several decibels as it tried to meet the challenges posed at the Geneva session of the UNHRC

The government’s change of tack and retreat from its macho persona, previously displayed by some of its more loquacious ministers’ ill-timed and undiplomatic remarks, was visible last month for the first time since President Gotabaya Rajapaksa assumed office almost two years ago.Instead of the earlier bluster and braggadocio, Sri Lanka’s tone had dropped several decibels as it tried to meet the challenges posed at the Geneva session of the UN Human Rights Council, and later in President Rajapaksa’s address to the UN General Assembly and his bilateral meeting with the UN Secretary General, António Guterres.

Prof. GL Peiris, the new foreign minister returning to his old role in a mid-August cabinet reshuffle, appeared to present a more amenable face of appeasement in an attempt to win back old friends and influence the new at an array of meetings on the sidelines of the UN sessions.

But Sri Lanka’s neutrality proved a farce as it continued to antagonise powerful neighbour India, while its visible partiality to China isolated Colombo from the non-aligned world, as voting on the Sri Lanka-critical resolutions at the Human Rights Council showed.

Foreign Minister Peiris’s sideline meetings,which included officials of the Organisation of Islamic Cooperation, India and Indonesia, showed it had stepped back from its adventure into neutrality.

While reiterating that Sri Lanka’s sheaf of problems could only be solved through domestic mechanisms – a stance that separates Sri Lanka from the UN and human rights organisations that call for international participation – the president promised to invite the Tamil diaspora for discussions, presumably on the festering issue of post-war reconciliation and accountability, over which successive Sinhala-majority governments appear to drag their feet.

But involving the Tamil diaspora in reconciliation talks is easier said than done. There are numerous Tamil organisations across Europe, the UK, Canada and the US, and smaller groups of Sri Lankan Tamils or supportive groups in India, Malaysia, Singapore, South Africa and Australia. They are not of the same mind and represent a wide spectrum of views, from the moderates to extremists clamouring for secession, pursued by the Liberation Tigers of Tamil Eelam (LTTE) that fought a near-three decade war and was militarily defeated in May 2009 by the then President Mahinda Rajapaksa’s government.

Gotabaya Rajapaksa was then a bureaucrat heading the defence ministry.There was no love lost between him and sections of the Tamil diaspora that collected funds for or coerced Tamil families to contribute to the LTTE war chest.Some of these organisations and some 300 persons were proscribed under the terrorism law only six months ago by the Gotabaya Rajapaksa administration. Exactly 11 years earlier,elder brother Mahinda Rajapaksa proscribed 16 Tamil groups and over 400 individuals.

Some diaspora groups, such as the Global Tamil Forum (GTF) and the UK-based Non-Resident Tamils of Sri Lanka (NRTSL), welcomed the presidential move. But the GTF wondered at Gotabaya’s ‘sudden change of mind’, while the NRTSL seemed supportive only of ‘open, transparent and sincere engagement’.

But there are sceptics among the Tamils, who consider this is a ‘diversionary move’ to take the increasing international heat off the government, with the European Union, the UK and the US bearing down on it.

Even the usually moderate GTF, which has welcomed the move, has raised some pertinent issues while speaking to India’s respected The Hindu newspaper. GTF spokesman Suren Surendiran asked why the president is dodging discussing these issues with the democratically-elected Tamil parliamentarians in Sri Lanka.

When requests are made by these representatives of the Tamil people in Sri Lanka to meet with the president, they are ‘deferred with flimsy excuses;, Surendiran said, pointing out that in June the president was due to meet the Tamil National Alliance(TNA) but he never did and no new date was set.

With the Sri Lankan Tamils ethnically, culturally and linguistically related to the 80 million or so Tamils in India’s southern Tamil Nadu state, just across from Sri Lanka, India’s concern over Sri Lanka’s inter-communal relations cannot be ignored or minimised, especially since it is a party to the Indo-Sri Lanka Accord of 1987.

If President Rajapaksa’s outreach to the Tamils abroad is genuine and opens a new narrative of reconciliation, how will the powerful phalanx of Buddhist monks and the ultranationalist Sinhala Buddhists,who backed Gotabaya for presidency, react to this extended hand? Will they support any concessions to the Tamil community or will Rajapaksa be caught in a cleft stick?