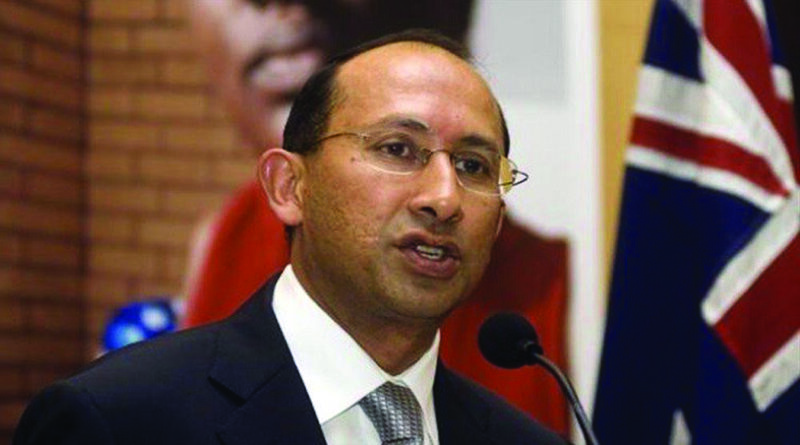 With the emergence of a new Indo-Pacific trilateral pact, security has been strengthened in the region but some partnerships are under strain.  G Parthasarathy reports

Concerns have grown substantially during the past two decades over what is described as  China’s  growing ‘assertiveness’ across the Indian and Pacific Oceans, in what is described, as the Indo-Pacific region. These concerns increased with the readiness of China to use coercion, and even force, to fulfil its unilateral territorial demands on virtually all its maritime  neighbours, ranging from Japan, the Philippines and Vietnam to Indonesia, Brunei and Malaysia. China also arbitrarily rejected the ruling of an International Tribunal on its maritime boundaries with the Philippines. Coercion was used against smaller states, whose only demand was to demarcate maritime boundaries, in accordance with international law.

As well as unease about China’s behaviour, arising from territorial issues, disquiet has grown across the Indo-Pacific region regarding Beijing’s propensity to takeover ports in the region, when countries cannot repay their debts for projects implemented by China. Sri Lanka, for example, was compelled to hand over its Hambantota Port due to its inability to repay Chinese loans for construction of the port. Even Pakistan, which is heavily dependent on Chinese aid, is now being careful to avoid getting into a Chinese ‘debt trap’. India, on the other hand, has settled its maritime boundaries with all its neighbours, ranging from Japan,Indonesia, Thailand and Malaysia to Sri Lanka, the Seychelles and the Maldives. The only differences that remain for India are with Pakistan. Both countries have, however, taken measures to ensure that no tensions arise, as a result of these territorial differences.

Australia will now build eight nuclear submarines indigenously, with US and British support

After years of negotiations, India, Australia, Japan and the United States decided to come together in a ‘Quad’, to counter growing Chinese ‘assertiveness’ in arbitrarily expanding its maritime frontiers, and its disregard for international law. The Quad is, however, not just about maritime security. The four partners are also collaborating to expand cooperation in dealing with the coronavirus by increasing the production of vaccines in India, as well as issues of technological innovation and supply-chain resilience. It has taken nearly a decade for Quad members to build this framework, which has involved a spirit of give-and-take.

Finally, the Quad is according the highest priority to ensuring the security of sea-lanes, by expanding maritime cooperation through regular joint exercises and deployments across both the Indian and Pacific Oceans.

The Quad has sought to expand maritime cooperation with both the UK and France, with periodic maritime exercises across the Indian and Pacific Oceans. But, even as members were preparing for the forthcoming Quad Summit, Australia announced the establishment of yet another Indo-Pacific security grouping, a trilateral pact comprising itself, the US and the UK –known as AUKUS –to strengthen the security of the sea lanes in the Indo-Pacific. The most important aspect of this grouping is that an agreement was reached for the US and the UK to jointly provide the wherewithal for Australia to produce eight nuclear submarines to meet maritime challenges from China. During negotiations, France, which had been awarded a $40 billion deal to modernise Australia’s submarines, was informed that the deal was cancelled. Unsurprisingly, France consequently withdrew from a scheduled meeting of its Foreign Minister with his Indian and French counterparts.

Crying foul, France also withdrew its Ambassador from Canberra. Australian Prime Minister Scott Morrison responded by asserting that France should recognise its own shortcomings in fulfilling the terms of the submarine contract. The widespread impression, however, is that Australia had signed a significant contract for submarines from France, and has reneged on its commitment. Australia will now build at least eight nuclear submarines indigenously, with US and British support. The rationale for this decision was given by Peter Varghese, Australia’s former Foreign Secretary, who said: ‘I hope they [France] understand what a new cold war means. It means a radical reordering of the global economy, to decouple it from China, which is the largest trading partner of most countries in the world.’

India has avoided commenting on the issue, despite its interest in strengthening defence cooperation with France, which has been a very reliable partner. France has also taken an interest in deploying its navy for joint exercises in the Indian Ocean with friendly countries including India, and has long term interests in the Western Pacific, which India respects. In these circumstances, New Delhi will be looking carefully at the emerging strategic ties in the Indo-Pacific, after the Quad’s Washington Summit. The Quad is all set to enhance economic cooperation  to deal with vaccine shortages in many countries in the region, and there is agreement in the Quad on what needs to be done to move towards the emergence of a democratic, peaceful and inclusive Afghanistan.

India is committed to strengthening cooperation in the Quad to deal with challenges posed by China across the Indo-Pacific region. But there is also disappointment at the manner in which the Biden administration withdrew American forces from Afghanistan, leaving a triumphant Taliban celebrating how it had virtually brought the US to its knees. India has, however, placed considerable importance in exchanging views with Afghanistan’s neighbours, notably  Iran and Tajikistan, to work jointly, as in the past, in dealing with Afghanistan.