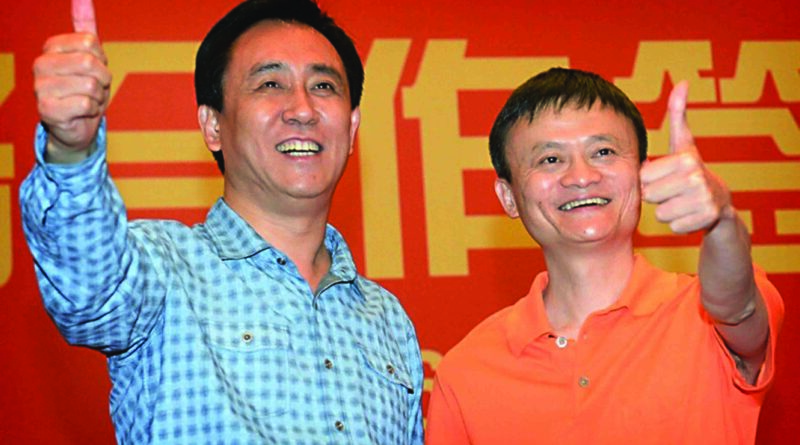 With the Chinese economy facing spiralling debts and the aftermath of a housing sector collapse,  Yvonne Gill considers how the CCP will navigate the crisis

Miracles can happen once, never to be repeated. Such could be said of the boom years for China, often described as the Chinese economic miracle, which now seem to be leading to a big bust. It is one that is being played out in the Chinese realty sector – a significant contributor to China’s growth – alongside widespread power shortages, soaring international prices of raw materials and an imminent financial crisis, with the state-controlled banking sector’s bloated bad debts at their peak.

No wonder, then, that the Chinese Communist Party (CCP), led by Xi Jinping, is harking back to Mao’s playbook of revolutionary demagogy, so that Xi’s supremacy and the CCP’s one-party dictatorship remains unchallenged and popular unrest is effectively contained.

Having witnessed spectacular growth over the last two decades, the Chinese economy is the world’s second biggest, after the US. Yet some 40% of Chinese people still slog to earn a meagre 1,000 yuan (£115, or $150) a month. They remain helpless spectators to the obscene displays of wealth by a class of super-rich entrepreneurs, their managers and technocrats, not to mention corrupt party bureaucrats. Xi and his men, however, perceive a bigger threat from the prosperous sections of society, particularly those responsible for the Chinese economic miracle who are now enjoying the fruits of the country’s unprecedented growth, although in cahoots with the same CCP elite that is now itching to rein them in. Today, China’s neo-rich pose an ideological dilemma: has China abandoned socialism to tread the path of capitalist development?

Shockwaves from the collapse of the real estate behemoth China Evergrande Group – which owes over $300 billion to banks, international and domestic bond-holders, suppliers, employees and other creditors – are being felt across different sectors of the Chinese economy, as well as in the financial markets in Hong Kong, London and New York. With Evergrande unable to meet scheduled repayment deadlines of its massive debt, several companies and banks are staring into the face of a crisis that can be redeemed only if the government comes to the company’s rescue. Its ‘Jambo Fortune’ dollar bonds have turned into junk for bond-holders, as Evergrande failed to pay the principal on maturity of the high-yield bonds on October 3.

While the global cement, steel, copper and other building materials exporters are bracing themselves for a sizeable fall in prices and demand, China’s housing sector is experiencing a reversal of the past several years’ steep rise in property prices. This has adversely impacted middleclass householders, who invested their hard-earned money in real estate, often borrowing from banks to do so. And, one after another, other Chinese real estate developers are dropping like flies, having followed Evergrande’s pattern of excessive leveraging and overvaluing their assets to obtain massive loans, misusing the funds for speculative gains in the share markets, and other dubious investments.

What made Evergrande chairman Hui Ka-yan China’s second richest man after Alibaba’s Jack Ma, till sometime ago, was the housing Ponzi scheme, initiated by none other than the CCP, way back in the 2000s. ‘Build, build and build some more’ was the mantra as the real estate sector become an engine of growth, contributing around 29% to China’s GDP.

The CCP-sponsored Ponzi scheme, under then President Hu Jintao, was simple. Builders would acquire cheap lands, away from commercial-industrial zones (even abandoned plots of polluting industrial units, as was case with Evergrande in its initial days) and pledge the same at higher valuations to state-owned banks. With restrictions on home ownership removed by the communist government, the high-income group began to queue up to buy houses, and rates soared 7-8% every year. This in turn meant higher valuation of assets and more loans to developers, who went on a construction binge. Thus began a vicious cycle of taking out more loans to pay back previous ones. The companies’ debts became so bloated that they resorted to issuing junk bonds with yields as high as 15% to service their debts, until recycling of credit became unsustainable. The likes of Hui made big money by diverting the borrowed funds towards speculative stock market operations.

Evergrande also splurged on buying a soccer team and setting up a $185 million soccer school, supposed to be the world’s biggest. The group has invested in ventures as diverse as electric vehicle manufacturing, food and beverage businesses and exotic theme parks. One of its star projects is the under-construction $24 billion Ocean Flower Island, an artificial three-islet archipelago off the north coast of Danzhou, Hainan, with 58 exotically-designed hotels offering ‘7-star’ facilities.

The thoroughly corrupt CCP bureaucracy, its lack of transparency and accountability, have been primarily responsible for giving a free hand to China’s neo-rich elite, whose projects were liberally financed by state-owned banks and subsidised against foreign competition in different ways. There have been rumblings in the lower ranks of the party against the accumulation of wealth in the hands of the few, and the rapidly growing class differences. Xi has shrewdly used these dissenting voices to settle scores with his rivals in the CCP, but has hardly ever remedied the underlying causes.

However, the CCP realises that, with economic liberalism throwing up powerful barons, the very foundations of one-party autocracy and the concept of a ‘supreme leader’ could be threatened; for economic liberalism also calls for a liberal democratic political system. The information revolution and economic globalisation have made it difficult to insulate Chinese society from liberal Western influence.

So, Xi and his men are going back to basics – that is, ‘Socialism with Chinese characteristics’. A backlash has been unleashed against the very same cronies – Jack Ma’s and Hui’s – who were nurtured by the party bosses and subsidised by the state exchequer to capture markets at home and abroad. Many billionaires, including Jack Ma, disappeared from public sight, while curbs were placed on fund-raising in the international markets by major tech, entertainment and fintech companies: Alibaba, Tencent, and even the cab-hailer service, DiDi, and online education and gaming companies.

Evergrande was still going about its extravagance even after the CCP brass began tightening banking norms to curtail the dubious borrowing spree a few years ago. Dozens of regulations such as the ‘one house per family’ limit, and a five-year no-sale period, were also imposed to cool down prices and make housing affordable. Things, however, came to a head this year, with the economy facing fresh challenges and the demand for housing hitting a new low. Some 30 million apartments in China remain unsold. Buyers who have already paid initial amounts to builders like Evergrande are unsure whether they will ever be able to move into their new apartments. It is a strange case of scarcity amidst plenty.

The cascading effect of the housing sector collapse will be seen over time on the state-owned banking sector, heavily exposed to excessively-leveraged lending to developers and, worse still, in the form of retail loans given to buyers. But the real elephant in the room is the massive $8.2 trillion of local government debt, accumulated over the years in the form of Local Government Financing Vehicles (LGFV), used to raise money for infrastructure development, post-2008 financial crisis. This amounts to a gigantic 52% of China’s gross domestic product.

An analyst has compared the present situation with a train crash in slow motion, or the building up of events that could finally culminate in an economic disaster such as China has not seen over the past several decades. The crackdown on China’s fastest growing companies, knee-jerk regulatory measures, shortages and an energy crisis have not only shattered investor sentiments, but could also force multinational companies to shift their manufacturing operations to India, Vietnam and Bangladesh.

Xi’s militaristic belligerence and the diversion of resources to competitive technological R&D and military build-up could do more harm to the now moderately prosperous China than bringing about ‘common prosperity’, which President Xi and the CCP have been peddling to reassure the not-so-prosperous masses of the party’s commitment to socialism, Chinese style.