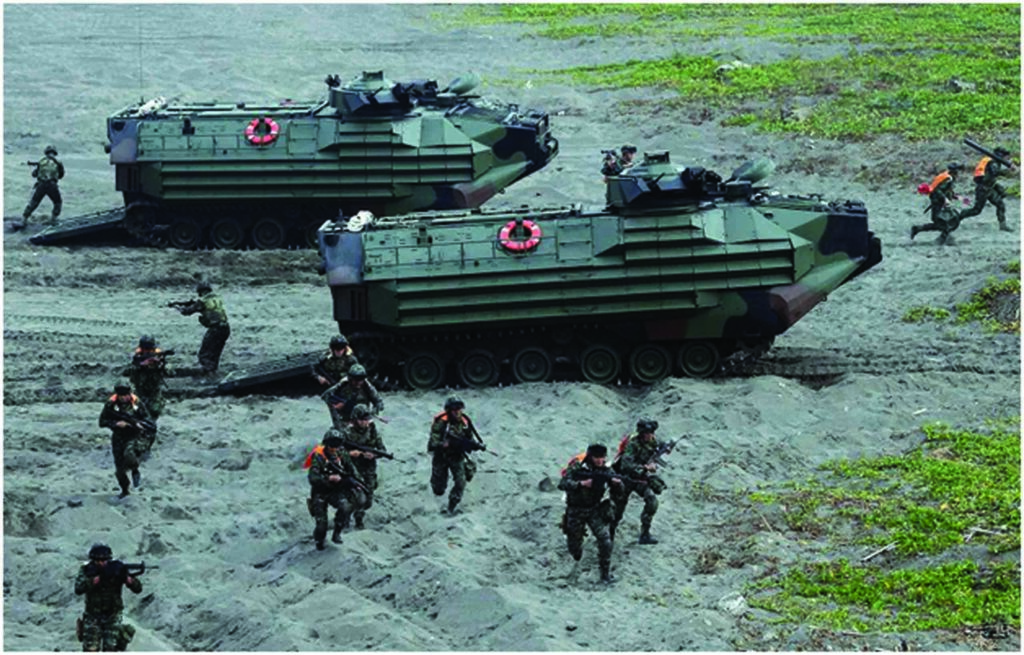 Your writer Yvonne Gill provided a useful mapping of the recent evolution of Japan and Taiwan’s military cooperation (Defense drills and deterrence, October 2021). The article left me with the impression that China is a brutish nation which seems to be purposely antagonising its neighbours, needlessly and simultaneously. Rather than appear like a clever chess player, China looks short-sighted and clumsy.

To me this raises the issue of the ‘strategic ambiguity’ policy of the United States. I believe its primary purpose is to restrain Taipei from declaring unilateral independence and thus risk dragging the US into a conflict with China. Nevertheless, Chinese generals should assume that the US military would seek to repulse an attempt by the PRC to annex Taiwan.

The strong alliance between the US and Japan is a pillar of foreign policy for both nations. The increasingly close links between Japan and Taiwan are thus significant. But in my opinion, this does not make Taiwan safer, especially from China’s domination of the lower rungs of the escalation ladder, including perhaps taking another island, such as Pratas, which is defended by a Taiwanese garrison.

Moreover, there are constitutional constraints on Japan’s Self Defence Force, as Gill points out. Tokyo’s support may therefore not really strengthen deterrence. Furthermore, a closer defence pact between Tokyo and Taipei could be provocative to Beijing. Gill considers an attack by China on Taiwan as ‘probable’; I think the United States needs to consider how actions by our allies in the Indo-Pacific could risk turning this dire warning into a self-fulfilling prophecy.

Thank you, Asian Affairs, for the informative virtual discussion hosted by your sister organisation The Democracy Forum, on prospects for women’s/human rights under the Taliban. It was a knowledgeable, balanced panel that brought important issues to the fore, most notably the changes in Afghan women and society that will hopefully override the discernible lack of change in the Taliban.

Respect to the Forum, too, for including some impressive Afghan speakers – as one of the other participants, Dr Christine Fair, pointed out, every panel on Afghanistan that does not include Afghan voices is ‘facilitating their oppression’, as outsiders ‘should not be interlocuting on behalf of Afghans’.

It was a pleasant surprise for a person like me to read an insightful article on the Maldives in Asian Affairs online magazine (‘Endangered paradise’, September issue). I live in Maléand am worried about the poison of Islamic fundamentalism being spread among innocent people – what is correctly described as a ‘toxic cocktail of Jihadi Islam’. The worst thing is that our leaders, too, are playing with fire.

We have very close ties with India, both cultural, educational and economic. Most of our exports go to India. We have benefited from so many schemes and scholarships provided by the Indian government. I too completed my masters at Madras University and was very well looked after by the Chennai people.

The main forces being these jihadis are criminal elements. They want to destroy our beautiful paradise on Earth and turn it into hell. Thanks for drawing the attention of the world to our problem.

Be careful what you wish for

It was an interesting article in your October magazine about Iran trying to tread a fine balance between pleasing its Shi’a brethren, the Hazaras, and forming some kind of relationship with the new Taliban Government (‘Dancing with the Devil’ by Richard Gregson).

The American defeat in Afghanistan may make Iran believe this will lead to further setbacks for the US across the Middle East. But there is more to the story. Even though Iran gave support to Taliban in their takeover of Afghanistan, especially as it was a defeat for Iran’s old enemy America, as your writer indicates, Tehran is now getting more worried about the direction the new regime is taking.

A big worry is that Kabul fell into the hands of the Haqqani network, a sub-section of the Taliban that has never enjoyed good relationship with Iran. The network has a reputation of being hostile to Shi’a Muslims, and it seems it will not be long before disillusionment sets in for Iran.

So we must take note of the old adage: be careful what you wish for. It may not be what you hoped.