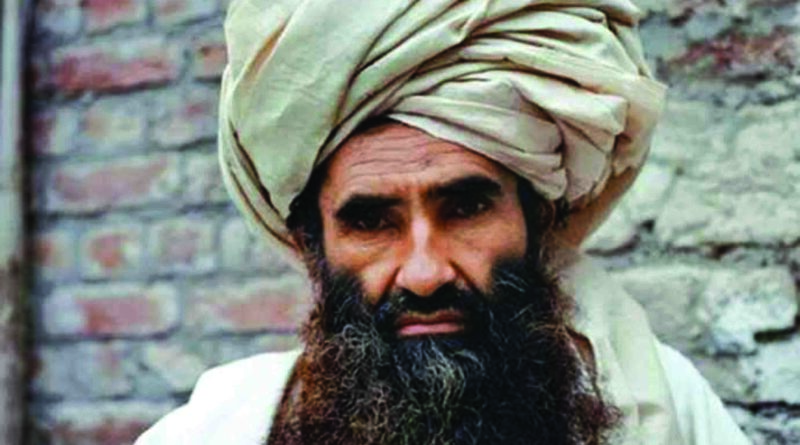 Amidst violence and uncertainty in Afghanistan, G Parthasarathy assesses the responses of regional and international powers

US President Joe Biden hosted the Quad Summit in Washington DC on September 24, which was attended by the Prime Ministers of India, Australia and Japan. Both Houses of the US Congress were then engrossed in heated debates over what was widely agreed to have been an ill-timed and badly planned evacuation of American nationals and armed forces from Afghanistan. There was scathing criticism, by members of both the Democratic and Republican Parties, of the clumsy withdrawal of the troops. Similar anger was expressed at the role of Pakistan, which allegedly provided support, including safe havens, weapons and equipment, to the attacking Taliban forces.

Pakistan, however, appeared to be prepared to advertise its role in the Taliban offensive. The  Chief of Pakistan’s Inter-Services Intelligence (ISI), Lieutenant General Faiz Hameed, arrived in Kabul at virtually the same time as moderate leaders in the Taliban government were being eased out of office, to be replaced by hardcore Islamists like Interior Minister Sirajuddin Haqqani and Defence Minister Maulvi Mohammed Yaqoob. Lt-Gen Faiz Hameed’s Kabul visit, just ahead of the new Afghan government’s formation, was evidently to ensure that the ISI had direct control of the new administration’s security policies, even as the US was leaving the country. With women being ruthlessly persecuted and all opposition crushed, 22 enraged US Senators moved a Bill, calling for an investigation into, and assessment of, Pakistan’s role in fomenting Taliban terrorism in Afghanistan and elsewhere.

There are concerns in India about the prospect of the Afghan Taliban joining the ISI, in order to coordinate measures for violence and terrorism, particularly in Jammu and Kashmir. Sirajuddin Haqqani is now the de facto ruler of the Pashtun areas in Pakistan and Afghanistan, across the Durand Line. Given the thousands of weapons surrendered to the Taliban by the erstwhile Afghan National Army, there will be no dearth of arms and ammunition available for pushing an infiltration of militants, and for escalating armed insurrection in Jammu and Kashmir. India is, meanwhile, busy preparing for such an eventuality, which would inevitably heighten tensions in South Asia.

Even as hectic diplomatic efforts continue by Pakistan and China to secure international recognition of the Taliban government, there is growing realisation across the world that the people of Afghanistan are going to face a very tough winter, marked by acute shortages of food and medical supplies. India has had considerable experience in arranging such supplies to Afghanistan in recent years; but it would have to be assured that such supplies are distributed equitably, without any pilfering or corruption. In the past, India has used international organisations to arrange for transportation of such essential supplies to Afghanistan. International supervision of the movement of relief supplies is essential, as donors naturally want to ensure their donations reach the intended recipients.

Matters are not helped by the fact that there is no responsible government in Afghanistan that enjoys nationwide support, since the advent of Taliban rule has been accompanied by vicious attacks on Shia and Sikh places of worship.

The Washington Quad Summit asserted that Afghan territory should not be used to threaten terrorist attacks against any country, and denounced the use of terrorist proxies to mount attacks on other countries. These developments came even as the Taliban took control of a province near the border with Tajikistan, reportedly with air support from the Pakistan Air Force. The Summit also emphasised the importance of denying any logistical, financial or military support to terrorist groups, which could be used to launch or plan terrorist attacks, including cross-border attacks. This provision addresses India’s concerns about Home Minister Sirajuddin Haqqani arming and using his forces and allies to attack targets in India. The Haqqani Network has close ties with UN-designated Pakistani terrorist outfits, such as Lashkar-e-Taiba and Jaish-e-Mohammed.

There is also growing international concern about sectarian tensions within Afghanistan. According to a 2021 survey, Pashtuns constitute around 42% of the population, the Tajiks 27%, the Shia Hazaras 9%, and the Uzbeks 4%, with other groups including the Baloch and Turkmen. The Taliban are almost exclusively Pashtun Sunni Muslims, while the Hazaras, who are Shia, enjoy strong support from Iran and the Tajiks have the sympathy and support of their brethren in nearby Tajikistan, which, in turn, enjoys Russian military support. The Taliban, therefore, is now finding itself increasingly isolated within Afghanistan. Moreover, it is no secret that Pakistan has ensured that most important positions in the present Taliban government are occupied by radical fundamentalists, even amongst the top leadership. The former de facto Prime Minister Mullah Baradar, a moderate, has been sidelined, and is now just one of three acting Deputy Prime Ministers.

While Pakistan and China have been pushing hard for recognition of the Taliban government by the international community, even most Islamic countries are moving cautiously on the subject. The strongest resistance to early recognition of the new government has come from Iran and its Central Asian neighbours, notably Uzbekistan, Tajikistan and Turkmenistan. Even major powers in the Arab world, including Saudi Arabia, the UAE, and Egypt, have not recognised the Taliban government. As for Russia, it is torn between the desire not to offend China, which favours early recognition, on the one hand, and nervous Central Asian allies like Tajikistan, on the other. Even Turkey has not recognised the new regime, and has chosen to bide its time.

India’s External Affairs Minister S. Jaishankar held extensive discussions with leaders of Central Asian countries and Russia during the recent Summit of the Shanghai Cooperation Organisation. In discussions during the Summit, he ensured that the international community’s cautious stance vis-à-vis recognition of the Taliban government enjoys regional support, particularly that of Afghanistan’s Central Asian friends. Sadly, it is the people of Afghanistan who will suffer most, amidst all these developments in their immediate neighbourhood.