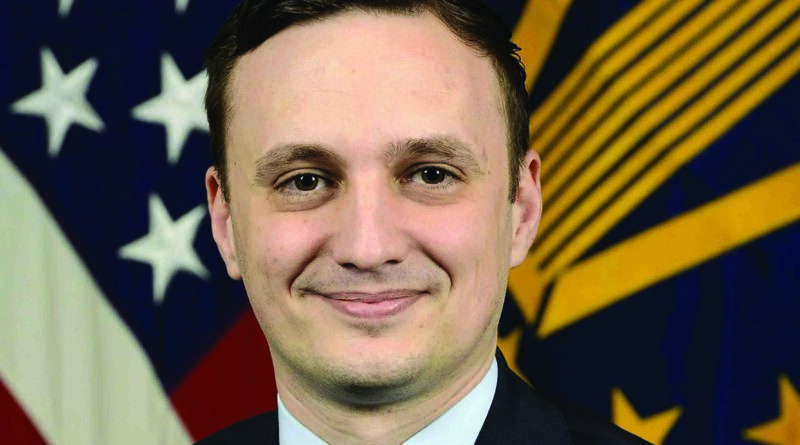 The CIA and the FBI are stepping up their efforts to protect the United States from cyber attacks. But, according to one ex-Pentagon official, the US is losing the technological race with China. Sam Kessler reports

The battle for long-term technology dominance in the 21st century appears to be in China’s favour, according to Nicolas Chaillan, who recently resigned his position as the US Air Force’s first software chief.

Chaillan has publicly raised the alarm regarding the current, and prospective, state of US cybersecurity and its ability to hold a technological competitive edge over China.

‘We have no competing fighting chance against China in 15 to 20 years,’ he told the Financial Times.‘Right now, it’s already a done deal; it is over, in my opinion.’

This disquieting point was also pressed home in Chaillan’s interviews with other international media outlets, and in meetings with politicians and think tanks in Washington.

His key criticism of the Pentagon is that it has placed too great a dependence on conventional military assets, such as fighter jets, tanks, and missile systems, at the expense of developing advancements in artificial intelligence, machine learning and cybersecurity capabilities, which is what Beijing has been doing all along.

For Chaillan, the consequence is clear: ‘whoever dominates in artificial intelligence will control the world’.

With a background in the software industry, Chaillan claims he wanted to help the Pentagon build better systems. However, in his LinkedIn post announcing his departure, he said that ‘the DoD 9US Department of Defence) should stop pretending they want industry folks to come and help if they are not going to let them do the work. While we wasted time in bureaucracy, our adversaries moved further ahead’.

The CIA`s past record on China has been patchy

He added: ‘If the US can’t match the booming, hardworking populations in China, then we have to win by being smarter, more efficient, and forward leaning through agility, rapid prototyping and innovation. We have to be ahead and lead’.

(As an aside, it is interesting to note that LinkedIn closed most of its operations in China in October 2021, amid a row over Chinese censorship.)

The concerns raised by Nicolas Chaillan reflect the ongoing challenge facing the US defence and intelligence community in its mission to secure a continued competitive advantage in the technological realm.

One of his warnings relates to cyberattacks. He claims that the cyberdefences of some US departments are at ‘kindergarten level’ when compared to the highly secure systems of the Chinese government.

In September 2021, the Treasury Department announced a series of steps aimed at combatting the growing number of ransomware attacks targeting companies and organisations across the country.

One example earlier this year was when the American oil pipeline system that carries gasoline and jet fuel, mainly to the south-eastern United States, suffered a ransomware cyberattack, in which $5 million was paid to the hackers, before it was recovered in cryptocurrency by the FBI.

The FBI is also investigating the so-called Solar Winds cyberattack, where Russian hackers compromised the systems of numerous companies and government agencies such as the Department of Homeland Security, the US Treasury, the State Department, and the Department of Defense itself.

The challenges were addressed by Secretary of Defense Lloyd J. Austin III in July, after the Senate approved $250 billion in funds geared towards semiconductor production and artificial intelligence, as part of the United States Innovation and Competition Act.

Lloyd Austin said: ‘We’re going to compete to win, but we’re going to do it the right way. We’re not going to cut corners on safety, security, or ethics.’

However, the world of AI and machine learning is evolving at such a rapid pace, it will be hard for the US to catch up if it falls behind its competitors in this field.

The CIA recently announced that it will reorganise its structure with the creation of a new China Mission Centre, which will devote more resources to the Asian giant. The goal is to gain a comprehensive picture of China’s intelligence and counter-intelligence capabilities.

However, the CIA`s past record on China has been patchy. This was particularly apparent in 2010, when it was reported that its spying operation in China had been systematically dismantled by the Chinese government as a result of several breaches in its classified communications systems and networks.

At the time, it was considered one of the worst breaches in decades, according to intelligence officials. Technological advances since have made it significantly harder for the CIA to conduct operations in China, where the authorities use surveillance cameras and facial recognition software to seek out spies.

One of the goals of the Biden administration is to rally more friends and allies to the cause of challenging China. This approach has led to the establishment of the new AUKUS agreement between Australia, the United Kingdom, and the United States, which will enhance submarine capacity in the Indo-Pacific.

As well as the naval pact, the agreement also creates deeper technological and cybersecurity partnerships between the countries. This raises the question of interoperability, or the ability of the nations to jointly fight as a single force. The US, the UK and Australia are long-term allies and in order to counter China`s advance in cyberspace, they must continue to work together closely.

Sam Kessler is a writer, analyst, and consultant with a global security, geopolitics, and business/finance background. He is a Geopolitical Advisor for the multinational risk management company North Star Support Group. Sam also has an M.A. in National Security and Intelligence Analysis from American Military University. He can be contacted via his website at www.samkessler.com