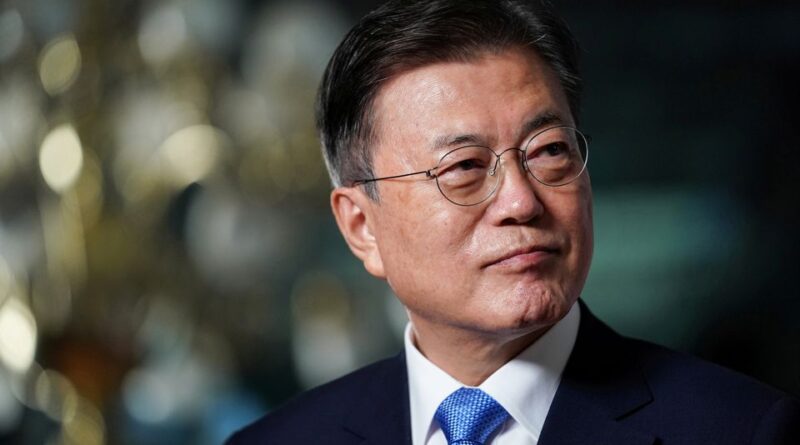 A force to be reckoned with

Richard Gregson  assesses the factors behind the LDP’s retention of power in Japan, and how it reflects an anti-China undercurrent that is coursing through East Asia

Bucking anti-incumbency, Japan’s Liberal Democratic Party (LDP), led by Fumio Kishida, is in power once again. The LDP won an absolute majority of 261 seats in the lower house of Parliament, albeit below its pre-election strength of 305. Its junior coalition partner, Komeito, bagged 32 seats, three more than its previous tally. The ruling coalition now has a comfortable majority of 293 in the house of 465 legislators.

In the face of a united opposition and problems of governance during the Covid-19 crisis, Kishida’s was a hard-won electoral victory. There is a raging debate among analysts as to what helped the LDP retain power. Although the opposition Constitutional Democratic Party of Japan (CDP) teamed up with the Japanese Communist Party (JCP) and other smaller parties, and made populist poll promises, the seat arrangement in 210 districts, it is argued, didn’t go well. The CDP ended up with 96 seats, down from 110 seats, and the JCP faced the worst defeat. The voter turnout of 55.93 per cent, one of the lowest in several decades, could have helped the LDP; but then, the ruling party lost many single-seat constituencies, including those of ministers and the party general secretary Akira Amari. A factor most poll analysts seemed to have failed to take into account was the undercurrent of growing anti-China sentiment, which could have given the LDP an edge against the left-leaning united opposition.

Kishida is an open advocate of arming the Japanese Self-Defence Force with offensive weapons to meet the challenge posed by China in the region. He has been reiterating his commitment to the Quadrilateral Security Dialogue (Quad) and is unequivocal about cracking down on patent theft by Chinese companies. He believes that Japan, in collaboration with the US and other countries, should stand up against all authoritarian regimes in the region.

There is a consensus in Tokyo that China is a problem and a threat, says Robert Dujarric, director of the Institute of Contemporary Asian Studies at Temple University in Tokyo. ‘Some see it as an enormous and imminent danger; others might be somewhat less concerned, but that doesn’t mean they see Beijing as a benign actor.’

The Japanese election results, if assessed in terms of the small but decisive edge the LDP gained for its conservative anti-China stance, could be a forewarning for politicians in South Korea and the Philippines, whose leaders have been playing a balancing act between China and the US, going soft on their large Communist neighbour – a policy that might boomerang when both countries – whose incumbent presidents’ terms in office have expired – go to the polls next year. China is one common problem both face, while historical animosity towards Japan, whose occupation forces committed some of the most brutal atrocities in the Korean peninsula, complicates the poll campaign and issues that could sway the outcome in South Korea.

Anti-China sentiment has been growing in South Korea since the Covid-19 pandemic broke out in Wuhan. Previously, North Korea and Japan were considered the main threats to South Korea, with a 2019 poll by news website Sisa In indicating that, for South Koreans, Japan was the least favoured nation. The people were also concerned about North Korean nuclear weapons and the rise of militarist far-right movements in Japan that hark back to the glories of the country’s imperial past – this notwithstanding the maritime territorial disputes with China and its ever-aggressive illegal fishing operations in South Korean waters.

However, a poll conducted by the same website in June this year shows China as the least favoured nation, well below arch-enemy North Korea, and former aggressor Japan. On a 0-100 scale, China got a rating as low as 26.4, compared to 28.6 for North Korea and 28.8 for Japan. The US came out as most favoured, with a rating of 57.3. To a query as to which country was ‘good’ or ‘evil’, 58.1 per cent of people branded China as ‘evil’. Just 4.5 per cent said it was ‘good’.

Mistrust for China has been growing, with a belligerent CCP government imposing sanctions on South Korea following the deployment of the THAAD air defence system, in view of the North Korean nuclear threat. Recent Chinese attempts to show Korean culture as part of Chinese heritage have also been widely resented. Not only have the Chinese attempted to depict Korean folk icons as their own, they have also been depicting some well-known Korean dishes as Chinese cuisine. Yun Dong-Ju, popular for his poems extolling Korean identity and culture, is portrayed as ethnic Korean-Chinese by Chinese online platforms because his birthplace happened to be Mingdong, a village located in China’s Jilin province. Such attitudes are viewed as Chinese ‘cultural imperialism’ by the Koreans.

But President Moon Jae-in has followed a policy of strategic ambiguity, maintaining a fine balance between China and the US (with which South Korea has had a long-term security engagement). While ensuring that its economic ties with China remain intact, his government sided with neither Washington nor Beijing over critical issues like the pro-democracy movement in Hong Kong, the Taiwan Strait dispute or the gross human rights violations in Xinjiang. Moon has also stayed away from the Quad.

With just a few months left before the polls, the scenario is already reflecting the changing perception about China. The opposition People Power Party (PPP) presidential candidate Yoon Seok-youl has stated that the alliance with Washington and the US ‘nuclear umbrella’ is a national priority. Favouring joint military exercises, Yoon has declared that, if elected, he will call on the US to redeploy tactical nuclear weapons, something China considers highly provocative. The PPP leader has also pledged to join working groups of the Quad and even consider becoming a partner of the alliance. Terming COVID-19 ‘the Wuhan virus’, Yoon has lashed out at the Moon administration’s failure to take preventive measures by restricting arrivals from China after the outbreak of the disease.

Neighbouring Philippines is also witnessing an upsurge of anti-China feeling. President Rodrigo Duterte, notorious for his extra-judicial anti-drug vigilante killings, has not only been soft towards Beijing but has conveniently overlooked the aggressive build-up of Chinese military facilities on reclaimed islands in the South China Sea and illegal fishing by Chinese trawlers and large fishing vessels in the Philippines’ territorial waters. Worse, he made no attempt to stand up for the enforcement of the 2016 international tribunal ruling, rejecting China’s claims to sovereignty of the Spratly Islands. Duterte has tried to systematically undermine the long-standing cooperation with the US, the only military power that has the capability to challenge Chinese expansionist designs.

Duterte, who faces an International Criminal Court’s inquiry into killings during his anti-narcotics campaign, wanted to field his daughter Sara Duterte in the forthcoming election, but she decided to run for the vice-presidency. This has, for the time being, left the field open to another dynastic presidential candidate, Ferdinand ‘Bongbong’ Marcos Jr, son of the former dictator, Marcos, who is now leading the race – although a factor of uncertainty is the threat of his being disqualified for a past tax evasion conviction.

Manny Pacquiao, an ambitious boxer-turned-politician, who was thrown out of the party after he criticised President Duterte for his dovish China policy, is also in the presidential race and may emerge as the dark horse in the event of Marcos Jr’s disqualification.

There is a general disdain for Chinese aggressive policies in the South China Sea, which have adversely affected the livelihood of Filipino fishermen, as they are unable to compete with the large Chinese fleet of fishing boats and ships crisscrossing the Philippines’ territorial waters. The country’s top bureaucracy and the defence establishment hope that the new incumbent in Manila will not succumb to Beijing’s dictates, while officials have been trying to ensure that the armed forces don’t lose their fighting capabilities. The Chinese have been rattled by the growing military cooperation between South Korea and the Philippines. A group of Philippines military and defence officials visited South Korea recently to negotiate the purchase of rocket systems and an anti-submarine warship. A decommissioned South Korean warship might shortly join the Philippines navy.

Being the largest recipient of its military assistance in the Indo-Pacific, the Philippines can play a pivotal role in being part of a larger alliance so that the region maintains a rule-based international order. South Korea and the Philippines, together with the Quad, could become a force to be reckoned with.