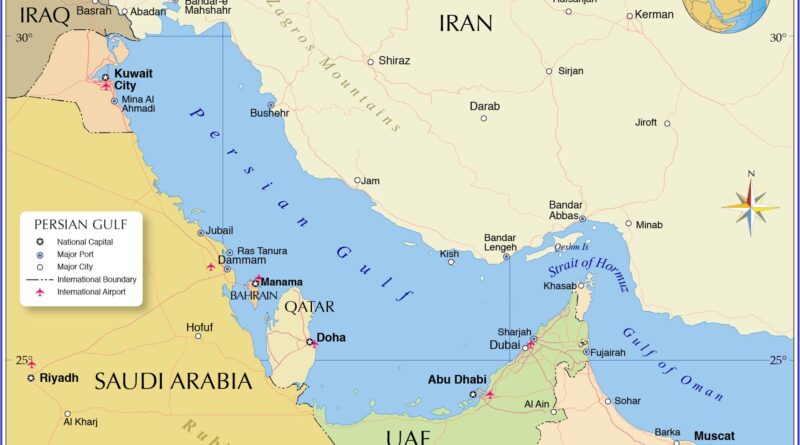 Tanya Vatsa explores how Iran’s regional cooperation and membership of the SCO have gained traction, and how a solution might be found to the nuclear deal dilemma

Iran’s nuclear development dates back to the Mohammad Reza Shah era, when it was initiated by technology exported from the US itself. The Islamic Revolution of 1979 permanently altered the dynamic between Iran and the United States. After years of bitterness resonating from the Iran hostage crisis (1979-81) and the imposed war (1981-89), the two countries finally shook hands in 2015. The Joint Comprehensive Plan of Action (JCPOA), or the Iran nuclear deal, reached between Iran and the P5+1(the US, UK, France, China, Russia and Germany) denoted the urgency of curtailing Iran’s growing nuclear capacity. Iran, however, refused to agree to complete cessation of uranium enrichment and accepted a bar of five per cent with no further development of the Iranian nuclear arsenal. In return, the US would remove sweeping sanctions on Iran, allowing its integration into the global economy – subject to its obedience to the pact.

Then, in 2018, the Trump administration sabotaged the progress made by President Obama by unilaterally pulling out of the JCPOA. This pact, without its enabler, was as good as void, though Iran continued to call out to the other members for support and continued trade and investment. But the Iranian economy had become ‘conditional’ due to the crippling sanctions imposed on business with Iran.

Meanwhile, Eastern regional cooperation has gained traction, mainly due to the economic and security concerns of a volatile neighbourhood. Against this background, the Shanghai Cooperation Organisation (SCO) was created, based on mutual respect for diversity, non-alignment, and the non-targeting of anyone representing the eastern values of non-imposition of national ideologies. It can be seen as a response to the west’s wide spread propagation of its brand of liberalism.

An economic and military organisation that is anti-western in outlook, the SCO’s membership includes China, Russia, the five Central Asian economies, India and Pakistan. At its Dushanbe summit, it inducted Iran as a full member, making it the first regional or multilateral alliance to which Iran is a party.

Selfish purposes lie behind Russia and China’s backing of Iran

Membership of the SCO would have been a distant dream had China and Russia not been seeking to improve their ties with Iran. This has become imperative as both countries are also parties to the JCPOA, which remains stalled.

Iran’s tilt towards its neighbourhood was affected by the new conservative Raisi regime which, contrary to the more moderate Rouhani regime’s western pivot, believes that interconnectedness with its Asian neighbours will end its economic and geopolitical isolation. While Russia has remained a long-term ally, with its military assistance to Iran in wars in Lebanon and Syria, China remains its top trade destination, despite the sanctions, which primarily curtailed most foreign investments. Apart from exporting almost half its oil to China, Iran is also looking directly at China’s Belt and Road Initiative for large scale infrastructural investment to lift its recession-ridden economy. With its strategic geographic location at the head of the Persian Gulf(which hosts nearly two-thirds of the world crude oil reserves), Iran would be a lucrative and crucial destination for the Chinese connectivity project. The Chinese plan of about US$400 billion for a 25-year investment, in return for access to Iran’s gas and oil reserves, reinforces that the 84 million-strong market makes for a valuable business destination.

The acceptance of Iran by the Eastern bloc might be a diplomatic win against the US’ ‘maximal pressure’ approach, pulling Iran out of its geopolitical isolation. Additionally, there is much to gain in human resource training and development, technological transfer, military exercises and security cooperation within the SCO framework. A recent product is the upcoming Russia-China-Iran military drill in the Gulf. The Shanghai spirit of acceptance of differences and non-imposition of culture works in the interest of Shi’ite Iran amid Sunni majority Islamic states. However, it is not clear what it implies for the future of the nuclear deal.

The Rouhani regime was keen on re-shaping its long-term animosity with the west, but the US may not find the same enthusiasm for this in the Raisi regime. In addition to regime change, the support from Russia and China is likely to lengthen the list of concessions that Iran may demand before the resumption of the deal and inspection by the International Atomic Energy Agency.

The role of Russia and China becomes crucial as they are party to the JCPOA and are also permanent members of the UN Security Council. Though they have made it clear that they would like to see Iran back at the negotiating table, they are likely to monitor pressure coming from the US and European nations. According to experts, it is unlikely that fresh sanctions would be imposed against Iran as Russia and China might block any such move by the west. Russia had, after all, blocked an arms embargo against Iran in UNSC, proposed by the US after the unilateral withdrawal from the deal.

Despite a change in Iran’s global standing, its most profitable export is still heavily sanctioned, preventing the diversification of its export portfolio and expansion of income sources. With the US being one of the critical drivers of the global economy and politics, it is becoming crucial for Iran to revive the JCPOA and save its distressed economy. While SCO membership is a starting point for its integration into the international community, it has little to contribute to investments with the sanctions still in place.

Iran may be encouraged by the upfront support of Russia and China as it gets back to negotiating the deal. However, selfish purposes lie behind both countries’ backing of Iran, primarily driven by their rifts with the US. Russia and the US share a history of mistrust and suspicion, while recent developments in the South China Sea and Indo-Pacific have widened the gulf between the US and China. Historically, major global powers tend to wage their wars on a third battlefield – a sophisticated form of hostility is often diplomatic.

Re-negotiating the deal and asking for reasonable concessions may best serve Iran’s interests. It could negotiate its nuclear capability for the revival of the economy, trade concessions and trade agreements with regional blocs like the EU. Iran will gain from the lifting of sanctions through foreign investments in services like banking, insurance, transport and the like. A more significant win for Iran would be trade agreements with its Asian neighbours, including the currency swap agreement with Russia, which is in the pipeline.

To find a real solution to the nuclear deal dilemma, the US will have to gauge the current global winds, which have changed since 2015. Iran persisted through its severe sanctions and maximal pressure tactic, proving to be a formidable nation-state despite the precarious economic and security conditions. Its full membership of the SCO makes it a regional player in eastern politics, and the west must accept that its high-handedness may not prove fruitful anymore. Just like Obama, Biden must also grant Iran its inalienable right to peaceful nuclear power and revive the deal with valid concessions to benefit the Iranian citizenry.

With a delicate diplomatic manoeuvre, the Raisi regime may use Iran’s Eastern proximity as leverage to hammer a compromise from the west. However, they might have to allow all voices, moderates and liberals included, to be heard within the country and weigh up the situation cautiously. Many nations have lost external battles due to internal differences. It’s time for Iran to unite in its endeavour for global acceptance as a rising nation-state before tilting the scales too heavily on either side.

Tanya Vatsa is a law graduate from National Law University, Lucknow, and a former assistant advocate. Her writing on international relations has been published by the Diplomatist, International Policy Digest and The Kootneeti