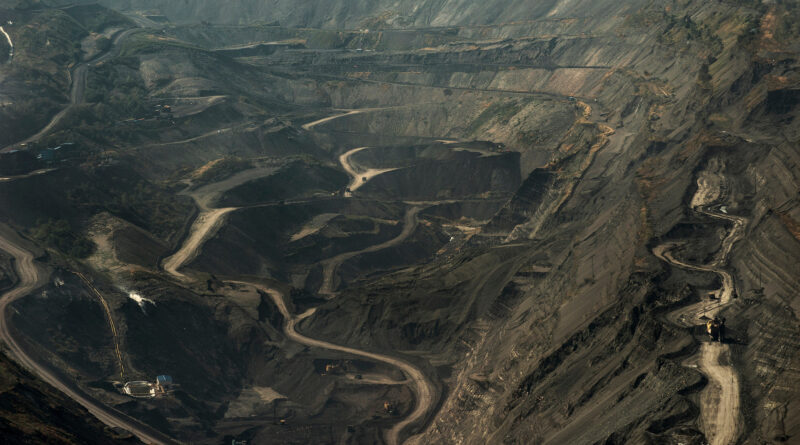 When will Asia kick its coal habit?

India and China were both criticised at the UN climate conference in Glasgow for watering down a commitment to end the use of coal. Nicholas Nugent considers Asia’s obsession with this fuel, and wonders whether the criticism was misplaced

It is easy for the rich countries of Europe and America, which in previous centuries fuelled their industrial revolutions with coal, to criticise coal use by those still that are still developing. Many Asian nations have vast reserves of coal, so it is both easy and cheap to use this natural resource to generate electricity and power industry.

Unfortunately for them, coal burning is now ‘public enemy number one’: a major source of global warming and top of the list of fuels responsible for carbon emissions. Two years ago, UN Secretary General António Guterres told a meeting of ASEAN nations in Bangkok that Asia had to get over its ‘addiction to coal’. Yet the evidence of November’s COP26 meeting in Glasgow is that some are having difficulty doing so.

On the ‘good’ list are Indonesia, Vietnam, South Korea and Nepal, which pledged to end the use of coal. Indonesia and Vietnam are major producers as well as burners and Indonesia is a major supplier to China and India, as well as to Japan and South Korea.

The main focus of criticism for the slow pace of change was aimed at China, which is responsible for 30 per cent of global carbon emissions, and India, at 7 per cent – the same as the 27-member European Union. The United States comes between these two major offenders at 14 per cent, according to Our World in Data. Bracketing all Asian countries together shows the continent is responsible for a massive 53 per cent of all carbon emissions.

In India it has been estimated that 485,000 people work in coal mining and production

Both China and India have signed up to the target of zero carbon emissions. But while the UN aim is to achieve this by 2050, China set itself a target to do so by 2060 and India only by 2070 – to the disappointment of delegates to COP26. China says it has yet to reach ‘peak’ coal use, so its carbon emissions may rise further over the next three or four years.

Before China and India are assigned to the ‘blacklist’, let us consider some explanations and mitigations. Firstly, more than a third of the world’s population lives in those two countries, so it is hardly surprising that they are key emitters. When you consider emissions per head of population, China and India are far less to blame than many developed nations, including the US and EU countries.

Moreover, China and India have massive resources of coal so it is only natural that they use what they have in preference to importing. And, unlike the United States, they have relatively little oil and natural gas to substitute – so ending the use of coal means importing other fossil fuels or boosting renewables.

China, under President Xi Jinping, is committed to industrialisation, which uses a lot of energy, while in India Prime Minister Narendra Modi’s government aims to bring electricity to the 10 per cent of households not yet connected to the grid. The United Nations’ Sustainable Development Goals put poverty alleviation and elimination of hunger first and second – above affordable and clean energy at seventh place, and climate action at thirteenth. So enabling rural dwelling citizens to cook with electricity rather than with wood or coal is a high global priority.

Industrialisation in China contributes to its own development agenda but also makes goods for the rest of the world. If it were suddenly to reduce manufacturing to attain climate goals, the world would have to look elsewhere for its imported clothing, textiles, pharmaceuticals, toys, electronics and solar panels. Production in India and China has already slowed this year because of fuel shortages.

Then there is the human impact to consider. In India it has been estimated that 485,000 people work in coal mining and production, while in China the figure may be as high as 6 million, according to various estimates. That is a lot of people for whom the state will need to find alternative livelihoods when coal production ends if those countries are to avoid social and problems.

On the other hand, both Asian economic superpowers are doing plenty to reduce their dependence on coal for energy. More than a quarter of China’s and a fifth of India’s electricity is already generated from renewable sources. Both countries use nuclear power and have major hydroelectric schemes. China boasts some of the largest onshore wind farms in the world and is the major producer and exporter of solar panels.

India has one of the first airports powered entirely by solar-generated electricity – at Kochi in Kerala. That may sound counter-intuitive, given the imperative to reduce air travel, but India is also extending its railway network to almost every state and has its own target to fuel the railway network exclusively from renewables.

China’s railways already reach all corners of the vast country – even to Tibet and Xinjiang – in many cases at high speed, reducing the volume of air travel. Installed solar energy capacity is nearly three times that of the United States. Electrically-powered two-wheelers are ubiquitous in China, having caught on far faster than electric four-wheeled vehicles are arriving in developed countries.

None of this negates the need to reduce – and ultimately eliminate – the burning of coal if the aim of preventing mean temperatures rising beyond 1.5C above pre-industrial levels is to be achieved. All 197 countries attending COP26 signed up to this target. China and India are just asking for more time to achieve the necessary transformation in how they generate electricity.

Nor is Asia untroubled by climate change and the polluting effects of coal use. Of the 100 most polluted cities in the world, 49 are in India and 41 in China, according to data collated on the IQAIR website. Both countries have suffered recent episodes of severe climate change-related flooding.

Australia was also unwilling to end the use or mining of coal. It is a high user and exporter to both India and, until recently, China. Yet its horrific forest fires last year were put down to climate change, and Prime Minister Scott Morrison is a belated convert to the campaign to end the use of fossil fuels eventually. Indonesia, a coal producer that has pledged to end the use of coal, fears its capital city, Jakarta, could be inundated if climate change causes sea levels to rise.

Asian countries can point to the US, where coal burning has increased by almost 20 per cent in the past year, keeping the country at number two in the emissions table. However, the US expects coal use to diminish through market forces, as its plentiful supply of shale gas proves cheaper to bring to market than coal. In Europe, a sharp fall in the price of wind turbines and solar panels is having a similar effect on the market in fossil fuels.

These are economic models others may adopt: to make alternative fuels cheaper, possibly by taxing coal use. All countries agreed in Glasgow to stop subsidising fossil fuels, notably oil.

There is another ‘get out’ clause that may prove attractive to those countries faced with winding down their use of coal. The conference’s final document speaks of phasing out the ‘unabated’ use of coal.

Whichever country can first find a cheap way of capturing the carbon given off when coal is burned, and burying it or putting it to productive use, will gain the right to continue to burn coal without causing carbon emissions.

Nicholas Nugent, who formerly reported for the BBC, keeps a close eye on energy developments in Asia