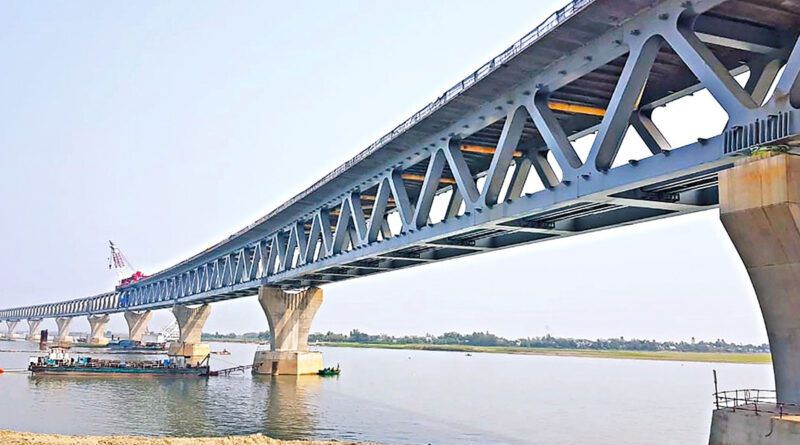 Fifty years on from its birth, Bangladesh’s economy is thriving. Syed Badrul Ahsan looks at the reasons behind this success story

Bangladesh is poised to graduate from Least Developed Country status to that of a middle income country. This development is certainly one that pleases the government, led by Prime Minister Sheikh Hasina.

There are many reasons why the government can take pride in the progress that has been made since January 2009, when the Awami League returned to power under its present leader. A prime reason for Bangladesh’s economic strides during these years has been the emphasis on investment, both local and foreign, which the government has placed on its economic planning. This stress on a widening of the free market economic structure has been at the core of its trade and investment-related policies. Moreover, another principal aim of the government is thought to be the creation of a welfare state, however rudimentary, for a population of 160 million-plus.

In this 50th year of Bangladesh’s emergence into independence, its citizens aretaking justified pride in the fact that the giant Padma Bridge has been built with the country’s own resources. One recalls the time when the World Bank, which had been scheduled to finance the bridge project, raised allegations of corruption over the issue, even before the construction got underway. Those allegations turned out to be misplaced but were enough to have the government decide to complete the task on its own. The results have been satisfying for citizens.

In these present times, as Bangladesh prepares to celebrate the 50th anniversary of its liberation next month, plans aplenty are in the pipeline where investment from both abroad and within the country is concerned. The Bangladesh Economic Zones Authority (BEZA), a principal actor in the formulation and implementation of investment-related plans, envisages the creation of 100 economic zones in the country over the next 15 years. A good number of such zones have already come under operation and once these projected 100 zones are built and launched, the benefits accruing from such programmes can easily be surmised. Foreign Direct Investment (FDI) has, despite the ravages wrought by Covid-19, been growing. Prior to the coronavirus hitting the country, FDI amounted to as much as $2.4bn.

Within the country, local investment has grown in a number of areas, specifically education, SMEs and the garment sector. The latter, battered by cancelled orders from abroad in light of the coronavirus pandemic, has gradually been returning to normality in the last few months, with new orders making their way to Dhaka from buyers in Europe.

Then there is the remittance issue, involving Bangladeshi workers engaged in the Middle East and South-East Asia. Again, after a rather long slump given the Covid-19 situation, they have been making their way back to their work places. Remittances sent home by these workers over the last couple of decades have not only improved the economic conditions of their families but also strengthened the country’s national economic structure, to a point where it is now difficult to imagine the national economy without its remittance component. Currently, the government is engaged in plans to raise the skills level of workers to be sent abroad, essentially making it possible for them to reach a higher niche of income generation.

The national emphasis on foreign investment can be illustrated by a recent seminar held in London on the sidelines of the COP-26 summit in Glasgow. Presided over by visiting Prime Minister Sheikh Hasina, the seminar (Showcase Bangladesh 2021: Bangladesh-UK Investment Summit) was a clear message to British businesses that the atmosphere for investment in Bangladesh is today conducive to the attainment of mutual progress.

In recent years, the government has gone for a change in its diplomatic strategy through stressing the requirement for Bangladesh’s missions abroad to undertake economic diplomacy. The economic wings of the missions in Europe, North America and South-East Asia have all been re-engineered towards having the nation’s diplomats develop ties with prospective investors in the capitals where they function. The degree to which Bangladesh attaches importance to foreign investment, as well as the expansion of its exports abroad, have been underpinned by the fact that in recent years the government has initialled as many as 30 bilateral agreements with foreign governments.

At this point, Bangladesh’s GDP stands at $310bn. The projection for 2022 is that the figure will rise to $340bn. The country is on a well-defined economic path. What must now follow is the development of a fully responsive and well-articulated social security system for its growing population. Increased foreign investment will open up the employment sector for young Bangladeshi men and women. At the same time, the government will need to reassure Bangladeshis, as well as investors abroad, that bureaucracy will be decisively tackled and corruption will be met with zero tolerance.