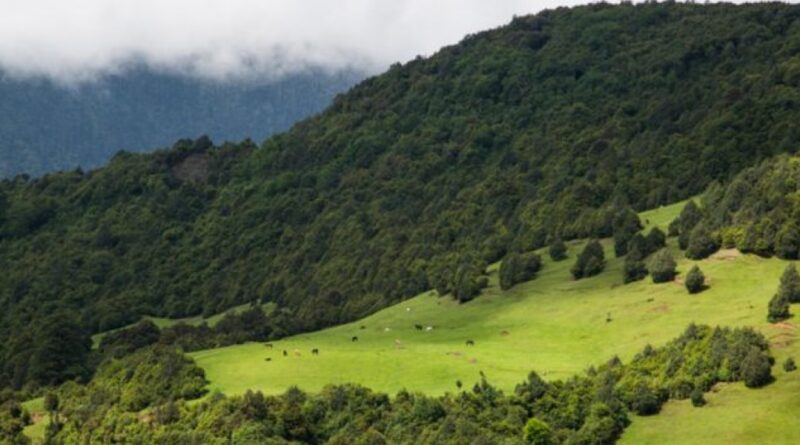 A recently signed border pact between Beijing and Thimphu flags up the need for India to recast its strategy to counter China, warns Amit Agnihotri

China’s act of grabbing Bhutan’s territory and then coercing the tiny Himalayan kingdom to resolve the border disputes has opened up a security situation in South Asia, forcing India to review its strategy to counter the Asian Dragon.

The China-Bhutan boundary dispute has assumed geopolitical overtones as it relates to India, which enjoys close relations with Thimphu but has a long-pending border row with Beijing.

Sharing a border over 400km long, China and Bhutan have been talking since 1984 to resolve the various boundary disputes, which together involve over 750 sq km of territory. This latest pact is expected to provide a three-step roadmap for the same.

India’s role becomes crucial here, as it has long been advising Bhutan on external affairs and training its military, and is widely seen as a challenger to the Asian Dragon.

In order to counter India’s influence in South Asia, China took Pakistan under its wing and has been trying to make inroads in Sri Lanka, Bangladesh and Nepal. Now, through the border pact with Bhutan, it is trying to get a diplomatic grip over the tiny Himalayan kingdom, as Beijing still does not have a consulate in Thimphu.

But that is only half the story. The real reason why Beijing pressured Bhutan to sign the border pact is to gain control over strategic areas, in order to target New Delhi.

China claims land in north, western and eastern parts of Bhutan but for decades, Beijing has been trying to hard-sell a package to Thimphu that will help it gain control over the Doklam plateau in the west, in exchange for giving up claims over northern areas.

Thimphu has refused the package deal, indicating it was in no mood to play one neighbour against the other.

Close ties between India and Bhutan go beyond the 1949 Treaty of Perpetual Peace and Friendship, which was replaced with the 2007 India-Bhutan Friendship Treaty, where the operating line is ‘neither government shall allow use of its territory for activities harmful to the national security and interests of the other’.

The Doklam area has no significance for Bhutan but it can give a military advantage to China’s People’s Liberation Army in the Chumbi Valley by providing them access to the Zompelri ridge, which overlooks the 27-km long Siliguri Corridor, or ‘chicken’s neck’, which connects India’s north-eastern states with the mainland.

After the 1962 border war, the People’s Liberation Army continued intrusions across the border but ties between the two countries reached a flashpoint in 2017, when New Delhi blocked Beijing’s attempts to build a road in the tri-junction Doklam plateau in Bhutan.

It took almost 73 days for the stand-off to be resolved and even triggered fears of a war between the two Asian giants. In the end, the PLA troops retracted from the disputed site, although they did not leave the area entirely.

Since then, China has been building roads in the Doklam area, which allows it to move PLA convoys closer to the Indian border.

India intervened in the matter because Bhutan had urged it to do so and New Delhi’s security interests were involved in the dispute. Yet Beijing illogically blames New Delhi’s military assistance to Thimphu as an infringement on its sovereignty.

Taking China’s aggression into account, India had been pushing infrastructure development along the Line of Actual Control in eastern Ladakh over the past years, ringing alarm bells in Beijing.

If the Doklam face-off gave the world a glimpse of China’s machinations, deliberate violation of the LAC in eastern Ladakh in May 2020 by PLA troops revealed Beijing’s game plan.

Over the past 20 months, the Asian Dragon hasangered India by making irrational claims along the LAC, and surprised Bhutan by claiming its Sakteng wildlife sanctuary for the first time.Actually, the Sakteng claim aimed at bringing Bhutan, which had withdrawn from the border talks in 1996 under India’s influence, back to the negotiating table.

After Bhutan backed off from border talks in 1996, Beijing was forced to freeze the boundary as it was in 1998.

The border talks resumed, but so did encroachments by China, which settled its cattle-grazing communities, deployed military and built villages on Bhutanese territory. China exploits the situation knowing well that the tiny Himalayan kingdom, with a population of 750,000 spread across 38,000 sq km, lacks resources to patrol the border.

The bait for Thimphu is that peaceful resolution of the border dispute will lead to greater investments from the Asian Dragon.

Given that trade between India and Bhutan more than doubled from $484 million in 2014-15 to $1,083 million in 2020-21, Thimphu is keen to strengthen economic ties with New Delhi but does not want to get embroiled in the growing India-China rivalry.

After hitting a low following the 1962 border war, India-China relations normalised in 1988.

However, an aggressive streak in China’s foreign policy started showing in 2008 and led to regular intrusions by PLA troops across the LAC, including at Chumar (2014), Demchok (2016) and Doklam (2017).

Although the Doklam face-off soured India-China relations, Beijing’s 2020 LAC aggression took a bloody turn on June 15 when 20 Indian soldiers died in the Galwan valley clashes.There were an equal number of casualties on the Chinese side, though the Asian Dragon has acknowledged only four.That single incident caused India-China relations to plummet and created a deep distrust in New Delhi.

Despite India and China having held several rounds of talks over the past year between their military commanders, the LAC face-off is far from over.The reason is that China seems unwilling to de-escalate border tension as it continues to deploy PLA troops along the LAC and is constructing villages on disputed land in Arunachal Pradesh.

In the past, New Delhi has rejected Beijing’s claims over Arunachal Pradesh and has allowed Tibetan spiritual leader Dalai Lama to visit the Buddhist town of Tawang several times.

Marking a shift in its China strategy from defensive to offensive, India deployed matching army contingents and other assets along the LAC, speeded up infrastructure development along the border and tested a few high-tech missiles to boost its military preparedness.

To pinch Beijing financially, New Delhi banned several Chinese apps over charges of spying and blocked a number of its firms from getting lucrative contracts in the country.

Yet reducing Chinese imports remains a challenge for India, which had earlier rejected China’s ambitious Belt and Road Initiative, saying that its flagship project, the China-Pakistan Economic Corridor, passes through Kashmir areas illegally occupied by Islamabad.

To bring international pressure on China, India has actively participated in the US-led Quad, which has vowed to ensure a free and open Indo-Pacific to counter Beijing’s aggression in the region.